Why the Peaceful Majority is Irrelevant 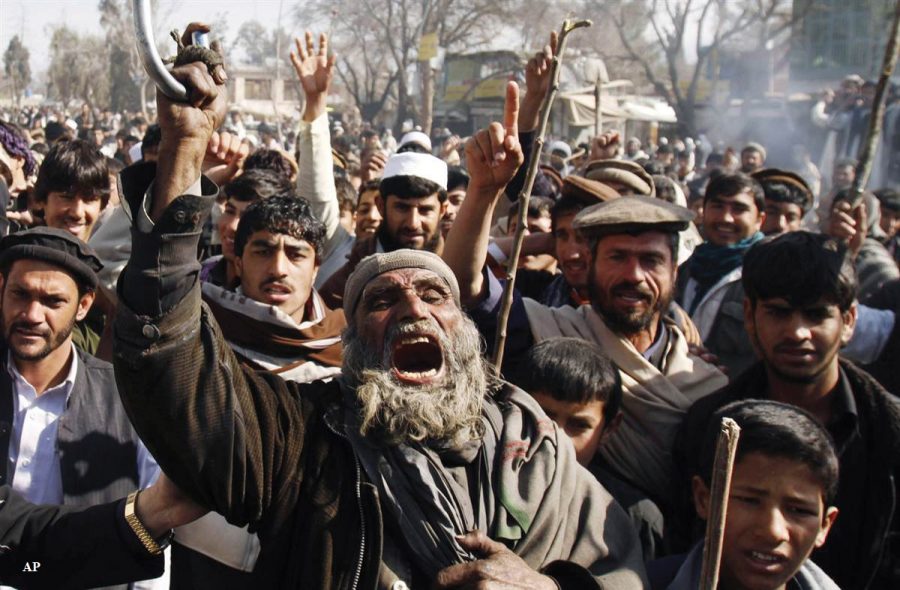 When we are overseas on speaking tours, people have often told us they are not free to speak the truth about radical Islam, the Quran, or Muslim hatred of Christians, Jews and Israel. Bible believers are afraid of being declared Islamophobic and being prosecuted in court. There have been such cases in Europe and North America.

Paul E. Marek, an educational consultant and blogger, is a second-generation Canadian whose grandparents fled Czechoslovakia prior to the Nazi invasion of 1938. A widely circulated essay he wrote over a decade ago is a warning against inaction.

I used to know a man whose family were German aristocracy prior to World War II. They owned a number of large industries and estates. I asked him how many German people were true Nazis, and the answer he gave has stuck with me and guided my attitude toward fanaticism ever since.

“Very few people were true Nazis,” he said, “but many enjoyed the return of German pride, and many more were too busy to care. I was one of those who just thought the Nazis were a bunch of fools. So, the majority just sat back and let it all happen. Then, before we knew it, they owned us, and we had lost control, and the end of the world had come. My family lost everything. I ended up in a concentration camp and the Allies destroyed my factories.”

We are told again and again by experts and talking heads that Islam is the religion of peace, and that the vast majority of Muslims just want to live in peace. Although this unquantified assertion may be true, it is entirely irrelevant. It is meaningless fluff, meant to make us feel better, and meant to somehow diminish the specter of fanatics rampaging across the globe in the name of Islam.

• Communist Russia was comprised of Russians who just wanted to live in peace, yet the Russian Communists were responsible for the murder of about 20 million people. The peaceful majority were irrelevant.

• And who can forget Rwanda, which collapsed into butchery? Could it not be said that the majority of Rwandans were “peace loving”?

Peace-loving Germans, Japanese, Chinese, Russians, Rwandans, Bosnians, Afghanis, Iraqis, Palestinians, Somalis, Nigerians, Algerians and many others, have died because the peaceful majority did not speak up until it was too late. As for us, watching it all unfold, we must pay attention to the only group that counts: the fanatics who threaten our way of life.

Previous An email message at three in the morning

Next Do Jews have too much power and influence?