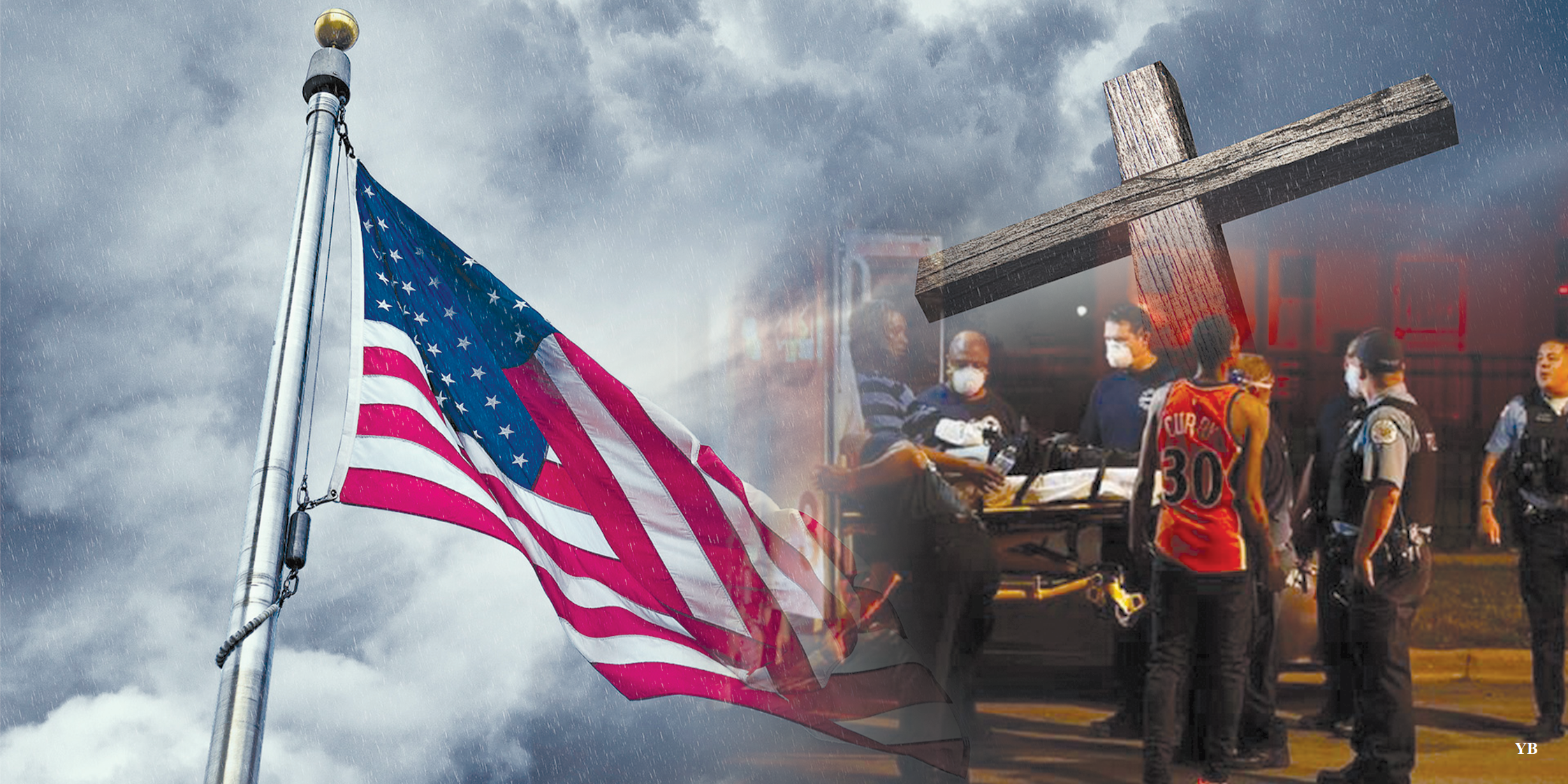 I recall Billy Graham once saying, when he was a guest on “The Merv Griffin Show,” a popular American TV talk show, “If God doesn’t punish America, He’ll have to apologize to Sodom and Gomorrah.” Rev. Graham was quoting his wife, Ruth, who had first made the remark in 1965.

They were commenting on the grave social and political troubles in America beginning in the 1960s. Still, there were values of morality, faith and national pride which governed most people’s lives. 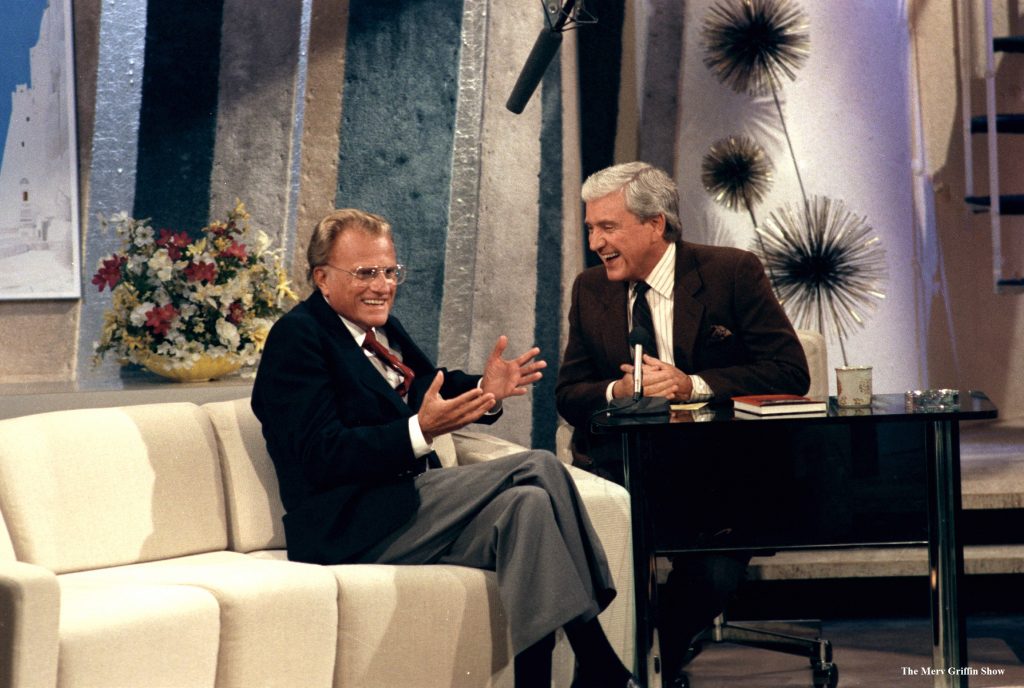 When I left California in the 1990s, speech was mostly civil, TV broadcasts were free of nudity, and federal regulations protected children from “adult” themes.

Not today. America shares much with European permissiveness. Comedy is awash in vulgarity, pornography is pervasive on the airwaves and young children (with government approval) are purposefully exposed to all forms of sexuality, considered healthy expressions of self. Anything Goes is the philosophy.

To no surprise, crime has surged. On the July 4 Independence Day weekend, 189 people in the United States were killed and more than 500 were injured in shootings in a 72-hour period (Fox News, July 6, 2021).

A popular minister lamented recently: “America’s in a moral free fall….You murder the babies in the womb. If they survive the womb, you try to seduce them into sexual deviation when they’re young. If they survive that, you corrupt them with a godless education. If they survive that, you have divorce in the family. And if they grow to be adults, we drown them in a sea of pornography. This is a nation so far down in the sewer of immorality and wickedness that nothing surprises me” (John MacArthur, on “The Ingraham Angle”, Fox News broadcast, April 15, 2021).

America’s faith has been affected by all this. Some people’s faith has strengthened in response, but research shows a different picture.

The respected pollster George Barna revealed recently that during the past two decades, Americans, and young people in particular, have adopted a non-biblical worldview, a “watered-down, feel-good, fake Christianity” (Christianity Daily, May 04, 2021). The concepts of sin, divine blessing and redemption are absent. Doing good to others while helping oneself to be happy, is the norm. God is a distant, uninvolved figure. In the vacuum of faith, many youths are being lured by Marxism.

In that setting, Israel becomes irrelevant. The concept of Israel as a light to the nations, as the beneficiary of prophecy fulfillment, as a nation with a dynamic, divinely protected role in current events, doesn’t exist.

Worse, when news media show pictures of apartment buildings collapsing in Gaza, without mentioning the Hamas terrorist base within the building, and without mentioning that hours earlier the Israeli army notified the landlord to vacate the residents, then it is to be expected that badly informed Americans will see Israel as the oppressor and Gazans as the victims.

When “dozens” of Hamas rockets fired at Israel are mentioned in passing by the news media, while the actual figure is 4,340 rockets fired from within schools, mosques and residences, then Israel will be viewed as the bully attacking disproportionately.

When shrill political voices from within the American Democratic Party declare Israel an apartheid state, not mentioning that there are even Muslims on the Israeli Supreme Court, then naive voters will believe boycotts of Israel should be imposed.

The Jewish community has also been impacted. Shockingly, a quarter of US Jews, mostly non-religious and liberal, think Israel is an apartheid state (The Jerusalem Post, July 14, 2021). Like the biblical tribes of Israel, Reuben and Gad, who wanted to remain on the eastern side of the River Jordan rather than cross over into the land with their fellow tribes (Num. 32), these dissenters are rightly seen as “abandoning their people at the very time they [are] needed most” (Covenant & Conversation, “Conflict Resolution,” Rabbi Lord Jonathan Sacks, 2021).

So, Israel may win battles militarily, but international public opinion sees Israel as an imperialistic aggressor oppressing a helpless minority.

Those who believe will trust

It is not far-fetched to expect this trend to continue and American (and international) support for Israel to wane. Israel will continue to defend itself, as always, at the United Nations, in international courtrooms and newsrooms. These are battlefields, as are those on Israel’s northern and southern borders.

By coincidence, my erstwhile doctor in America wrote me this morning and said, “This would be a good time for Messiah to come.” Amen to that, I replied. For those who believe in God’s written promises, the signs are around us. Hatred, anger, fear, doubt, disbelief, anarchy and conflict are rampant, but a remnant has faith.

God’s Word is reassuring, for when other men and other nations fail us, Bible believers, whether Jew or Christian, declare, “Not by might, nor by power, but by My Spirit, says the LORD of hosts” (Zech. 4:6). “O Israel, trust in the LORD: He is their help and their shield” (Ps. 115:9).

Previous Of snails and sensors

Next Jerusalem’s survival as the Jewish capital threatened