A woman once asked me, “Does the pattern and color of your kippah [or yarmulke, skullcap] represent your tribe?” She was referring to the Twelve Tribes of Israel and must have thought kippah designs were similar to Scottish tartans that identify clans.

“No, it’s a matter of personal taste,” I answered. In fact, the different designs can reflect one’s level of religious observance, even political leanings or other affiliations.

Someone else asked me recently, “How are these groups that rediscover their Jewishness after hundreds of years assigned to a tribe in Israel today?”

Think of the 150,000 Ethiopian Jews (known as Beta Israel) who now live in Israel. They practiced aspects of Jewish faith but were cut off from other Jewish communities for centuries.

Or think of other groups that claim Jewishness, but are not officially recognized as Jews: The Igbo of Nigeria, the Lemba of Zimbabwe, or the Abayudaya of Uganda. Or even simply converts to Judaism around the world. What is their tribal affiliation if they are recognized as Jews or make aliyah (i.e. immigrate to Israel)?

Levites and priests are different

Immigrants to Israel are not “assigned” to a specific tribe of Israel (with two exceptions). Most Jews today do not know to which tribe they belong. Various reasons account for this, including millennia of persecution, repeated expulsions, intermingling of the tribes and even assimilation. Documentation was lost.

In the Diaspora, tribal affiliation no longer had practical application in day-to-day life for most Jews. Over time, knowledge waned. (The question of Jewishness is different, however, as will be shown.)

Two exceptions are the Levites, and one particular family within the tribe of Levi, namely, descendants of Aaron the High Priest. These descendants are known as Cohens (Kohanim in Hebrew, meaning priests). There are three groupings today: 1) Cohens; 2) Levites or Levis; and 3) Israel, a catchall for all other tribes, plus converts and “rediscovered” Jews. These categories are also noted in the Israeli population registry. Ancient tribal borders are not applied in Israel today.

Unlike the others, the tribe of Levi and its sub-group, the Cohens, maintained their distinct identity for millennia. Recent genetic studies have shown that the majority of Cohens worldwide have the same haplotype or genetic markers, implying they are a “family.” This is not used as proof by Jewish religious authorities or even by the State of Israel, but is seen by anthropologists and historians as indicating a common origin from a single ancestor.

Why did the Levites and the Cohens maintain their identity? It was a biblical requirement. Due to the specific duties they had, first in the Tabernacle and later in the Temple, it was necessary for them to guard their lineage strictly. There were biblical restrictions as to who the Cohens could marry. For example, they were not allowed to marry divorcees, converts, non-Jews or anyone of questionable lineage or repute. To do contrary would invalidate the Cohen as a functioning priest. Genealogical lists were kept to prove descent and marriage eligibility. The wife of a Cohen could come from any tribe, but she too had to prove her suitability.

Today there is no Temple, so what is the function of a priest without it? Orthodox Jews believe in the future building of a Third Temple, as prophesied in the Bible. Cohens need to maintain their lineage even today in anticipation of the resumption of priestly duties.

Of course, in secular society there are assimilated Cohens who have married divorcees and non-Jews. But in Orthodox Jewish communities in Israel and around the world, the restrictions are still upheld today.

The Levites and Cohens also have special functions in the synagogue services. For example, since Aaron and his descendants were specifically commanded by God to bless Israel using the Priestly Blessing (Num. 6:23-27), the Cohens are the only ones authorized to pronounce that blessing upon the congregation during services. It is not the prerogative of the rabbi or any other synagogue functionary unless he is a Cohen.

How does a Levi or a Cohen know he is a Levi or a Cohen? In the majority of cases, it is a matter of oral tradition. A father tells his son and so on. He lives in a community in which he and his forefathers have always functioned as such and are known as such. Unlike Jewishness, which is determined through the mother (matrilineal descent), tribal pedigree is determined through the father (patrilineal descent). There is also documentary evidence. Note that Ezra used genealogical lists to determine eligibility for the priesthood.

In order to qualify for immigration to Israel as a Jew, one needs documentary proof that one is Jewish. The same is required in order to marry as a Jew in Israel or in any Orthodox-Jewish community worldwide. Just claiming to be so is insufficient.

Typically, the primary document of proof of Jewishness is a ketuba, one’s own marriage contract or that of one’s parents, signed by reputable witnesses, often distinguished rabbis. The rabbis will have researched one’s Jewish status going back generations before signing such a document at a wedding ceremony. The ketuba text has been used for thousands of years and includes information about parents, as well as tribal affiliation in the case of Cohens and Levis. (A rabbinic divorce document, called a get, provides similar information.) A valid marriage contract implies that all named persons are proven Jewish and, if applicable, are Cohens or Levis.

The principle of Jewishness determined through the mother has biblical support from the Book of Ezra. Jewish men who returned from Babylon, who had married non-Jewish women and had children from them, separated from them and their children as a sign of repentance (Ezra 10:2, ff.). Had the children been considered Jewish due to the father’s Jewishness, there would not have been a need to send the children away too, only the women. This means the mothers were the determining factor.

Additionally, in the New Testament, Paul did not require circumcision of Titus, who was Greek (Gal. 2:3), though some tried to compel him to do so. As a non-Jew, Titus did not need it. Yet, Paul did circumcise Timothy, whose mother was Jewish and whose father everyone knew was not Jewish (Acts 16:1-4). Paul considered Timothy a Jew, subject to circumcision, because of his mother. 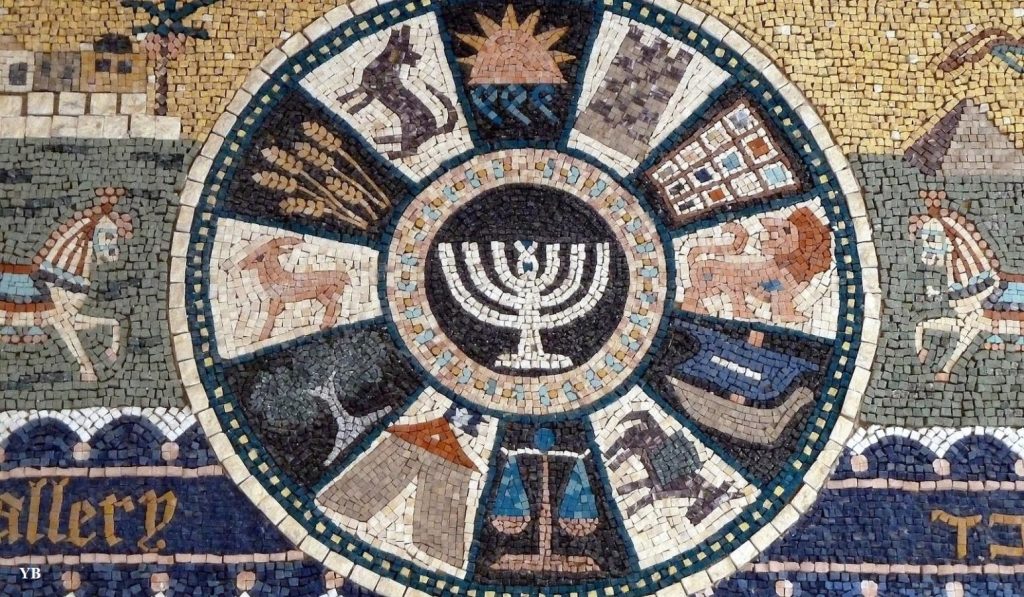 Lost tribes: where did they go?

Asher, Dan, Naphtali and the others. What happened to them? Many people will refer to the “Ten Lost Tribes” of the northern Kingdom of Israel after the Assyrian conquest.

That can be a quagmire considering the many pseudo-historical theories and sectarian beliefs on that matter. There are, however, a few points to note before uncritically accepting the fantasies and speculations of proponents of British Israelism, Black Hebrews and other “replacement” notions.

Jews do not usually speak of the “lost” tribes, but of tribes that were dispersed and some who intermingled. The Northern Kingdom of Israel lost its sovereignty. Many residents were resettled. Foreigners were brought in. Still, this does not mean the tribes were entirely lost.

Despite frequent enmity between the Northern Kingdom and the Southern Kingdom (Judah), we find numerous biblical references to northerners continuing to worship in Jerusalem in the south and even establishing residency (2. Chron. 11:16-17; 19:4; 30:1, 11, 18, 25; 34:5, 6, 9, 33; 35:17-18). In fact, Jerusalem was a “cosmopolitan” city with numerous tribes represented there, including Manasseh and Ephraim (1. Chron. 9:3). We can assume that, at the time of the Assyrian invasion, many northerners with a connection to Jerusalem sought refuge in Judah.

Even after the return from the Babylonian captivity, we find references to not only Judah and Benjamin (the Southern Kingdom).

The New Testament contains notable references. James, the brother of Jesus, addressed his epistle to the “twelve tribes” scattered abroad (Jas. 1:1). Such a reference would make little sense if the tribes of the Northern Kingdom were no longer represented.

Luke mentions Anna, the daughter of Phanuel, of the most northerly tribe Asher, residing in Jerusalem seven centuries after the tribe was supposedly “lost” (Lk. 2:36). Undoubtedly, there were many more such cases. Finally, all the tribes of the children of Israel are referenced in John’s end-time vision (Rev. 7:4-8).

Contrary to common opinion, the southern Kingdom of Judah did not include just two tribes–Judah and Benjamin. The tribe of Simeon (Shimon in Hebrew) was an enclave within the borders of Judah. Further, the tribe of Levi, with its Temple duties, was no doubt well-represented in Jerusalem and surrounding areas, despite not having a specific territory. Add to this the other tribes mentioned earlier.

This is a very general survey of some points related to the issue of the Tribes of Israel. The Prophet Malachi foretold the coming of Elijah the Prophet, heralding the Messianic Age. He said, “And he will turn back the hearts of the fathers towards the sons and the hearts of the sons towards the fathers” (Mal. 3:24 [4:6]). It will be a period of reconciliation among families, but also between Israel and God. No doubt, all questions of tribal lineage will be answered in a restored Israel.

Next A small voice in Sweden influences millions of TV viewers