Unmasking the thugs of the world 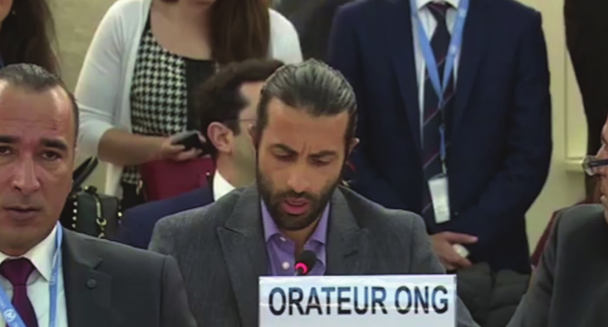 Prime Minister Benjamin Netanyahu has been blunt in naming the enemies of Israel.

To the news media, at the United Nations and at every public forum, he has employed a frank strategy of identifying those inciting and funding terrorism and acquiring weapons of mass destruction. This applies be it the Iranian regime, the Hizbullah terrorists of Lebanon, or the Palestinian Authority oppressors.

In contrast, brazenness has been a tactic of Muslim and Arab states and despotic, dictatorial regimes who have, for decades, used every opportunity, and at the United Nations in particular, to condemn and vilify Israel in unison for every invented crime. For example, on September 25, the usual gang of rogues at the UN Human Rights Council alleged:

These voices have been disputed by various high-profile Muslims and former Muslims (now Christian), who have been outspoken in condemning the nations’ hypocritical treatment of Israel, and in exposing Muslim anti-Semitism.

None has gone as far as Mosab Hassan Yousef. In scathing comments made at the same UN Human Rights Council session, the 39-year-old Yousef denounced the Palestinian Authority as a fraudulent, tyrannical regime not representing the people and accused it of using Israel as a scapegoat for its own human rights violations.

The PLO-PA members sitting in the Council chamber were horror-struck. The video of the comments, with English subtitles, can be seen here: youtube.com/watch?v=c2NaiX-hvVQ&feature=youtu.be .

Such accusations cannot be made nonchalantly. Societies governed by Muslim values and sharia law, and dictatorships, are intolerant. Yousef has received threats on his life and requires guard protection.

From an early age, Yousef was exposed to the methods and horrors of Hamas. His father was one of the founders of the terror organization, whose goal is the annihilation of Israel. Arrested and jailed in Israel numerous times, the son ultimately changed direction, even spying for Israel for 10 years, saying he wanted to save lives from terror rather than be an accomplice to destroying lives.

In 1999, he converted and became a Christian. He sought asylum in the United States in 2007 and now lives in Southern California. In 2010, he published Son of Hamas, his autobiography and testimony, a hair-raising account of “terror, betrayal, political intrigue and unthinkable choices.”

I take the floor on behalf of UN Watch.

My name is Mosab Hassan Yousef. I grew up in Ramallah as a member of Hamas.

• I ask: Where does your legitimacy come from? The Palestinian people did not elect you, and they did not appoint you to represent them. You are self-appointed.

• Your accountability is not to your own people. This is evidenced by your total violation of their human rights. In fact, the Palestinian individual and their human development is the least of your concerns.

• If Israel did not exist, you would have no one to blame. Take responsibility for the outcome of your own actions. You fan the flames of conflict to maintain your abusive power.

• Finally, you use this platform to mislead the international community, and to mislead Palestinian society to believe that Israel is responsible for the problems you create.

Previous The Midrash* on the Mount

Next Confessions of a Former Pro-Palestinian Activist in Hebron