This Time We Know 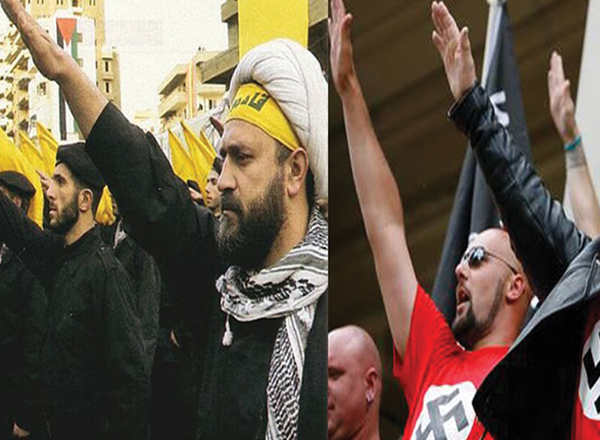 In the last issue of HASHIVAH, I wrote an essay about the perpetuation of the Nazi spirit and its raging against the Jewish population of Israel today (vol. 35, no. 3, “An Old Spirit in the Middle East”). With numerous proofs from history and current events, I cited several especially significant ones. The article was republished in various media and languages. Although many people know Islam encourages anti-Semitism, few know that the transplanting of Nazi racist theory in the Middle East took place so directly and so enduringly, and runs rampant as Jew-hatred.

As I read again from the prayer book in the synagogue during the Yizkor service in memory of the departed, the words of the Kel Maleh Rachamim prayer (O God, full of mercy) recalled the “six million martyrs who were murdered at the hands of the Germans.” As a survivor, I thought of my family members who perished and, in keeping with custom, recited their names. Then I recalled that in the Bible and in most prayer books, mention is usually made of our suffering under the yoke of the Egyptians, but here Germany has been eternalized.

How little we knew

A third thought brings me to this essay. Far too often, I have heard the words, “We didn’t know, and had we helped the Jews, we would have put our lives at risk.” I didn’t argue–for the sake of peace. I lived among Germans and Poles during the War years and knew the mortal danger to those who helped.

Regarding the assumed ignorance, it could be interjected that Hitler in his book, Mein Kampf (My Struggle), as well as in his speeches, repeatedly prophesied about a Jew-free Europe–leaving little doubt about his goal. Some citizens may have still hoped that parliament would be able to restrain the braying rabble-rouser and agitator. With dictatorship, the situation looked very different.

Nor could it have gone unnoticed when all Jewish neighbors were rounded up and “vanished,” and that there were empty places on school benches. Where did they all go so violently? Someone said tellingly, “The SS troops and the camp guards and workers were all sons, brothers, husbands, daughters, sisters or wives–and in contact with their relatives.”

That was then–but today?

Some people lament that, during the time of persecution, they could not help, or didn’t want to, or were not yet alive. How they wish they would have helped the Jews, and what great reward would await such a hero in Heaven!

Dear reader, we still live in that time of Jew-hatred–at least in the Middle East. We cannot put a blanket over it. Whoever could not help at that time can involve him- or herself for the Jews now, today. A Polish-Christian woman showed me the spot where she and other Poles used to throw bread over the wall into the Warsaw Ghetto and remembered hearing truly heartfelt thanks from anonymous voices. How blessed she and those families were for those actions. God’s pleasure exceeded all dangers and losses.

And today? There is a long list of nations, and Germany dominant among them, who provide weapons, manufacturing equipment and materials, know-how and financing to nations whose sworn goal is the destruction of Israel. On whose side are these supplier-nations? Do they not heap new guilt and new sins upon themselves, which God will avenge bitterly?

Do we not know about Iran? Do we not know about Ahmadinejad, who hurls the same accusations against the Jewish people and prophesies their total annihilation as Hitler once did? And how does the world respond this time, when such a tyrant can do so at the United Nations–raging against another UN-member state, Israel–while ambassadors sit and listen? Where are rights and justice, the UN Charter, fundamental law? This is how far we’ve come.

Surely, God will deal with the new Hitler as He did with the old one. Israel’s future is secure.

Due to its misdeeds, the German nation has become tied even to the Jewish prayer services in a negative manner. (Other nations aren’t mentioned, but Hitler had many international accomplices.) How much more significant would it be, then, if nations could be mentioned in a prayer of thanksgiving for their exemplary support as benefactors of Israel? The thought can seem utopian, but for individual friends it is an invitation.

The need to catch up

These are challenging, if not decisive, and earnest words. Yet, for each friend of the Jewish people this is no longer a time where half-meas-ures are enough; you are either for or against. Israel needs you to be engaged–in prayer and in support. As a Jew living in Jerusalem, I am encouraged by these words of the Jewish Jesus, which challenge every Christian worldwide, “Truly I say unto you, Inasmuch as you have done it unto one of the least of these my brothers, you have done it unto me” (Mt. 25:40). Only the one who is a co-worker of God and joins in for Israel’s protection and rebuilding can truly rejoice with Israel.

“Sing, O daughter of Zion, shout, O Israel; be glad and rejoice with all the heart, O daughter of Jerusalem….The King of Israel, even the Lord, is in the midst of you: you shall not fear evil any more. In that day it will be said to Jerusalem, Fear not: O Zion, Let not your hands be slack. The Lord your God in the midst of you is mighty….At that time will I bring you again, even in the time that I gather you: for I will make you a name and a praise among all people of the earth, when I turn back your captivity before your eyes, says the Lord” (from Zeph. 3:14-20).

Previous The Jews: Semites or Khazars?

Next Israel, trust in the Lord: He is their Help and their Shield