The madness of the year gone by 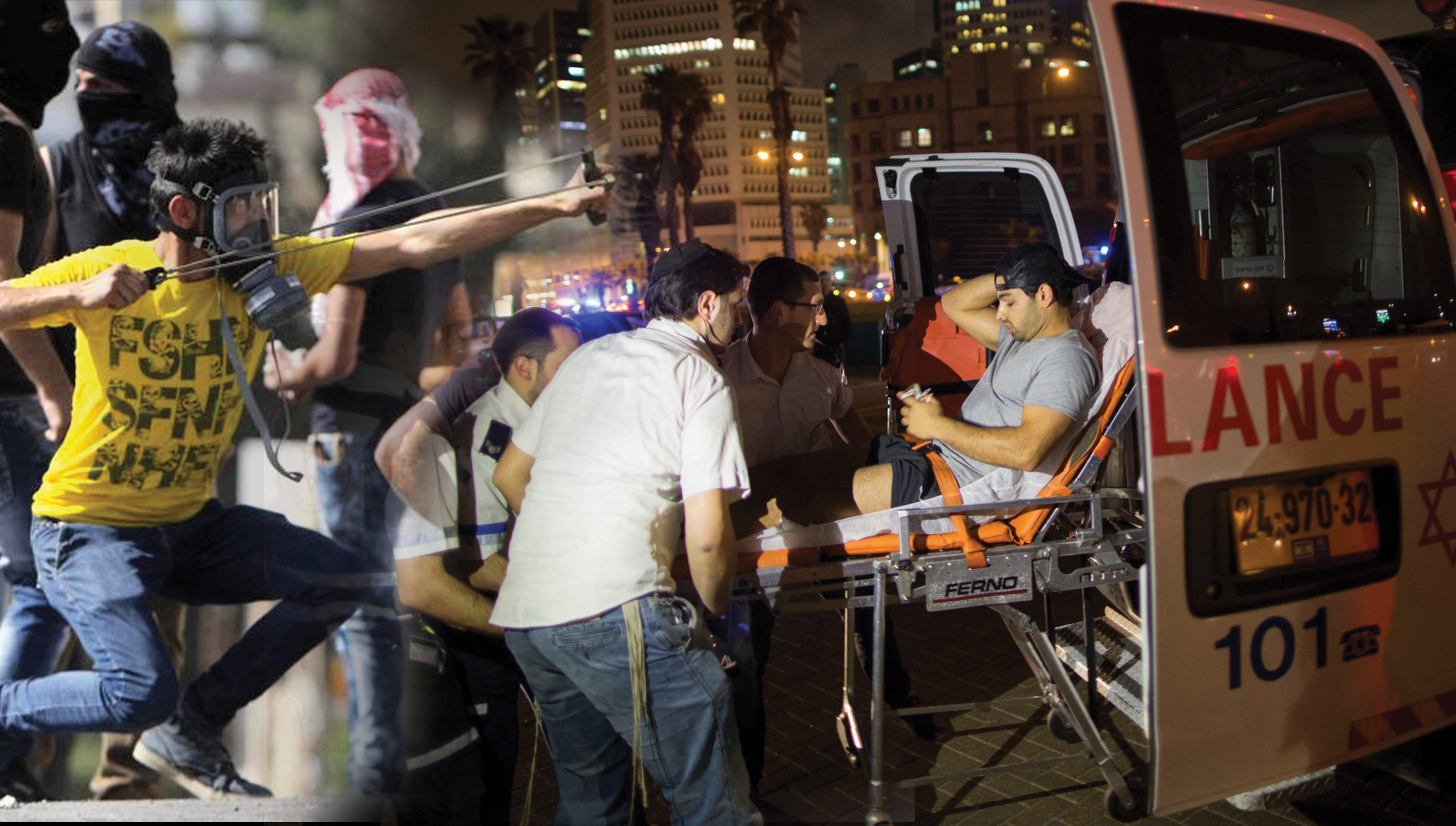 It has been a year of tragedies, threats and disappointments. Terrorism is rampant, the threat of enemies grows daily, and the humanitarians that should be friends betrayed us.

In the year since Rosh Hashanah 5776 (the biblical new year, September 13-15, 2015), when the latest intifada against Israel began, 44 persons, ages 13 to 78, have been murdered, many of them under horrific circumstances. Nine of the victims were rabbis.

In the same time, 558 people were wounded. There were 165 stabbings, 107 shootings, 47 car rammings, and hundreds of rock-throwing incidents.

Meanwhile, a total of 230,000 rockets in Gaza, Iran, Lebanon and Syria threaten Israel. Their much-improved accuracy, many with GPS guidance systems, would overwhelm Israel’s much-praised Iron Dome rocket defenses. The defense establishment is warning the Israeli public of hundreds of civilian casualties in the next round of fighting.

In Gaza, the Hamas terror organization is resupplying its arsenal of rockets, readying for the next war against Israel. Hamas is spending US$100 million annually to build a terror-tunnel network that reaches under the border and threatens Israeli communities.

Its funding, presumably for the rebuilding of Gaza, comes from extortion and smuggling, from Muslims on every continent, who give through local forwarding agencies disguised as charities, and from UN agencies and governments worldwide.

By clever accounting, funds received for social welfare programs, or for building infrastructure–homes, schools and hospitals–are seized and redirected to the terror apparatus of Hamas. According to World Bank data, since 2014, only 15 percent of foreign aid to rebuild Gaza actually ends up in reconstruction projects. (“Ending the Palestinian exception,” Caroline B. Glick, The Jerusalem Post, September 27, 2016)

A vision for the world (without Israel) 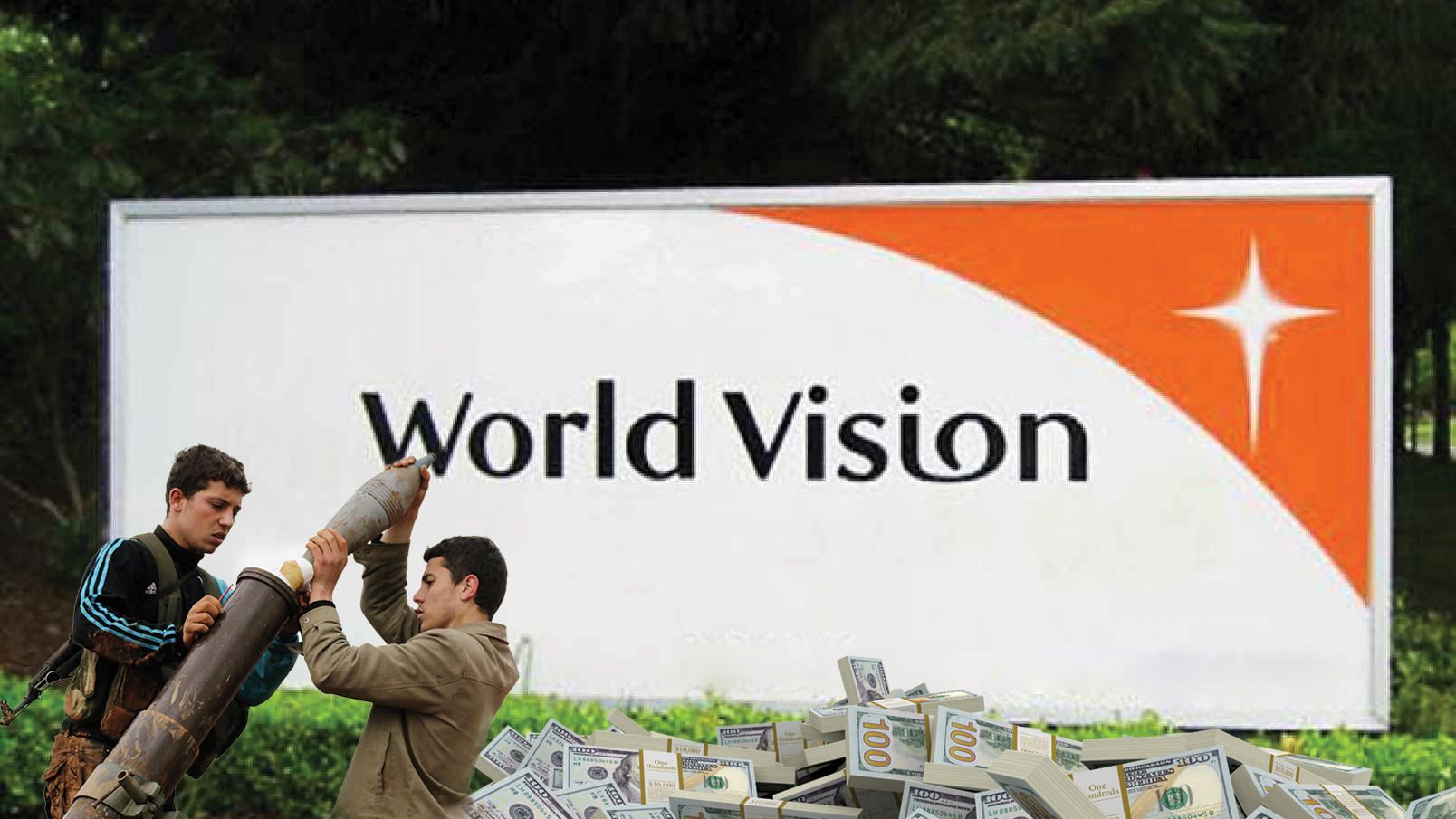 On June 15, the Israeli government arrested Mohammed el-Halabi, the Gaza regional manager of the multi-billion-dollar Christian charity World Vision. He admitted to also being a senior member of Hamas and confessed to transferring US$7 million of the charity’s money into Hamas coffers annually since 2010. 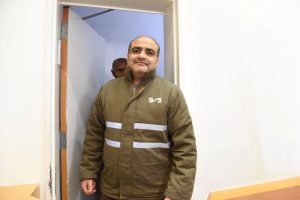 Australia, Germany and Great Britain have halted further funding of World Vision. Other charities, such as Care, Christian Aid, Oxfam, Save a Child and the United Nations Relief and Works Agency, are also under suspicion.

Sixty percent of project funds were diverted to Hamas. Fictitious projects to help farmers, fishermen and the disabled were created. Cash receipts were as rare as unicorns. Project workers were actually Hamas members. Food packages and medical aid went to Hamas operatives. Steel, digging equipment and pipes went to Hamas, not to agricultural aid efforts, according to The Washington Post and Asso-
ciated Press (August 4, 2016). Two days earlier, The New York Times published an exposé of children whose photos were used in World Vision’s Sponsor a Child program, but who never saw any money.

The Israeli government, reluctant to target a Christian organization with millions of donors and known for humanitarian work in a hundred countries, was restrained. It claimed that, without the American headquarters knowing about it, World Vision’s local group was engaged in transferring monies for funding terror–bombs, rockets and guns. But it would be farfetched to assume no one notices when US$50 million disappear.

World Vision’s website lists dozens of countries, from Afghanistan to Zimbabwe, where child sponsorships are available (US$39 a month and up). Israel is not listed. No needy kids there, right? Instead, there is a listing for “Jerusalem/West Bank/Gaza.” That’s no country, but it is certainly a political statement by the brethren of World Vision. Their pro-Palestinian advocacy, and their anti-Israel bias, has been evident on the pages of its regional website for years.

In World Vision’s own description of its mission (IRS Form 990, Schedule O), they state: “Motivated by our faith in Jesus Christ, we serve alongside the poor and oppressed as a demonstration of God’s unconditional love for all people. World Vision serves all people, regardless of religion, race, ethnicity or gender.”

Many Christian believers adhere to such principles and sacrifice greatly for others with their time and resources. But “Christian” organizations that “lose” money that ends up buying weapons, building smuggling tunnels by child labor, and otherwise sponsoring terrorism and war, are motivated by something other than Jesus Christ.

Next Looking for words of peace from a peace partner