The Jews: Semites or Khazars? 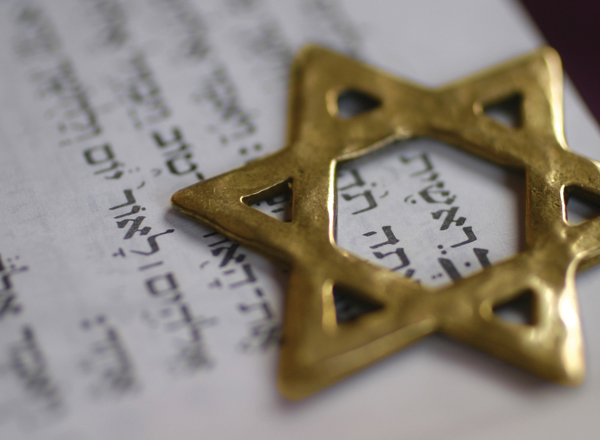 “Jesus was a Palestinian.”

“The Palestinians are the descendants of the Canaanites and the Philistines.”

Such absurd statements are frequently made today by Palestinian Authority spokesmen in a crude attempt to rewrite ancient history. It is part of a campaign to deny the Jewish connection to the Land of Israel, even to write Jews out of history altogether.

Before dismissing such ludicrous assertions as ineffectual, consider that the Arab world has over the last forty years successfully rewritten the history of the Arab-Israeli conflict. World sympathy for Israel, common up to the early 1970s, has been replaced. Today, the Palestinian narrative is generally accepted worldwide and it shapes UN, EU and increasingly US policy in the Middle East.

One of the vilest attempts to historically disenfranchise Jews today is the claim that Jews are not really Jews or Semites at all. Amazingly, even a few pro-Israel activists and publishers in Israel have been duped by it in recent years. Supporting the claim, Palestinian-Arab Lutheran priest Rev. Dr. Mitri Raheb, recipient of the prestigious German Media Prize in 2012 for his so-called contribution to a better understanding between Christians, Jews and Muslims, said precisely that.

At a conference called Christ at the Checkpoint, held in Bethlehem in 2010, Raheb claimed: “[It is an assumption]that the Palestinian people and part of the Jewish people are the continuation of the peoples of the land. It’s not Israel….Actually, Israel represents Rome of the Bible, not the people of the land….If we were to do a DNA test between David, who was a Bethlehemite, and Jesus, born in Bethlehem, and [myself], I’m sure the DNA will show that there is a trace. While, if you put King David, Jesus and Netanyahu, you will get nothing, because Netanyahu comes from an East European tribe who converted to Judaism in the Middle Ages….The Palestinian Christians are the only ones in the world that, when they speak about their forefathers, they mean their actual forefathers, and also the forefathers in the faith. For us they are the same.”

This is nasty stuff, hardly a contribution to improved interfaith relations.

Raheb claims rather clumsily that, in contrast to the Palestinian Arabs, most Jews are not of Semitic stock. He compares Jews to the Romans who were foreign conquerors, brutal interlopers. We are left to conclude that Jews have no justifiable ancestral claim to the Land of Israel. Even worse, they deprive the Palestinians, the “real” Semitic descendants, of their land.

He bases his charge on an unproven, century-old theory that since the early 1990s has been thoroughly discredited. The theory: The majority of Jews today, of European or Ashkenazi background, are not the descendants of Semitic Middle Eastern ancestors, but of previously nomadic Turkic tribes, the Khazars, from central Asia, which converted to Judaism sometime in the ninth century. This Khazar theory was popularized in a book by Arthur Koestler, creating the semblance of historicity.

Raheb propagates a replacement history (in which the Palestinians replace the Jews), relying on debunked racial theories to disendow the Jewish people. As a supporter of the Khazar myth today with an unwavering pro-Palestinian political agenda, he shares company in spirit with radical anti-Israel propagandists, neo-Nazis and white supremacists seeking to delegitimize the Jewish nation. Their ultimate goal: Deconstructing Israel.

The Khazar Empire lasted from the seventh till the tenth centuries and was situated north of the Black Sea, the Caucasus Mountains and the Caspian Sea (the Ukraine and Western Russia today). At its height, it matched the Byzantine Empire and the Islamic Caliphate in power. In the ninth century, Judaism became the official religion of the Khazars when King Bulan converted from paganism to Judaism. The Khazar Empire ended after increased attacks from the Kievan Rus’ to the north and the Muslims to the south.

Some historians believe that only the royals and the aristocracy converted. Others suggest that many of the Khazar nation followed suit. In any case, references to the Khazars and their Jewishness exist in the historical accounts from that time, from Christian, Jewish, Muslim and other sources.

The theory that most Jews today descended from Khazar converts originated in the racial and frequently racist theories popular at the end of the nineteenth century and was propagated later by well-known anti-Semites such as Henry Ford. In the 1950s, even some Jewish intellectuals supported it.

Secular Jewish intellectuals in the Diaspora, assimilated and anti-Zionist, uncomfortable with the notion of a Chosen People, and opposed to the Jewish national enterprise in Palestine, held that Jewishness was at most just a faith, but not a race or nationality. Hoping to discredit Jewish nationhood, they jumped at the opportunity the Khazar theory offered (that Jews were an amalgam of different peoples), declaring it a fact even though historical and archeological evidence did not support it.

The most widely read work by an advocate of the Khazar theory was the book The Thirteenth Tribe (1976) by Arthur Koestler, a Jewish non-historian and journalist. The volume is primarily conjecture, replete with errors of misidentification and mistaken etymologies. Naively, Koestler thought he could defang anti-Semitism by showing most Jews are not Semites. If Jews aren’t Semites, then there is no justification for anti-Semitism, he believed. Predictably, the book became instead a boon to anti-Semites who now added to their arsenal of accusations that Jews were impostors for claiming to be Semitic. Today, Koestler’s book is a favorite on neo-Nazi, anti-Semitic and anti-Israel recommended-reading lists.

So, are the majority of Ashkenazi Jews who once lived in Poland and other East European countries before the Holocaust, and who today make up the majority of Jews in Israel and around the world, the descendants of the Turkic Khazar tribes? No.

Even before the Khazars converted to Judaism and even before they arrived in Eastern Europe, Jewish communities were well established in the region, already since Roman times–in the Balkans, north of the Black Sea and in the Caucasus. Significant Jewish communities existed near today’s Odessa and on the Crimean and Taman peninsulas. Archeological findings reveal Jewish communal life in Phanagoria on the Taman peninsula as early as 51 A.D. Early third-century Jewish engravings have been found in Pannonia (modern-day Hungary). There are references to third-century synagogues in northern Bulgaria, near the Romanian border. Most archeological evidence related to old Jewish communities in the region predates the Khazar Empire.

Historical and other evidence shows that the majority of East European Jews are the descendants of Jews from Central Europe (Germany, Bohemia and Moravia), whose ancestors migrated from Rome and, before that, from the Middle East. Medieval chronicles indicate that Jews fled from Central Europe to Eastern Europe already as a result of the Crusader massacres in the eleventh century. Significant numbers of Jews came to Eastern Europe, especially Poland, in the thirteenth to sixteenth centuries. Polish rulers were relatively tolerant, granting Jews protection, allowing them religious freedom, as well as travel, trade and property rights. Documents identifying land of origin of Jews in fourteenth-century Wrocław (Breslau), for example, indicate that most came from Germany.

The 1400s were marked by dozens of expulsions of Jews throughout Europe that brought more Jews to Poland. Also, edicts forced Jews out of trades and industry causing even more of them to seek livelihoods elsewhere.

In 1500, only 20,000-30,000 Jews lived in all of Poland, out of a total population of five million. By 1575, the general population had risen to seven million, but the Jewish population was now 150,000, a five-fold increase. Poland was viewed as the safest area for Jews by 1500 and it became the heartland of Ashkenazi Jewry.

Unlike the Khazar theory of Ashkenazi origins, the migrations of Jews from Central Europe to Eastern Europe are documented history.

There is, however, another proof that has ended speculation as to the origin of the majority of European Jews. Ironically, Rev. Raheb referred to it and it refutes utterly his contention.

Population studies have advanced in recent years with the mapping of genes. The study of DNA fragments by molecular biologists in search of gene locations responsible for certain diseases has also resulted in the discovery of unique genetic mutations that are particular to specific ethnic groups, including Jews. Put simply, “Jewish,” “Ethiopian,” “Slavic,” “Turkic” and many other genetic markers have been identified. These markers enable historians to track past migrations and date ethnicity-founding events on the basis of genetic association.

The findings of several DNA studies involving Jews worldwide reveal that most Ashkenazi and other Jews have similar “Jewish” genetic markers and that they are closely related to Semitic groups. In other words, the Middle Eastern or Semitic origin of most Jews, including East European Jews, has been confirmed. Though a minority of Jews may be of Khazar descent, the assertion that most Jews are not Semitic but Khazars is demonstrably false.

To Rev. Raheb’s chagrin, Jews in New York, Stockholm, Warsaw, or even in Jerusalem are, in fact, his Semitic “cousins.”

Within the Jewish community, considerations of Jewishness based on genetics are completely irrelevant. As one rabbi said, “Despite these studies’ findings, we will never use DNA to prove Jewishness.” Besides, the Jewish people have welcomed converts throughout the ages. Ruth the Moabitess joined the Jewish people and became an ancestor of King David of the tribe of Judah and even of Jesus. Many Persians became Jews after the defeat of Haman and his cohorts, as recorded in the Book of Esther. Some Khazar DNA has become part of the Jewish genetic pool, too, but so what? Jews do not subscribe to theories of bloodline purity. A convert is considered as Jewish as Abraham or Moses.

Rev. Raheb’s attempt to delegitimize the Jews should be viewed in the broader context of a Palestinian propaganda campaign to deny Jews their right to Israel. Despite the historical absurdity of such claims, recent anti-Israel decisions by UNESCO show that repeated lies do bear fruit. This requires our response and our vigilance.

Previous Islam in a World of Unbelievers

Next This Time We Know