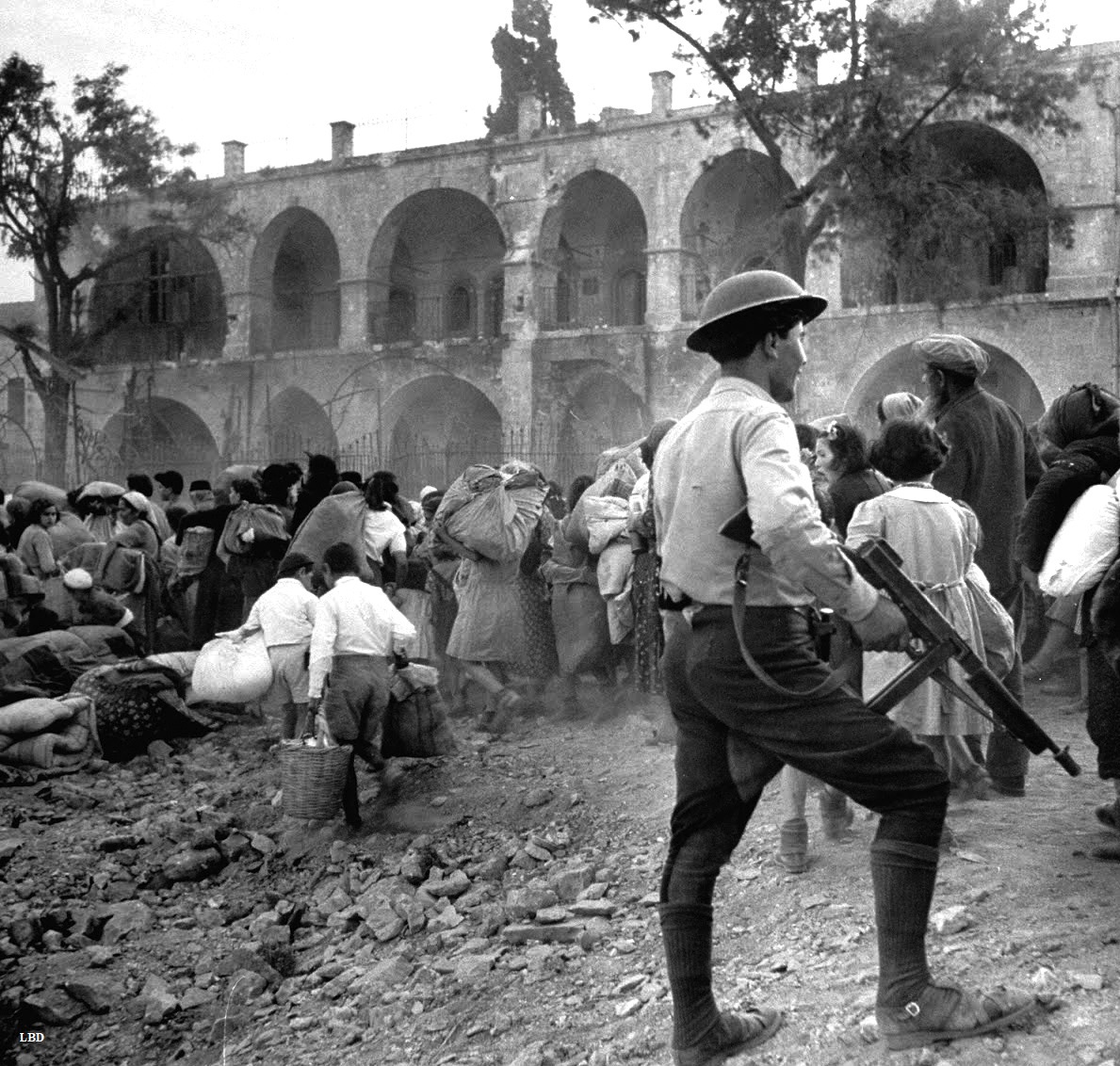 Each year on May 15, Palestinian Arabs commemorate the Nakba (“catastrophe”), when 750,000 Arabs left their homes in Haifa, Jaffa, Jerusalem and other towns and villages in May 1948. The Jews are blamed for expelling the Arabs, rendering them homeless refugees, and declaring the Jewish state, Israel.

This view has been repeated so often it has been accepted as self-evident truth. But what if it’s not true? What if it is a lie?

In fact, the Arabs were urged on Arab radio to flee as the partially British-trained armies of Egypt, Iraq, Jordan, Lebanon and Syria attacked Israel just one day after it declared independence on May 14. Any Arab remaining would be considered an accomplice of the Jews. Most of the Arabs believed the threats and fled. They planned on returning a short time later to occupy vacant Jewish homes once the owners had been slaughtered–a swift genocide.

News reports by Arab journalists and others of that period, however, contradict the popular misconception that Jews are at fault. They openly acknowledge the Arabs’ role and responsibility. Indeed, this was a catastrophe that was self-inflicted.

“It must not be forgotten that the Arab Higher Committee encouraged the refugees’ flight from their homes in Jaffa, Haifa and Jerusalem.”

“The 15th May, 1948, arrived….On that day the Mufti of Jerusalem (the Grand Mufti Amin al-Husseini) appealed to the Arabs of Palestine to leave the country because the Arab armies were about to enter and fight in their stead.”

“For the flight and fall of the other villages it is our leaders who are responsible because of their dissemination of rumours exaggerating Jewish crimes and describing them as atrocities in order to inflame the Arabs….By spreading rumours of Jewish atrocities, killings of women and children, etc., they instilled fear and terror in the hearts of the Arabs in Palestine until they fled, leaving their homes and properties to the enemy.”

“Of the 62,000 Arabs who formerly lived in Haifa, not more than 5,000 or 6,000 remained. Various factors influenced their decision to seek safety in flight. There is but little doubt that the most potent of the factors were the announcements made over the air by the Higher Arab Executive urging the Arabs to quit….It was clearly intimated that those Arabs who remained in Haifa and accepted Jewish protection would be regarded as renegades.”

“Who brought the Palestinians to Lebanon as refugees, suffering now the malign attitude of newspapers and communal leaders, who have neither honor nor conscience? Who brought them over in dire straits and penniless, after they lost their homes? The Arab states, and Lebanon amongst them, did it.”

“Any opposition to this order…is an obstacle to the holy war…and will hamper the operations of the fighters in these districts.”
In keeping with the Arab Higher Committee’s orders of March 8, 1948, the Arab National Committee in Jerusalem instructed women, children and the elderly of Jerusalem to leave their homes.

“The Arab States encouraged the Palestine Arabs to leave their homes temporarily in order to be out of the way of the Arab invasion armies, [but] have failed to keep their promise to help these refugees.”

“Since 1948 we have been demanding the return of the refugees to their homes. But we ourselves are the ones who encouraged them to leave.”