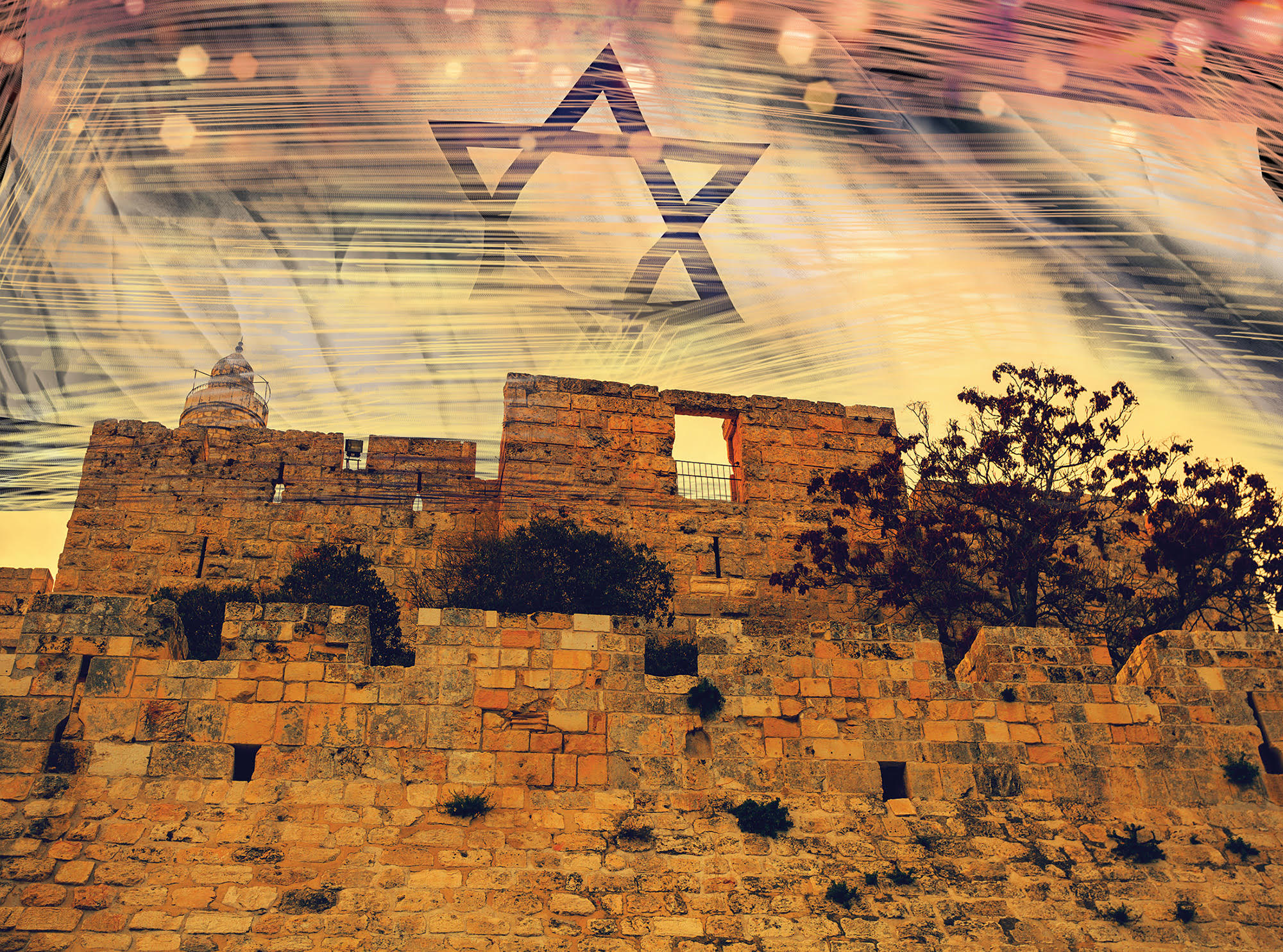 “Out of Zion shall go forth the Torah [Law], and the word of the LORD from Jerusalem” (Isa. 2:3; Mic. 4:2). When something is repeated in the Bible, according to Jewish understanding, it has special significance.

The order of the Eternal to channel His directives through His “holy people…chosen…to be for Him a treasured people above all the peoples that are upon the face of the earth…the fewest of all the peoples” (Dt. 7:6-7), is a confirmation of His love and “oath which He swore to your forefathers” (v. 8).

Here we can recall that through the channel that is Israel the 10 Commandments were given, which apply to all mankind, but we also recognize that the giving of the Law has further dimensions.

Many Christians today are exploring Jewish roots. They are thinking, of course, of the words of Jesus, “salvation is of the Jews” (Jn. 4:22). He and the disciples were all Jews and lived according to the Law of Moses. The believers in Jerusalem consisted of thousands of Jews, all of whom were “zealous of the Law” (Acts 21:20).

Romans, Greeks and people from other nations came to faith. They accepted the teachings of Jesus the Jew. They learned the Lord’s Prayer, which is comprised of portions from Jewish prayers. “Our Father, Who is in Heaven,” is exactly the same formula as in Hebrew prayers, “Avinu she-baShamayim.” And, “hallowed is Your Name,” is in the Jewish Kaddish prayer, “Yitgadal v’yitkadash shmey rabbah.” The Beatitudes of Jesus are mostly from the Tenach (OT).

The doctrine of salvation came from the Jews, but the gentiles who believed were not required, per the decision of the Elders of Jerusalem, to keep all the Jewish way of life (15:20; 21:25), such as circumcision. Still today, Jews respect the practice of Noachide Law by gentiles.

In the next centuries, the spreading of the faith expanded into many nations. The large number of Romans and Greeks among them did not want to be taught by the Jews. The Sabbath was changed, regular days and the biblical feasts were assigned new names derived from heathenism.

Then some of the Church Fathers reinterpreted the Bible, accused the Jews of deicide (Christ killers), and claimed that all the blessings of the Old Testament are for the Church, while all the punishments are for the Jews, who were rejected by God. This replacement theology (theory) still exists today. 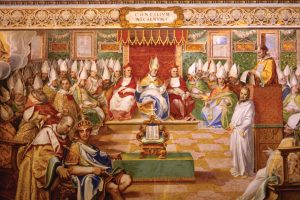 After the Council of Nicaea under Emperor Constantine I in the year 325, the deplorable letter of Eusebius was sent to the Christian churches in all nations. It included the words, “We want to separate ourselves from the reprehensible company of the Jews. Our way is much easier.” This was not only about replacing the Shabbat with Sunday.

But the matter was not settled with separation alone. There were hateful denunciations of the Jews from the pulpits, there was persecution, mass murder, vandalism of synagogues, the burning of Jewish writings–religiously-promoted anti-Semitism, culminating in the Nazi era of 1933-1945. The devil hates the Jews; he knows how much damage has come to him from Zion.

Since the Second Vatican Council (1962-1965) under Pope John XXIII, it was no longer permitted to preach in Roman Catholic churches that the Jews are guilty of deicide. Overall, though, even without such an accusation, religious anti-Semitism worldwide is increasing. Even in the generally religiously tolerant United States, there are pastors of mega-churches who teach from their pulpits that the Old Testament has no relevance whatsoever for today and needn’t be read.

Happily, there are other Christians who have not succumbed to the anti-Jewish replacement theory. They have understood that the root bears the branches and that they are “grafted in” to the olive tree as part of God’s plan of redemption (Rom. 11:17, 24). Such Christians also see the blossoming land of Israel today as a miracle of God and the fulfillment of prophecies found in the Bible. Tragically, for their convictions, these friends of Israel often suffer in their own churches of various denominations.

In the Messianic Kingdom

The Prophets Isaiah and Micah mentioned above spoke in the same quoted verses about the future Messianic Kingdom, during which “many peoples will go and say, Come, and let us go up to the Mountain of the LORD, to the Temple of the God of Jacob, and He will teach us of His ways and we will walk in His paths.”

It is also written: “Thus says the LORD of Hosts: In those days it will come to pass that ten men of all languages of the nations will take hold, even take hold of the corner of the garment of him that is a Jew, saying, We will go with you, for we have heard that God is with you” (Zech. 8:23).

Bible believers should already recognize this today and delight in the spiritual blessings that derive from it.

The ultimate goal of a person is the Kingdom of Heaven. In the book of Revelation, Chapter 21, a wonderful city is described, called Jerusalem, with 12 gates and each with one of the names of the 12 tribes of the children of Israel above it. Also, on the walls the names of the 12 apostles, all of them Jews, are inscribed. The foundation stones of the walls are decorated with precious stones of the kind Israel’s high priest wore on his breastplate in the Temple, representing the 12 tribes. And there is a Mount Zion there. We are being prepared for that city by God and will feel quite at home there!

The rabbis say, „Whoever scorns the earthly Jerusalem is not worthy of the Heavenly Jerusalem.”

In that Jewish book, the Bible–the Word of God–much more is written about Zion, the eternal city. God’s love, God’s faithfulness, never ceases. His Covenant is everlasting. And whoever desires to dwell there eternally together will Israel should not be a stranger to that people here on earth. “May the LORD, the Maker of heaven and earth, bless you out of Zion” (Ps. 134:3).

Previous Gog of Magog always in the news

Next Distinguished guests from Berlin