– A realignment of the parties 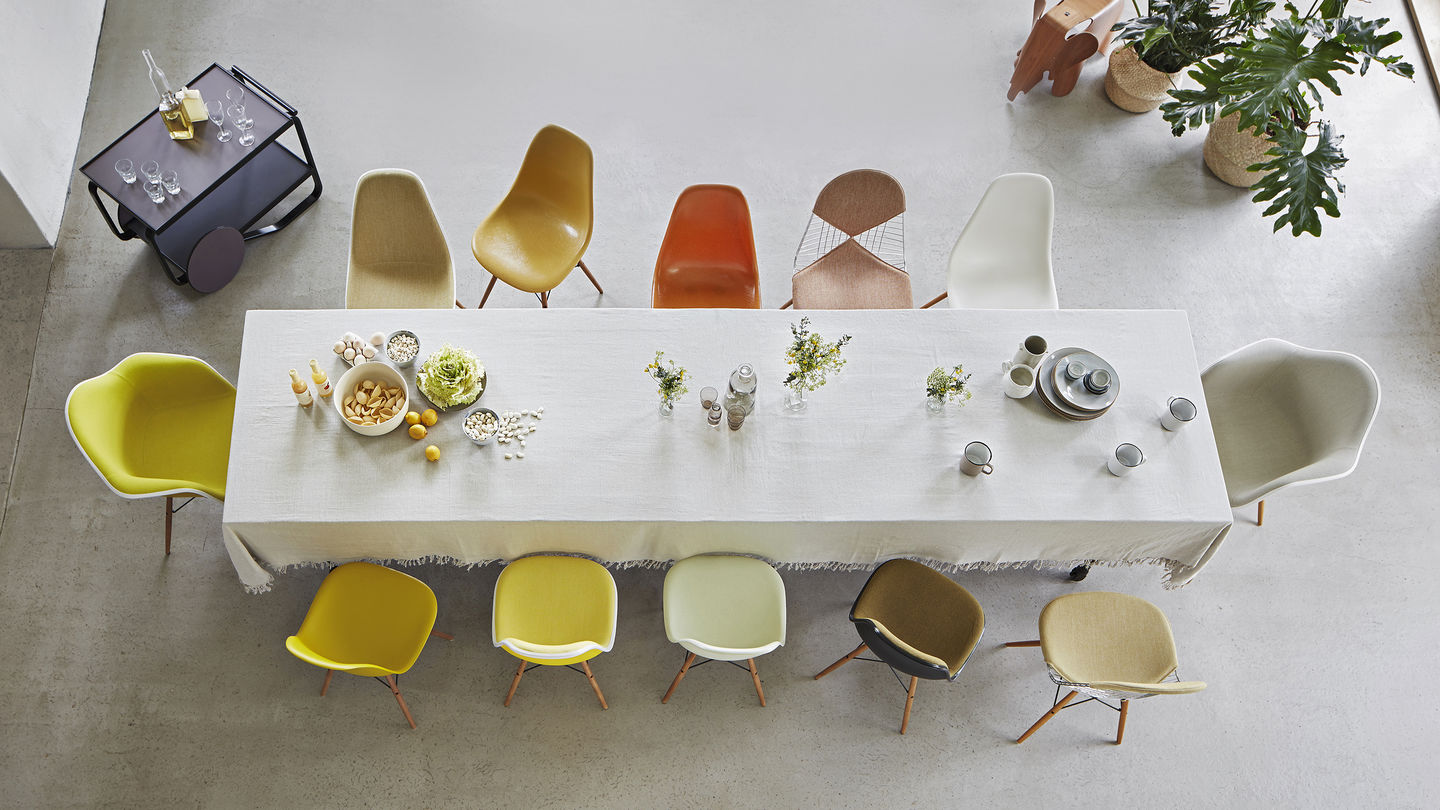 An acquaintance of mine in Jerusalem leads guided tours of historical Jewish communities across Europe for Israelis. Some years ago, he boasted that Moscow was his favorite destination and that Jews there are the safest of all the Jews in Europe.

My view was that he was misguided and reacting to a temporary phenomenon. The last two months have proven my skepticism was well founded. Thousands of Russian Jews, afraid for their future now that the Russian president has exposed himself as a brutal tyrant, are making Aliyah (immigrating to Israel).

The world is changing in ways that will have impact for decades to come. Israel is also affected by it.

It is ironic. Vladimir Putin attempted to restore Russia’s super-power status by snatching up Ukraine in a quick “special military operation,” as he called it. Instead of reestablishing old Russian glory, however, it is Western nations that have become a potent unified force.

Cooperation within the European Union is higher than in years as millions of Ukrainian refugees are absorbed. Left-wing liberal and neutral-leaning nations, such as Sweden and Finland, are increasing defense budgets drastically. They recently applied to join NATO. Germany is increasing defense spending by half. A continuous stream of arms is being shipped to Ukraine by at least 40 countries (The New York Times, April 26, 2022), along with massive amounts of humanitarian aid.

Western European dependency on Russian gas and oil is being reduced, though it will take months to completely separate. The United States, too, has bought Russian oil. For the time being, Russia is still earning a billion Euros a day for its energy exports. 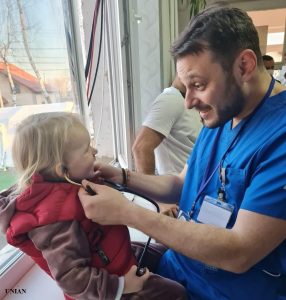 On March 28, Israeli Ambassador Daniel Meron said at a European Leadership Network roundtable discussion: “Israel recognized the magnitude of the humanitarian crisis and was the first nation to establish a field hospital for Ukrainian refugees. A team of 70 medical personnel from Sheba and Schneider Hospitals near Tel Aviv has treated thousands of patients.

“Three airplanes loaded with aid for Ukraine were sent immediately. The largest generators available were shipped to Lviv to provide electricity. Twenty non-governmental organizations [NGO’s] sent teachers, social workers and psychologists to treat refugees suffering from trauma and PTSD. IsraAid sent 35 psychologists to Moldova and Romania for a months-long engagement.”

The advantage of neutrality

At the United Nations, Israel has condemned the Russian invasion of Ukraine, but it has hesitated to take an active stand against Russia. Israel has good relations with both Russia and Ukraine and is trying to remain neutral.

This allows Israel to be a mediator between Russia and Ukraine. Natan Sharansky, a former Israeli deputy prime minister and cabinet minister, marvels that: “Seventy years ago, Jews were prevented from going anywhere and ended up in Auschwitz. Now the world is asking Israeli Prime Minister Naftali Bennett to try to mediate peace between Russia and Ukraine.” Sharansky was born in Donetsk, Ukraine, where the war has raged for months, and was imprisoned in the former Soviet Union for nine years as a refusenik, denied emigration rights.

To date, Bennett’s efforts have been fruitless, but there are other reasons for Israel’s neutrality:

Russia has a large military presence in Syria. It has tolerated Israeli missions in Syria to stop weapons shipments to Hizbullah. Bennett doesn’t want to jeopardize that advantage.

If provoked, Russia could supply Lebanon, Syria and, most importantly, Iran with more powerful weapons systems and technology than it is already supplying, or it could take revenge by harming Jewish citizens of Russia.

Russia is deeply involved in the negotiations with Iran concerning a nuclear agreement. Israel would like Russia’s cooperation in preventing Iran from getting the bomb. Iran is becoming ever more brazen in exporting terror, especially as the Americans under President Biden are perceived as weak and lacking credibility. The American withdrawal from Afghanistan was a diplomatic disaster with broad international consequences.

Helping the needy is most important

These are critical concerns, but not everyone agrees that they are the most important.

For example, Major-General Amos Yadlin, the former head of Israeli Intelligence, argues that Israel has a moral obligation to aid Ukraine with its freely elected, democratic government led, coincidentally, by a Jew. When a nation with Western values similar to Israel’s is attacked, Israel should come to its defense. (ELNET, March 7, 2022) 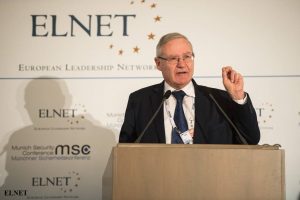 Besides providing humanitarian aid Israel, like the United States and other nations, is almost certainly engaged in covert activities helping Ukraine.

Still, there are limits. Iron Dome technology is not available for export. Israel hasn’t enough units for its own use, they require months of training before being usable, and cannot be allowed to potentially fall into enemy hands. Finland, for example, shares a long border with Russia, so it might be an interested buyer. With vulnerable security, however, Russian agents might acquire the technology.

Nor will Israel send its soldiers to help fight foreign wars. By the same reasoning, Israel has never asked or expected other nations to help Israel fight its wars in combat.

For the time being, the nations of the world are watching Israel try to mediate a cease-fire. Whether successful or not, Israel will earn some respect for its efforts. Too, there is greater understanding of Israel’s own defense needs now that war and the resulting destruction have crossed into Europe for the first time in decades.

Yadlin commented (ELNET, March 28, 2022) that Israel’s former Foreign Minister Shimon Peres, an arch-socialist, believed that governments were no longer important, only big-tech corporations were required to administer, produce and supply the world’s needs.

But, “The world is not that simple, as proven by COVID-19 and the Russia-Ukraine War,” says Yadlin. The “soft power” of sanctions and cyberwarfare exist, but military defense, missiles and bombs (hard power) still do too, and are as necessary as national borders.

The threat of the conflict becoming a nuclear war is real, argues Yadlin, and Ukraine made a mistake in 1994 in trusting its neighbors and becoming a non-nuclear power.

Israeli neutrality may not last

Neutrality may be the current reality, but circumstances could change quickly. Russia plays by its own rules, not by international human rights protocol. It can turn on Israel when expedient, and has done so in the past. That would fit into the purview of some Orthodox rabbis and Christian scholars who see Russia and its massive army fitting the descriptions in Ezekiel 38 (vv. 2, 15) and 39 (vv. 1, 11) of the war of Gog of Magog and the Prince of Rosh in the far reaches of the north. The invasions of Ukraine, Crimea and Georgia are steppingstones southward on a path to Jerusalem.

We are eyewitnesses to a watershed year in which everything has changed: ideology, political and military strategy, economy and energy. The world will not be the same.

Previous In every generation, the Eternal delivers us

Next Our connection with Ukraine