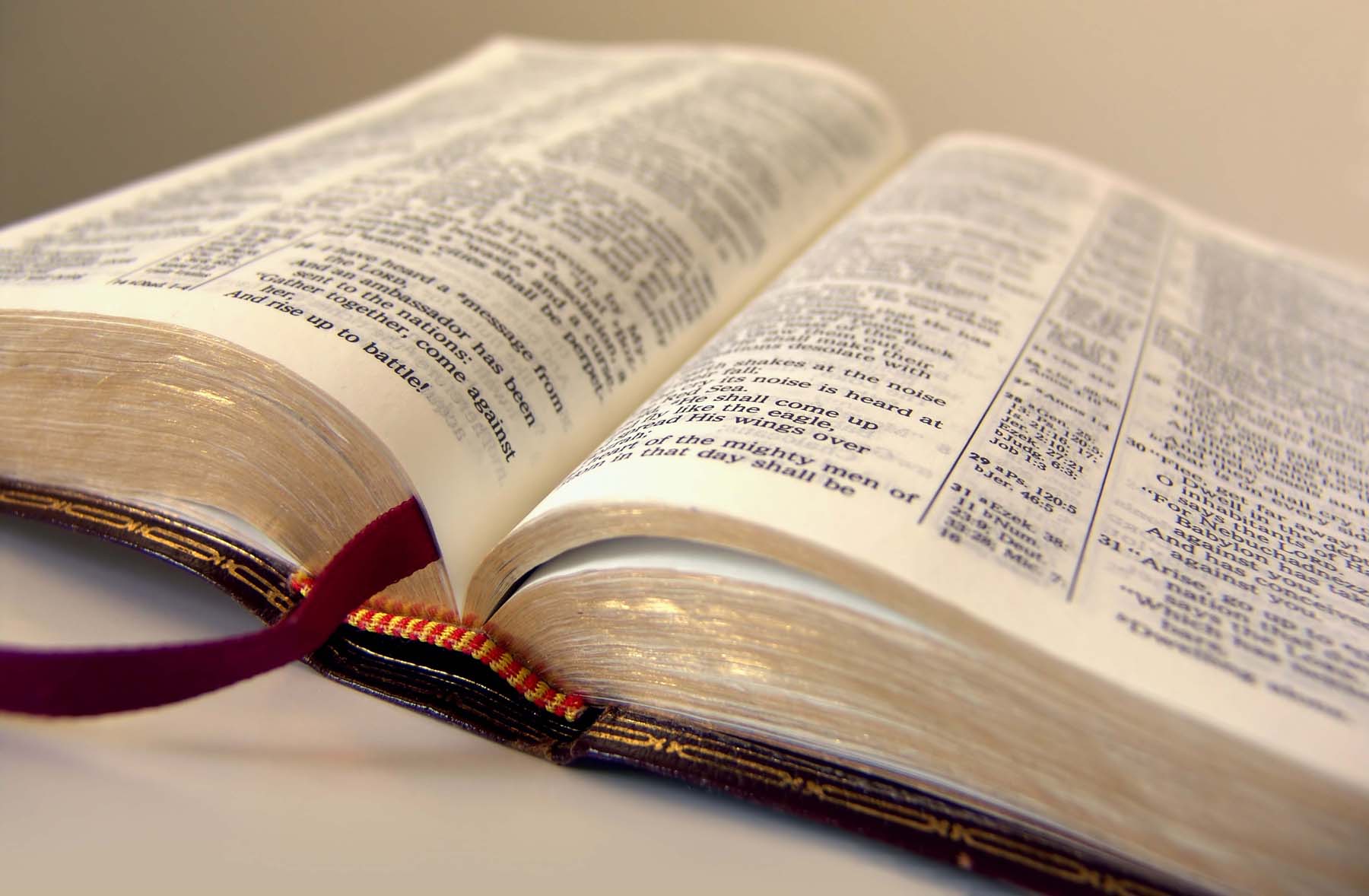 Over a third of the Bible is prophetic text. You would, therefore, expect Bible believers to have a keen interest in prophecy.

Many read the prophets with an appreciation for, among other things, the promises of end-time redemption. They have an awareness of prophetic signs that indicate the nearness of the Keytz Hayamim (End of Days), signifying for Jews the coming of the Messiah, and for Christians the Messiah’s return. Another major theme of end-time prophecy is the restoration of the Jewish people to their ancient land.

Conversely, many Christians choose to ignore or not study the prophets for a variety of reasons: 1) Some reject outright any significance to the prophecies dealing with Israel’s restoration. For them, the Church has replaced Israel. Israel’s existence today is simply a secular, political development, not a biblical prophetic fulfillment. 2) Others say there are so many different interpretations of the prophecies or they are so difficult to understand that it is better to steer clear of the subject. “We’ll wait and see,” they say, preferring to concentrate on so-called weightier matters of faith, not controversial issues. 3) Still others are deterred by the sensationalism that frequently accompanies the teaching of end-time prophecies. Inaccurate predictions and exaggerated claims by supposed experts have brought the study of prophecy into disrepute.

The last two reasons above avoid dealing with the prophecies out of convenience or even apathy. The first reason, however, based on the theological teaching known as Supersessionism or, more commonly, Replacement Theology, goes further in that it does violence to the plain meaning of the biblical text, rejecting prophecies dealing with Israel’s future. All three are counter to the Bible’s own advice on the subject and undermine the importance and validity of God’s Word.

The Truth is in the Details

One of the greatest challenges to Replacement Theology is the significant amount of detailed prophetic text specifically dealing with Israel’s restoration. The usual tactic, spiritualizing or generalizing the prophecies, thereby muting the details, requires a leap in logic that apparently many proponents are prepared to take. But they fail to reasonably explain why God even bothered to convey to Israel such details in the Bible if they were not to be fulfilled as written. Oddly, the Supersessionists allegorize the favorable prophecies about Israel as fulfilled in “spiritual Israel” (their euphemism for the Church) or in Jesus. The prophecies of punishments, however, they reserve conveniently for Israel literally and physically.

One well-known replacement theologian (also an advocate of Palestinian-Arab territorial claims against Israel and a vehement critic of Christian Zionists), the Rev. Colin Chapman, attempts to solve the difficulty of the detailed prophecies of restoration. In his book, Whose Promised Land?, he suggests the prophecies of the Jews’ return to their land were concerned with the return from the Babylonian captivity in the sixth century B.C.E. (B.C.). In other words, the prophecies were fulfilled roughly 2,500 years ago and have no relevance to our days. Despite quoting the Bible liberally, his analysis is superficial. He quotes only what supports his theory, omitting what obviously contradicts it.

“Therefore, thus said the LORD God: Now I will bring back the captivity of Jacob and show mercy to the entire House of Israel and be zealous for My holy Name. They will bear their shame and all their betrayal that they committed against Me when they dwelt securely upon their soil, and none will make them afraid, when I return them from the peoples and gather them in from the land of their enemies and I become sanctified through them in the eyes of many nations. Then they will know that I am the LORD, their God, for I have exiled them to the nations, and
I will bring them to their land, and will not leave any of them there. Then I will not hide My countenance from them again, for I will pour out My spirit upon the House of Israel, says the LORD God.”

If this prophecy had been fulfilled at the time of the return from Babylon, there would not have been any Jews left in the Exile (“[I] will show mercy to the entire House of Israel” and “[I] will not leave any of them there,” vv. 25, 28). The returnees from Babylon, however, including Ezra and Nehemiah, were a minority of the Jews. Most Jews remained in Babylon and flourished for generations. Only in the last century(!) did the Babylonian dispersion end when the remaining 135,000 Iraqi Jews fled Arab persecution and came to Israel.

The details show that Ezekiel’s prophecy absolutely was not fulfilled 2,500 years ago and must refer to a later period. The same applies to other prophets, who spoke about their own time, but also about the end-time redemption of Israel.

Supersessionists and others who reject, dismiss or simply avoid biblical prophecies, place God’s Word–its meaning, its dependability, its efficacy–in doubt.

One particular prophecy is a treasure-trove of promises of restoration for Israel: Jeremiah chapters 30 and 31, which together make up a single prophetic message. Note Jeremiah 30:1-2: “This is the Word that came to Jeremiah from the LORD, saying: Thus said the LORD, God of Israel, saying: Write down for yourself all these things that I am telling you into a book.” (Emphasis mine.) In these two introductory verses, one point is repeated five times in the original Hebrew text: God is speaking. In fact, in all of chapters 30 and 31, every few verses the text refers to God speaking–38 times to be exact! Why so many? 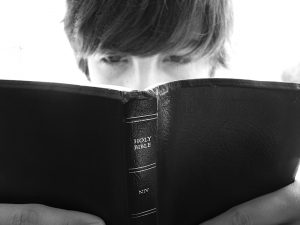 Simply, so that we know the prophecy is the Word of God. No mistake about it. God Himself chooses to emphasize this point in this prophecy and in many others. Perhaps He did so precisely because He knew that, in future generations, people would say the very opposite. They would deny that God would rebuild Israel. They would change the text, spiritualize it and replace Israel. They would tamper with His Word.

Many modern Bible translators have eliminated what they consider to be redundancies, as here, and their counts are frequently less than 38. They deem such repetitions as unnecessary archaisms. They say, “That’s how people spoke back then.” But they even dare to abridge God’s direct speech, as if it had superfluous words He didn’t intend.

If God says something 38 times, He means it. God does not repeat Himself unnecessarily. He does not stutter. He does not “umm” and “uh” as humans do. “Every word of God is refined” (Prov. 30:5), that is, every word is pure, of great value, like gold. He chose His words carefully and per-
fectly. There isn’t a single superfluous word among them. In other words, God says,
“I am telling you again and again that
I will restore Israel.”

Every Letter has Meaning

The rabbis say every word and letter of God’s Word has significance and meaning. Deuteronomy 8:3: “. . . not by bread alone does man live, rather by everything that emanates from the mouth of God does man live.” Jesus quoted the same verse: “Man shall not live by bread alone, but by every word that proceeds out of the mouth of God” (Mt. 4:4). Every word that God speaks is nourishment, life-sustaining.

There is even a literal example of this. Recall that Moses spent 40 days and nights atop Mount Sinai receiving God’s Law for Israel. Moses did not eat or drink the entire time, yet he survived. His life was sustained while God spoke to him. God’s Word, every word, is essential for human existence. That’s how powerful it is and it is no exaggeration. Consider that God spoke just a few words in order to create our entire universe and all life that it contains. “God said, ‘Let there be light,’ and there was light” (Gen.1:3).

And not only is every word God speaks important–so, too, every letter and more. Jesus said: “Think not that I am come to destroy the law, or the prophets: I am not come to destroy, but to fulfill. For verily I say unto you, till heaven and earth pass, one jot or one tittle shall in no wise pass from the law, till all be fulfilled” (Mt. 5:17-18).

“Jot” is the “yod,” the smallest letter in the Hebrew alphabet and resembles an apostrophe. “Tittle” refers to the tiny hooks or flourishes (decorative crowns) found on certain Hebrew letters in the handwritten scrolls of Scripture. In other words, Jesus said the smallest part of the smallest Hebrew letter will not disappear from the Law. But Jesus also mentioned the prophets. Even the prophets’ words will be fulfilled down to the smallest detail.

And regarding end-time signs, Jesus said, “Watch” or “Watch and pray.” He expected people to be aware of the “signs of the times.” Referring to the Book of Daniel, Jesus said, “When you shall see . . .” (Mk. 13:14). These instances and the parables of the fig tree and the ten virgins all exhort Christians to recognize the prophetic signs, to be ready. Prophecy is a “light that shines in a dark place,” it enables people to understand the world in which they live. It is not the result of, or subject to, private interpretations and initiative. You do well to pay attention to it (2 Pet. 1:19-21).

“So shall My word be that emanates from My mouth: it will not return to Me unfulfilled, for it will accomplish that which I have desired and brought success where I sent it” (Isai. 55:11). That means, if God promised to Israel that He would bring back the exiles and rebuild the ruined cities of Israel, then exactly that will happen to Israel–in Israel! Not somewhere else and not with some other group that replaces Israel. God’s Word is powerful. He has no “Plan B.” He upholds His plans until they are achieved as intended (Jer. 30:24).

Avoiding prophecy or replacing its intended meaning is not a legitimate option for the Bible believer. It is God’s Word and understanding it is essential for our existence.

(In Part II, we will examine specific prophecies–controversial issues–to gain understanding of current and future events.)