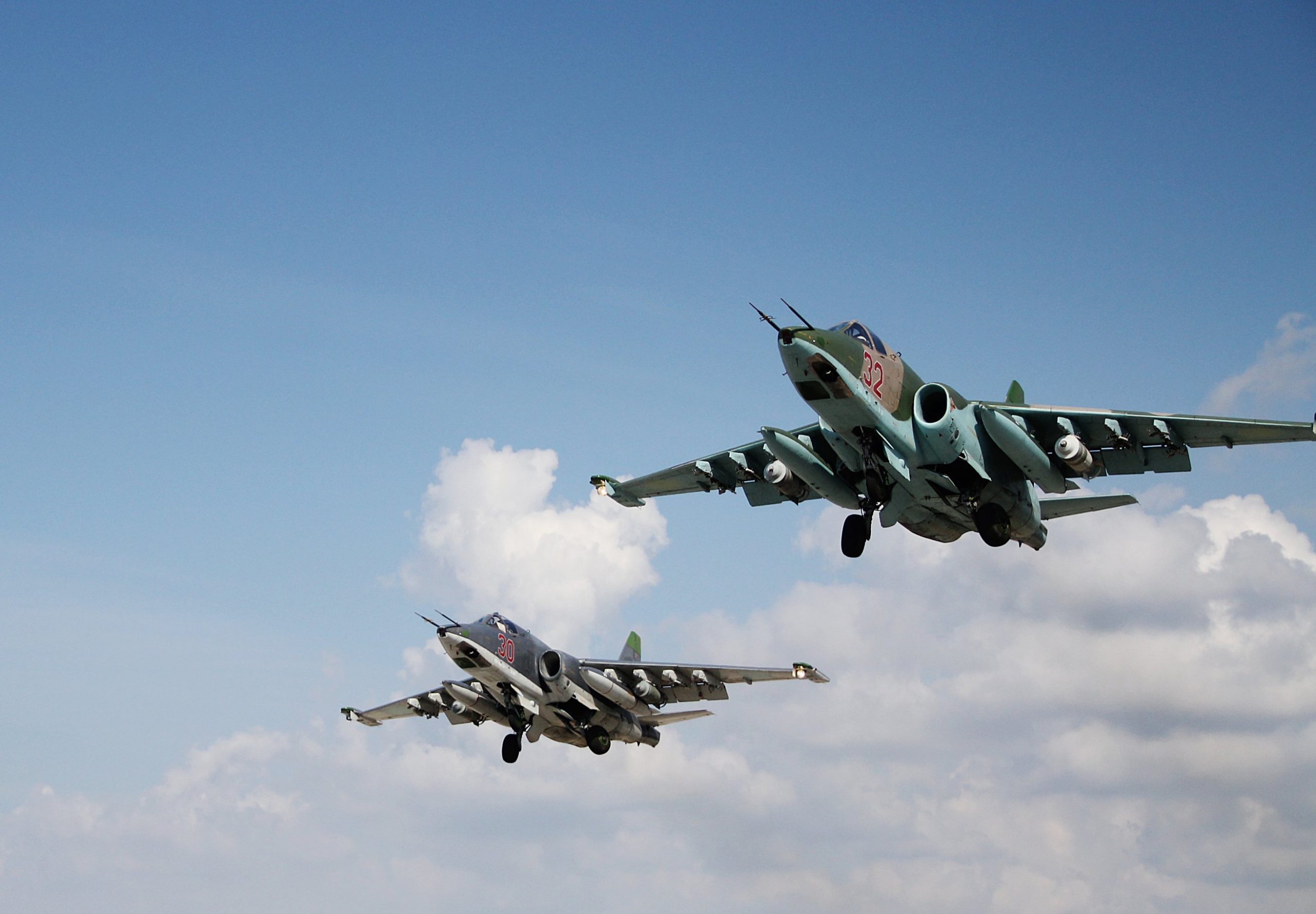 In the 1970s, I spoke across Canada and the United States especially about eschatology (endtime themes). In that connection, I analyzed chapters 38 and 39 of the prophet Ezekiel in detail. These deal with the attack of Gog of Magog and several of its allies from the north against the “land that is brought back from the sword, gathered from many nations, upon the mountains of Israel” (38:8). Both among Jews and Evangelical Christians are many who see, in this hostile invasion, Russia and the nations mentioned in these chapters. There is no doubt about this among many Bible scholars.

So nearly half a century ago I referred, in detailed exegesis, to an invasion seen in biblical prophecy. Today we can see the stage for it being set. I want to emphasize this. You, dear reader, can read about the events yourself in the mentioned chapters. The description is, of course, within the framework of the technology known to the prophet at the time. If, for example, one previously spoke of horses, steeds and carriages, we can compare that today with motorized horsepower. Similarly, invaders are not armed specifically with swords, spears and shields in our day, rather, the attacks occur with remote-controlled weapons of mass destruction.

I want to turn our attention today to the visible circumstances. Russia now has a strong military presence in the Middle East. In Iraq, Syria and Persia (Iran), there are Russian instructors, soldiers and weapons. Russia’s foreign minister bragged recently, “A day after being asked, Moscow was not idle, but sent 25 Sukhoi fighter jets to Iraq.” Syria received so many Russian tanks, it wants to deliver a number of them to Hizbullah in Lebanon.

Protecting Syrian dictator Bashar Assad, Russian pilots are flying top-model Sukhoi fighter jets in Syria and are firing cruise missiles from navy ships at American CIA-trained anti-Assad rebels. Assad, who is responsible for 300,000 deaths and eight million refugees among his own people, is being supported by Russia. All these are already combat operations in the immediate vicinity of Israel.

Has America played itself out in the Middle East? 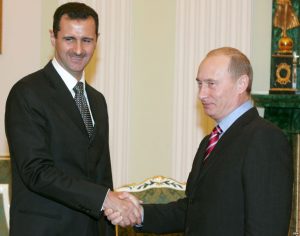 The relationship between Egypt and Russia has been warm and cold for decades, though the United States has been supporting Egypt with billions of dollars yearly. Recently, however, the heads of state of Egypt, Jordan and the United Arab Emirates (UAE) visited President Vladimir Putin in Moscow. Its interests in the Middle East are increasing and Russia uses every opportunity to expand.

Due to bungled foreign policy, the Americans have lost power, influence and trust across the Middle East. Only Israel remains as the sole democratic state closely tied with America. But can Israel rely on its ally? Today there are legitimate doubts. “Israel, trust in the LORD: He is their help and their shield” (Ps. 115:9).

With the knowledge of the prophetic word, we only need to consider the present situation to foresee an attack on Israel. One can also easily imagine what support Russia would receive from the Arab and Muslim sworn enemies of Israel were it to eliminate the Jewish state. So many have attempted to do exactly that, finish off the Jews, who are blamed for all the unrest in the world. That is the case again today, and Putin has expressed hopes for world peace, sanctimoniously, with his “peace efforts” in the Middle East. He referred to his military campaigns in Syria. And what is next?

How soon is it?

The attack of Gog of Magog will come. It is only a question of when. Certainly, when the Jews are primarily in their land. There are many Bible references to this. Even in the preceding chapter, Ezekiel 37, verse 21, we read, “Behold, I am taking the children of Israel from among the nations where they have gone, and will gather them from all around, and I will bring them into their own land.”

It is important to note that Israel, with over six million Jews, has the largest number of Jews of any nation in the world today. That is prophetic fulfillment. The rest will return home, too, which the enemies of Israel are trying to hinder by reducing the remaining land.

But how can Israel survive an attack by a world power such as Russia? I will just refer to the end of the attackers, for that has also been foretold by God: “And it shall come to pass at the same time when Gog shall come against the land of Israel, says the Lord GOD, that my fury shall come up in my face….And I will punish him with pestilence and with blood; an overflowing rain and great hailstones, fire and brimstone will I rain down upon him and upon his cohorts and upon the many peoples that are with him” (38:18, 22).

I have often been asked if this suggests a defense of Israel by nuclear weapons. I would not exclude the possibility and believe that Israel has them. But I usually answer that the God Who rained fire and brimstone on Sodom and Gomorrah still has more of it left over. Also, God’s battle against Gog of Magog and its cohorts has a specific purpose, “In this way will I magnify Myself and sanctify Myself; and I will make Myself known in the eyes of many nations, and they shall know that I am the LORD.” (v. 23).

I want to emphasize that I never speculate regarding eschatological themes. I am also thinking, for example, of the term Antichrist. When, however, a possible assault is so apparent, it must be heeded as a sign of the times. I also want to mention that this should not be considered the last war, nor should it be confused with the oft-cited battle of Armageddon. What is described above takes place on the mountains and involves a limited number of nations. The other is to happen in the valley of Megiddo and includes all nations of the earth against Israel.

The time is late!

After WWII, when the horrors of the Holocaust became generally known, some individuals said, “If only I had helped the Jews! Now it is too late.” Dear reader, you know what is coming. You hear the anti-Semitism in your community or country. Will you help? Now, before the war begins?

For decades we have not appealed for a more-generous donation. We could use such offerings in Israel–conscientiously before God and man. Bible-faithful ones speak often about the Rapture of the believers; will they simply abandon their earthly valuables or apply them to gather treasures in Heaven? It is a valid question. You do not wish to disappoint, nor do you wish to become disappointed.

I will dare, humbly, to show you a way, and God’s Spirit will guide you: Lema’an Zion–for Zion’s sake (Isai. 62:1-2)–has existed as a government-recognized charitable organization since 1972. Our mission is Hasbarah (teaching and proclamation of the truth), Tefillah (intercession at the Temple Prayer Wall in Jerusalem and spiritual counseling and correspondence worldwide) and Zedakah (charitable aid for the needy in Israel). In our quarterly publication, HASHIVAH, we give responsible financial reports. Our family has been serving God for four generations. We ourselves survived the Holocaust–have searing, painful memories of it–and so understand the suffering ones today and have deep compassion and want to help.

In my travels to speak around the world, I have sometimes seen this inscription in meeting halls: “Hasten, save your soul!” I knew the sense of this watchword. It reminded me of the international expression “S.O.S.” (save our souls).

Allow me, please, to paraphrase. “The matter of the Lord is urgent.” In Israel we have sick, injured, weak, poor and needy ones. We want to strengthen their faltering arms. Your help, today, while it is yet day, can strengthen them for the days that are coming. We have a message to share around the world, a message of God’s goodness and of warning. The time of the Lord is nearing. Are you hastening?

Next A Dark Page in Current Days