– While the news media look the other way 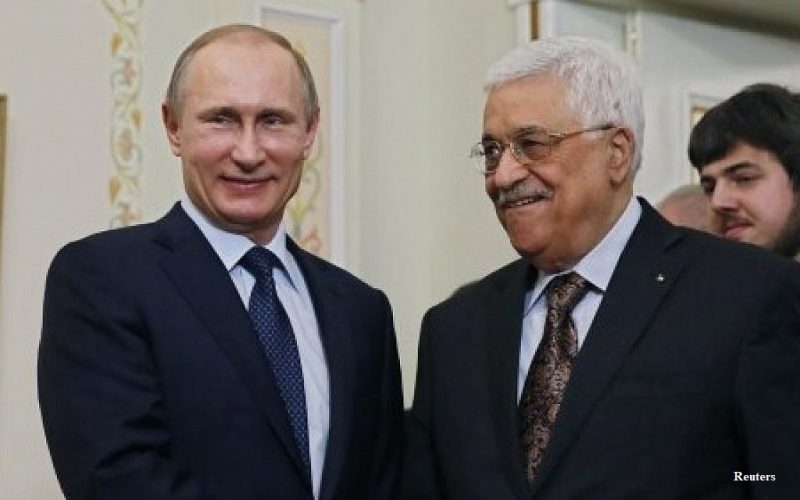 Mahmoud Abbas, the wily 85-year-old politician who has ruled the Palestinian Authority since taking power on January 15, 2005, owes his longevity to the use of brute force. The news media are controlled and critics are suppressed, or worse.

Abbas has a sordid past. He helped fund the 1972 Munich Olympics massacre. According to Russian archivists, in the early 1980s he worked as a KGB informant. He earned the equivalent of a doctorate in Moscow in 1982 writing on “The secret relationship between Nazism and Zionism,” a fallacious manuscript of Holocaust denial.

Abbas, his cronies and his family have become multi-millionaires. They are heavily invested in the construction, tobacco, insurance and advertising fields. His second son, Canadian businessman Yasser Abbas, is particularly controversial due to his conspicuous wealth.

Corruption in the PA

According to Bassam Eid, a Jerusalem-based Palestinian political analyst of Palestinian affairs:

“These days, the vast majority of suffering Palestinians experience is the direct result of the corruption of the PA and the influence of the terrorist group Hamas.

“Corruption affects every aspect of life for Palestinians. It cripples our economy, which in turn makes government jobs among the most highly prized. However, those jobs are awarded based on connections rather than qualifications, which perpetuates the cycle of corruption. No announcements are posted for new government jobs. This lack of transparency is pervasive throughout the so-called West Bank and Gaza.

“The vaccine distribution process is one recent example of this corruption. A number of Palestinian human rights and civil society groups recently alleged that wealthy government officials were taking vaccines intended for medical workers. The Palestinian Health Ministry eventually admitted that many of the doses it received were administered to government ministers. Until this corruption is addressed, Palestinians will continue to suffer.” (Investigative Project on Terrorism, June 30, 2021)

The risk of being outspoken

The political activist Nizar Banat was defiant, opposing and denouncing the PA government’s corruption publicly. On June 24, 27 of Abbas’s thugs entered Banat’s home, dragged him out of bed and arrested him. In custody, he was “bludgeoned to death with iron bars and clubs” (Gatestone Institute, “The Palestinian Police State,” Khaled Abu Toameh, June 30, 2021). The PA blamed the death on Banat’s deteriorating health.

Now triggered, human rights groups denounced the PA and public protests ensued. Reporters on the scene of various demonstrations were severely injured by police. In an act of derring-do, fifty PA journalists signed a letter urging the United Nations to protect them.

Palestinian reporter Abu Toameh commented that the PA was “not all that different from other totalitarian regimes….[It is] a police state where political opponents are beaten to death, arrested, tortured and intimidated.….They have turned these areas into a police state where the Palestinian government mobilizes thugs to beat peaceful demonstrators and journalists.”

The protests against Abbas have an additional purpose: To oppose US President Joe Biden’s attempts to build up relations and strengthen the PA with hundreds of millions of dollars in order to promote a long-abandoned Peace Process and Two-State Solution. Fed-up Palestinians see Biden as legitimizing and rewarding corrupt men who brutalize, torture and murder their own citizens. 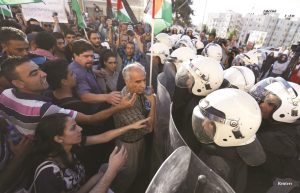 Incredibly, the mainstream media ignored the crackdown on opposition and journalists. Abu Toameh explains this is “because the perpetrators were not Israeli policemen or soldiers. It was ignored because the media could not find a way to blame Israel for the fact that the Palestinian government was harassing, intimidating and torturing Palestinians.”

Is that possible? In the last week of June, Honest Reporting, the Israeli media-watch organization, counted only 109 references by the international media to the PA’s violence. The journalists’ union petition to the UN yielded only 142 more references.

Change it to an Israeli angle and suddenly the news media are interested: The claim by Al Jazeera reporter Givara Budeiri that she had been harassed, arrested and assaulted “for no apparent reason” by Israeli forces in Jerusalem on June 5, though subsequently discredited, yielded 76,500(!) mentions in the international media in the following week.

Next “What’s your tribe?”