– Signs of the times as anarchy wins, democracy surrenders 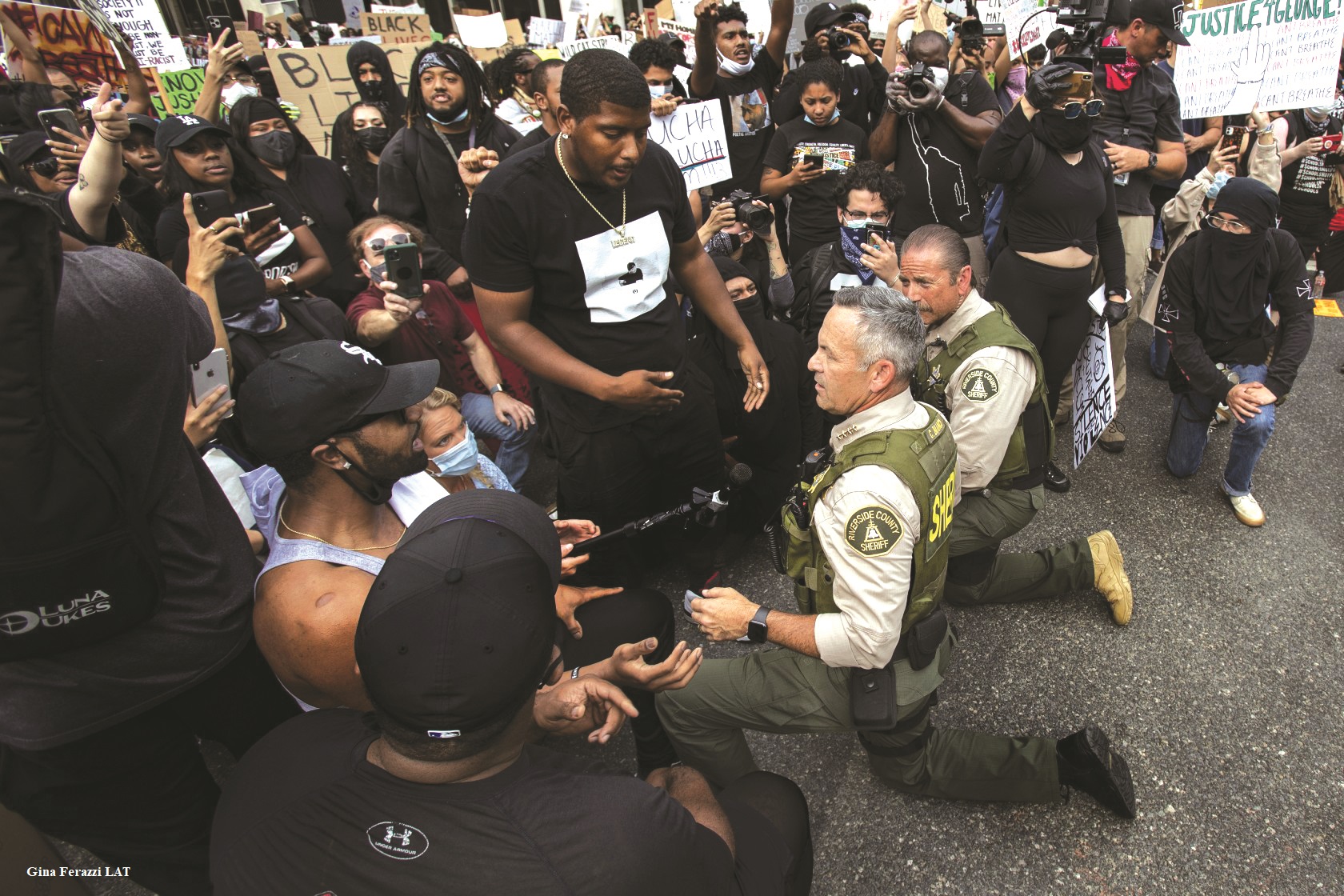 In the game of chess, the white piece is moved first. Is that racist? Some weeks ago, a radio reporter in Australia tried interviewing John Adams of the Chess Federation. The reporter suggested chess is racist and wanted to know if Adams believed the game rules should be changed.

Adams, an economist, refused the interview, calling it a waste of taxpayer money and an attempt to apply “ideological Marxist frameworks to anything and everything.” Adams is clearly not bashful.

This isn’t just nuttiness, this is madness. And it’s everywhere.

• In July, American news media reported about COVID-19 parties for people who had tested positive for the virus. In Tuscaloosa, Alabama, one youth died within days of attending such a party.

• On both American coasts, governors were taking turns allowing restaurants and bars to stay open but forbidding religious services. For some days in California, the governor permitted churches to open, but brazenly forbade singing!

• In Israel, Prime Minister Benjamin Netanyahu, who is on trial charged with misuse of funds, has for months been berated by the left-wing news media for his every statement or action (a fate he shares with US President Donald Trump), whether regarding the coronavirus, the faltering economy or the nuclear ambitions of Iran.

• Media reports about prominent Christian pastors supporting same-sex marriage, or themselves engaging in adulterous relationships, are ever more frequent. Rabbis have not been spared either. Some have been guilty of financial corruption. The majority of clergymen are devout and upright Bible devotees, but the bad accounts are disturbing.

A trigger for worldwide upheaval

The death of George Floyd during a police arrest in Minneapolis, Minnesota, on May 25 triggered violent protests and premeditated riots worldwide. 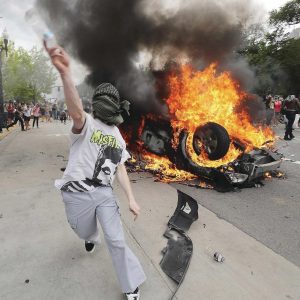 Any decent human being opposes racism. But what form should that opposition take?

For protest leaders, any person, dead or alive, associated with slavery or any form of racism was declared not worthy of any civilian job, public office or, worst of all, a monument in their honor.

The “canceling culture” precipitated the destruction of billions of dollars of property. Shops, restaurants and churches were looted or burned down indiscriminately. Even statues of heroes who had opposed slavery were torn down. Bystanders, even children, were beaten up. Some were shot and killed.

Frequently, the organizers of anti-racism protests were themselves using racist language to condemn Jews for “white privilege” and adding old conspiracy canards about Jews controlling the world.

Online, the views of the Nation of Islam leader Minister Louis Farrakhan are being repeated tens of millions of times, promoted by sports stars and celebrities. In a July 4 speech, Farrakhan said: “Those of you that say you are Jews, I will not even give you the honor of calling you a Jew. You are not a Jew, you are Satan.” In an October 2018 speech: “Call me an anti-Semite? Stop it. I’m anti-termite.” He previously called Hitler a “very great man” and Jewish faith a “gutter religion.”

Hundreds of rabbis and Jewish leaders had walked arm in arm with Martin Luther King, Jr., at protest marches in the 1960s and have for decades been frontline advocates for equal rights for Blacks and all minorities. That is ignored.

• Fear prevailed as terrified politicians and business owners succumbed to the mob. Police chiefs and mayors were shown kneeling in submission before rioters. Policemen dressed in riot gear stood silently as hooligans cursed and goaded them crudely.

In New York City, the mayor capitulated, slashing the police department budget by a billion dollars. Morale is low in police departments as officers are restrained from taking serious action. Hundreds are taking early retirement.

The first duty of any government is to maintain public order and keep the population calm. The images, however, depicted democracy surrendering to anarchy. Seasoned liberal politicians, coerced into conformity or risking being ousted from office, called the protests “mostly peaceful resistance.”

• At The New York Times, the most influential newspaper in the world, as at The Wall Street Journal and The Washington Post, hundreds of journalists rebelled against management this year, many claiming they felt threatened by the publication of conservative views they didn’t agree with.

Panicked and powerless, management surrendered. Editors were fired and conservative writers were dismissed. Other reporters, citing bullying and outright anti-Semitism by their peers, just quit.

Today, traditional journalists are being replaced by those who believe they know what is good and right, and who shape the news to advance their ideological goals, writes former New York Times editor Tom Kuntz (Real Clear Investigations, April 29, 2020). Say goodbye, then, to the objective news story. Journalistic integrity? Just call it fake news, the New Truth.

• In Britain, gangs of Muslim youths have been sexually abusing thousands of white girls (19,000 cases in 2019 [The Independent, December 28, 2019]), while police and social workers failed to take meaningful action. Reports of the “grooming” or exploitation of non-Muslim teenagers were suppressed by authorities for years. Fear of provoking the monolithic Muslim community had no small role in the cover-up.

• Seizing the opportunity while the world was distracted by a pandemic, Turkey President Recep Tayyip Erdoğan completed the conversion of Istanbul’s massive Hagia Sophia complex into a mosque in July. The anti-Christian symbolism of converting the one-time Cathedral of Constantinople (built in 537) into first a museum and now a mosque was clear to Erdoğan’s fellow Muslims, who understand the duty of defeating all infidels, Christians foremost. Predictably, the world was silent, afraid to act. 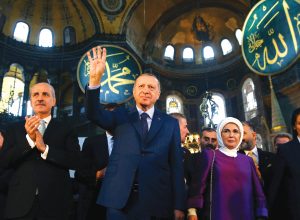 • China, too, saw the opportunity and pounced. Able to escape serious consequences for its failure to control the coronavirus, whether by design or error, and never threatened by the paper tiger World Health Organization, China took absolute control over the rebellious Hong Kong. Though China is legally prevented from doing so until 2047, the world was silent, afraid to act. (Will Taiwan be China’s next prey?)

• The waves of the coronavirus, 850 thousand deaths to date and far from over, have unleashed fear and panic not seen in decades. In communities around the world, city streets remain empty. Loved ones–who were believed to be healthy–have died. People have contacted us asking for prayer for relatives with the virus.

(Still, there have been blessings: Family breadwinners, isolated at home instead of being at work, suddenly became available to their families. Fighting against boredom, many nuclear families became more tightly knit.)

Bible reminders for the faithful

What’s going on? Are these fragments connected?

I am not a doomsday alarmist and I view with suspicion promulgators of “sky-is-falling” pessimism. Still, the turmoil of the current age cannot be overlooked.

I do not know if we’ve reached the “end of days.” The Temple has not been rebuilt, but the nation of Israel has been restored. There are startling biblical parallels to current events which should impel all to get spiritually right with God.

The Prophet Isaiah saw his people distraught and in despair as the Babylonian armies invaded:
“[T]he curse [has] devoured the earth and those who dwell there are desolate; therefore the inhabitants of the earth are parched, and few men remain. The new wine mourns, the vine languishes, all the merry-hearted people sigh. The mirth of timbrels has ceased, the noise of those who rejoice has ended, the joy of the harp has ceased. They do not drink wine with song; strong drink has become bitter to those who drink it. The city of confusion has broken down; every house has been closed that no man may come in. There was crying for wine in the streets; all joy is darkened, the mirth of the land is gone. Desolation remains in the city, and the gate is stricken with destruction” (24:6-12).

The New Testament, too, is occupied with future troubled times. The familiar words of Jesus ring prescient: “Nation shall rise against nation, and kingdom against kingdom: and there shall be famines, and pestilences, and earthquakes, in diverse places. All these are the beginning of sorrows” (Matt. 24:7-8).

“And great earthquakes shall be in diverse places, and famines, and pestilences; and fearful sights and great signs shall there be from heaven….And when these things come to pass, then look up, and lift up your heads; for your redemption draws near” (Lk. 21:11, 28).

Assurance of safety, not defeat

These may be terrifying events, but they are not hopeless for true believers. Faith in God and His eternal promises saved in times past, provided daily strength and protection, spiritual salvation and emotional peace, and will do so again.

Previous We are all Noah now

Next The time has come