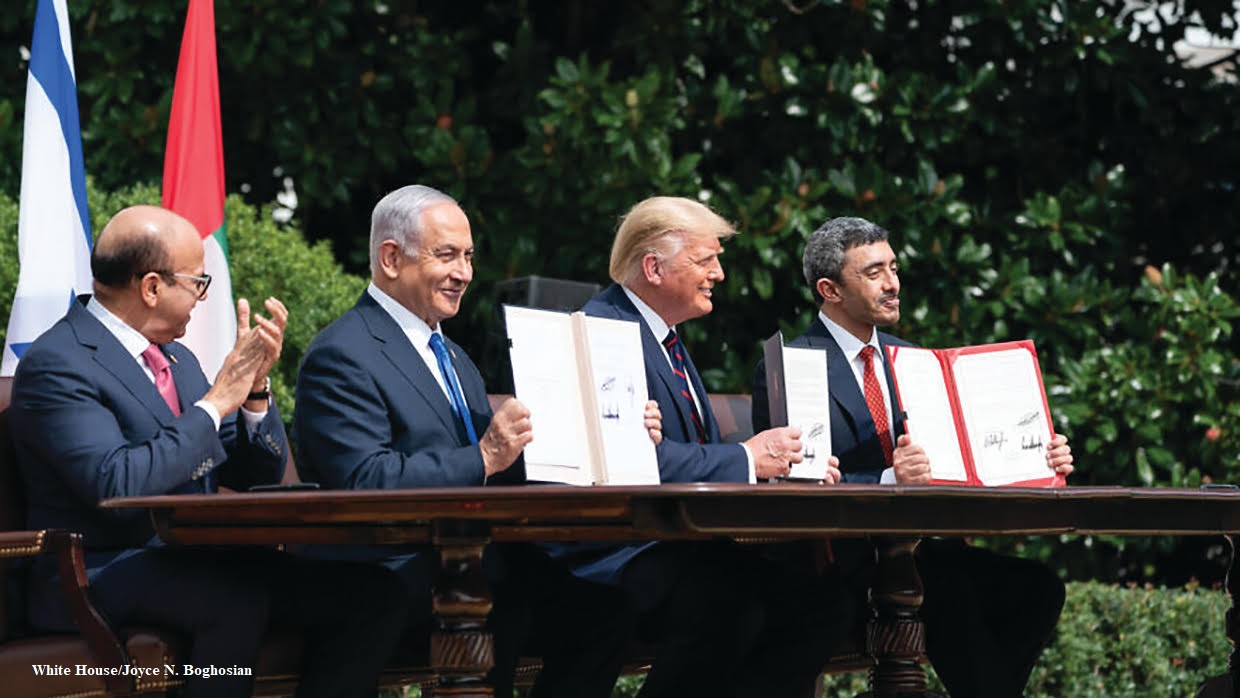 The foreign minister of the United Arab Emirates, Abdullah bin Zayed Al Nahyan, penned these familiar words in the guest book of the Holocaust Memorial in Berlin on October 6. The visit to the German memorial had been proposed by the senior UAE diplomat himself. Accompanied by Israeli Foreign Minister Gabi Ashkenazi for meetings, they exchanged pledges of active cooperation heralding a new era of peaceful coexistence.

The catchphrase “Never again!” has been used by Jews for decades to declare another Holocaust will never be allowed to happen. For an Arab diplomat to affirm it publicly was breathtaking in significance.

Has a new era begun? In part, yes.

Israeli relations with some Muslim nations have existed in secret for decades. Israel has even warned Arab heads of state (e.g. King Hussein of Jordan) of imminent assassination attempts by terrorists.

Turkey, despite its hostile anti-Israel rhetoric, has had ongoing trade with Israel for decades.

Officially, however, only two Arab nations had made peace with Israel (Egypt in 1979, Jordan in 1994), until the UAE and Bahrain joined in September this year.

Now the proverbial genie of Arab folklore is out of the bottle and will not be put back in so easily.

Since summer, there has been a stream of diplomatic posturing about other Muslim nations seeking relations with Israel. The list is not insignificant. Kuwait, Mauritania, Morocco, Oman, Sudan and Tunisia are among them.

And there are even more astonishing developments astir. Voices in Iraq, Lebanon, Saudi Arabia and Syria have been raised recognizing the value of relations with Israel. These voices admit that decades have been wasted on unnecessary hostility stoked by the Palestinians.

These are not just private opinions. They come from government officials or their unofficial spokesmen and would not be published without approval from the top echelons. They may not be widely accepted opinions, but they are the first steps molding public opinion to accept the changing norms.

Why the ties with Israel?

Many Arab nations see friendly relations with Israel as a means to access American largesse and to expand trade. They also want access to Israeli technology involving everything from agriculture to medical services to cyber-security.

Too, many in the Arab world just want to move forward. They see the democracy, freedom of expression and human rights Israel offers its own citizens, including the fifth that are Arabs. Those living under repressive Islamist or authoritarian regimes see Israel as a beacon in the Middle East.

Above all, however, Arab nations feel threatened by Iran’s saber-rattling and are convinced relations with Israel can help keep Iran at bay. Israel has been fearlessly proactive in destroying Iranian advance positions, weapons depots and manufacturing sites in Syria. Other nations have noticed.

Iran’s intention to conquer the world for the Shiite version of Islam is beyond doubt. Its development of ballistic and nuclear weapons is proven. Iran is the chief sponsor of terrorism in the Middle East and other regions of the world. Hamas, Hizbullah and numerous other terror groups are funded by the Persian state. Lebanon, Syria and Yemen are already dominated by Iran. Its tentacles stretch across Western Europe, Central and South America.

Credit for much of the diplomatic work behind the scenes goes to Israeli Prime Minister Benjamin Netanyahu and his deputies, and to US President Donald Trump and his staff, in particular his Senior Advisor Jared Kushner, who brokered the Israel-UAE, Israel-Bahrain accords. The Trump-Netanyahu approach–avoiding the always-obstructing Palestinians–was untried and it was successful.

The outcome is a paradigm shift from the past. In 1973, the Arab nations initiated a total boycott of Israel. Most Muslim nations joined the boycott.

African nations, many of them with large Muslim populations, were pressured to go along, not wanting to jeopardize trade with the Arab world. Israel had helped many African nations develop life-saving agricultural infrastructure, irrigation systems and more. That aid was forfeited for the next half century due to the boycott. Today, the same nations want access to Israel again and the boycott has become weakened. 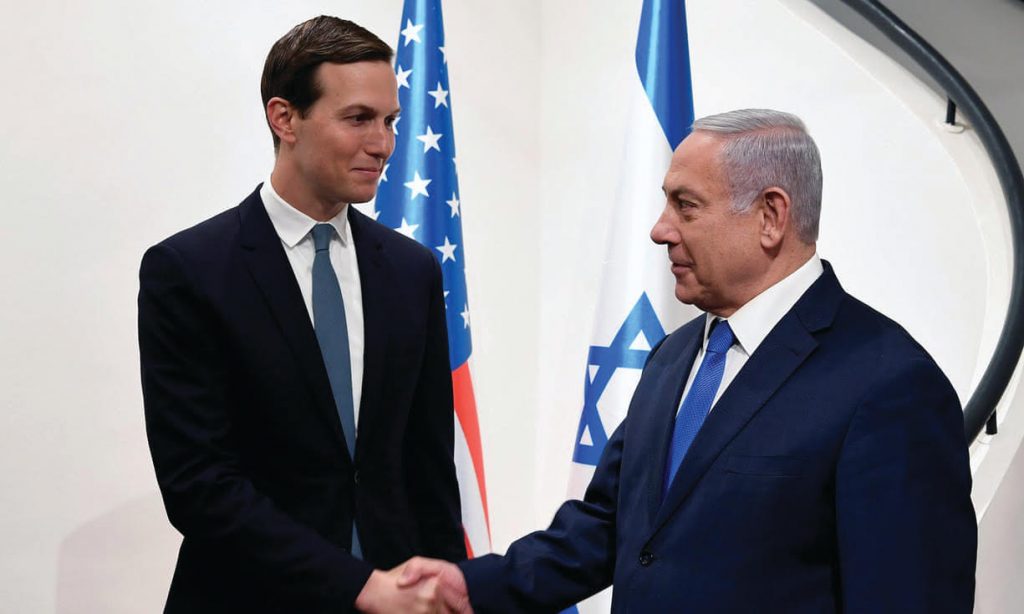 Lion sleeping with the lamb?

The lion is not yet sleeping with the lamb. Though government spokesmen speak enthusiastically, there is widespread caution.

Israel won’t sell its proprietary defense technologies to Arab nations. A renewed confrontation with the Palestinian Authority or Gaza could thwart advances. And Israeli construction in disputed areas of Judea and Samaria, labelled “illegal” by the United Nations (though contradicting the Bible and even prior UN resolutions), could halt progress.

The Bible speaks of times when all nations will be gathered against Israel on the battlefield. There have been cases in the past when nearly two hundred UN member nations cast votes condemning Israel with only the Marshall Islands and Vanuatu opposing.

But Israel will nurture relationships with any nation willing to engage. It will pursue trade and contribute to the needs of those nations for as long as it is possible. Even if rejection and conflict come again, the day will yet appear when Isaiah’s prophecy about peace when the Messiah comes will be fulfilled: “The wolf will dwell with the lamb, and the leopard will lie down with the kid; a calf and young lion and fatling together, and a little child will lead them” (11:6). Israel yearns for that day.