“Love thy neighbor as thyself” 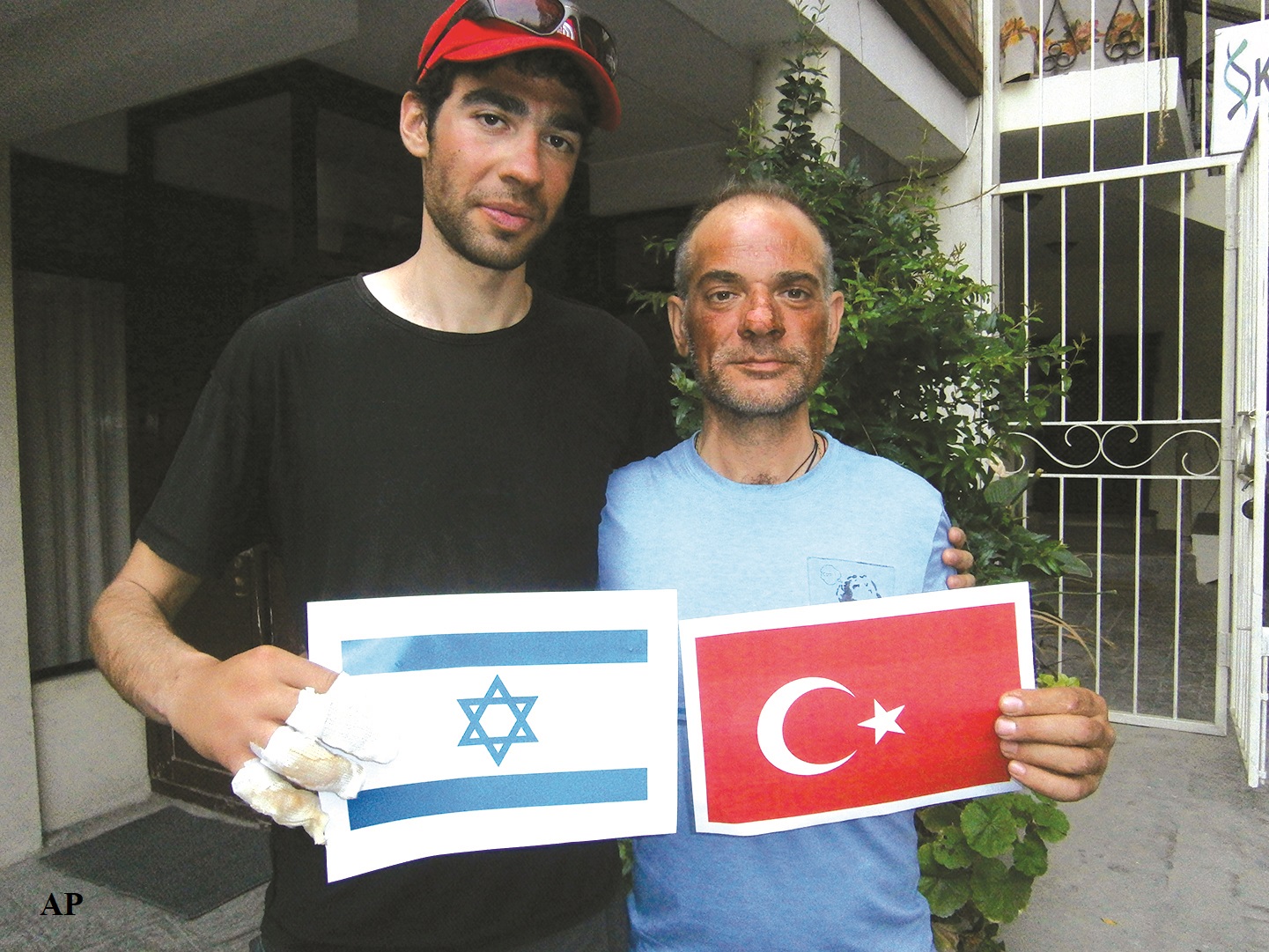 At age 24 in 2012, Nadav Ben Yehuda was a law student in Rehovot. He was also Israel’s most successful mountain climber, having scaled the world’s highest and most perilous peaks, some solo and without supplemental oxygen.

Still, he had yet to conquer Mount Everest. In the spring of that year, he attempted an ascent. Just three hundred meters from the summit, however, something made him stop:

“I was faced with a choice: To be the youngest Israeli to climb Everest, which would be great for my career, or to try to take a climber off the mountain. I chose the second option and I managed to do it,” said Ben Yehuda selflessly.

“The route was strewn with bodies,” he recalled. “When I saw him, I recognized him. It was Aydin Irmak from Turkey. We had met in the camp. He was unconscious, he had no gloves, no oxygen, no crampons, his helmet was off. He was waiting for the end. Other climbers walked past him without lifting a finger, but I knew that if I had continued climbing, he would surely die. I had no second thoughts. I knew I had to save him.

“Aidin and I started the descent. It lasted nine hours. It was very difficult to carry him because he was heavy. From time to time, he regained consciousness, but then turned off again. When he came to, he screamed in pain and this made our descent even more difficult. It went very slowly, but we descended. At some point my oxygen mask broke. A little while later we met a climber from Malaysia, who was also on his last legs. It became clear that it was completely impossible to go further. I yelled at the climbers I met going up and demanded some oxygen for the two wounded. Some responded.”

Reaching the camp, they were evacuated by helicopter to Kathmandu and hospitalized. Everyone got severe frostbite, but all survived.

Said Irmak: “I would have died on the mountain. It was a miracle….I remember falling down. I woke up with Nadav standing over me and shouting my name. Nadav did a great thing. He built a bridge between Turkey and Israel, and our leaders can learn a lot from him… I may have missed the summit, but I gained a new brother.”

Two years later, Ben Yehuda was sent back to Nepal by the Israeli government to help with rescue efforts after a snowstorm disaster in the Himalayas caused by the cyclone Hudhud. Four Israelis were among the 43 fatalities, 50 were missing and 175 injured.

Weeks later, he was sent to Nepal again when a bus overturned and fell off a cliff. There were 14 victims, including two Israeli women, and 50 wounded.

We have often reported about the unrivalled medical, food, financial and other assistance Israel provides to nations when they are struck by earthquakes, tsunamis or other disasters. Even now, Israel is providing medical aid services, a field hospital, ambulances and far more to help Ukrainian refugees.

Nadav Ben Yehuda embodies the Jewish value of caring for those in need perfectly. Without hesitating, he acted to save the life of his new friend. It is consistent with the fundamental Torah teaching, “Thou shalt love thy neighbor as thyself” (Lev. 19:18; Mt. 19:19). Foregoing certain fame, he even endangered his own life. “Greater love hath no man than this, that a man lay down his life for his friends” (Jn. 15:13).

Previous Our connection with Ukraine

Next The holiest day