While world pressure on Israel to make more sacrifices for peace continues to build, Israel waits for a peace partner to appear. But so far, the Palestinian Authority is in absentia.

At the United Nations in September, before an audience of nearly two hundred nations, an optimistic Israeli Prime Minister Benjamin Netanyahu even invited PA President Mahmoud Abbas himself to come to Jerusalem to address the Israeli Knesset (parliament) directly.

Abbas, in turn, spoke to the UN General Assembly and demanded an apology from Britain for its Balfour Declaration of 1917 endorsing the establishment of a Jewish state. He also demanded Israel release all Palestinian prisoners from its jails. That is to say, terrorists jailed in Israel for killing or maiming Israelis with knives or guns should be freed. No suggestion of peace there.

Hundreds of Palestinian prisoners in Israel have, in fact, been released in exchange for the bodies of Israelis held by terrorist groups Hamas or Hizbullah. Tayseer Abu Sneineh was one of four terrorists who murdered six Jews in a 1980 attack. Captured by Israel and sentenced to life behind bars, he was released in a prisoner-exchange deal. Now he is a candidate for city council in Hebron, a city under PA control.

Abbas’s political party, Fatah, revealed something of its positions on September 5, the 44th anniversary of the Munich massacre of the Israeli Olympic team at the hands of the Black September terrorist group. On its Facebook page, Fatah praised the “heroic Munich operation,” which demonstrated the “courage and power of the Palestinian resistance fighter.” 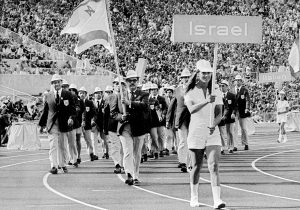 On August 2, Fatah posted a list of its achievements since its founding in 1959 by Yassir Arafat. “Significantly, [it] did not cite even one peace-seeking or peace-promoting achievement, but only listed Fatah acts of violence and terror. Fatah even boasted that its attacks have killed 11,000 [sic] Israelis.” (Palestinian Media Watch, August 3, 2016)

The feelings of the PA towards Israel are exemplified by a statement made by the Palestinian author, Yousef Jad Al-Haq, on Syria News TV on August 16, who suggested, “if a million or two of us die, but we get to liberate Palestine [i.e. Israel, Ed.]….Well, that’s fine by me.” (www.memritv.org/clip/en/5680.htm)

Hostile feelings are directed against others, too.

In the Palestinian world, children’s education is for indoctrination. PA Prime Minister Rami Ramdallah introduced a new Palestinian schoolbook for grades 1 to 4 in September that distorts history, geography and more. In its pages, women are depicted as “witches and demons,” Tel Aviv is labelled an Arab city (occupied by Jews), and Bethlehem is called a city on the coast of the Gaza Strip (sic). (“Palestinians: ‘Women are Witches’,” Khaled Abu Toameh, Gatestone Institute, September 8, 2016)

It is symptomatic of the radicalization of the Palestinian-Arab population that minorities and women are denigrated. Local “West Bank” elections called for October 8 produced lists with names and photos of male candidates only. Women’s names and photos were hidden. They were referred to as “the wife of” her husband or “the sister of” her brother. (In local elections in 2012, women’s photos were replaced by a picture of a rose or pigeon.)

The Palestinian journalist Khaled Abu Toameh commented angrily: “When Palestinian women carry out attacks against Israelis, Palestinian society glorifies them as heroes. Then the names and photos of these women are plastered across billboards. Yet…when the women wish to work for life rather than for death, their identities are not fit for public consumption.” (“The Invisible (Female) Palestinians,” Khaled Abu Toameh, Gatestone Institute, September 5, 2016)

Interviewed by Egyptian TV in September, the notorious former PA Preventive Security Service head Jibril Rajoub, who spent 17 years in Israeli jails for terror convictions, ridiculed Palestinian-Christians, calling them the “Merry Christmas group,” and accused them of voting for Hamas.

Christians make up 20 percent of Palestinian-Arabs worldwide, but after decades of persecution at Muslim hands, in the PA, eastern Jerusalem and the Gaza Strip they make up less than one percent of the population according to Dr. Hanna Issa, Secretary-General of the Islamic-Christian Commission for Supporting Jerusalem and Holy Sites.

The value of life 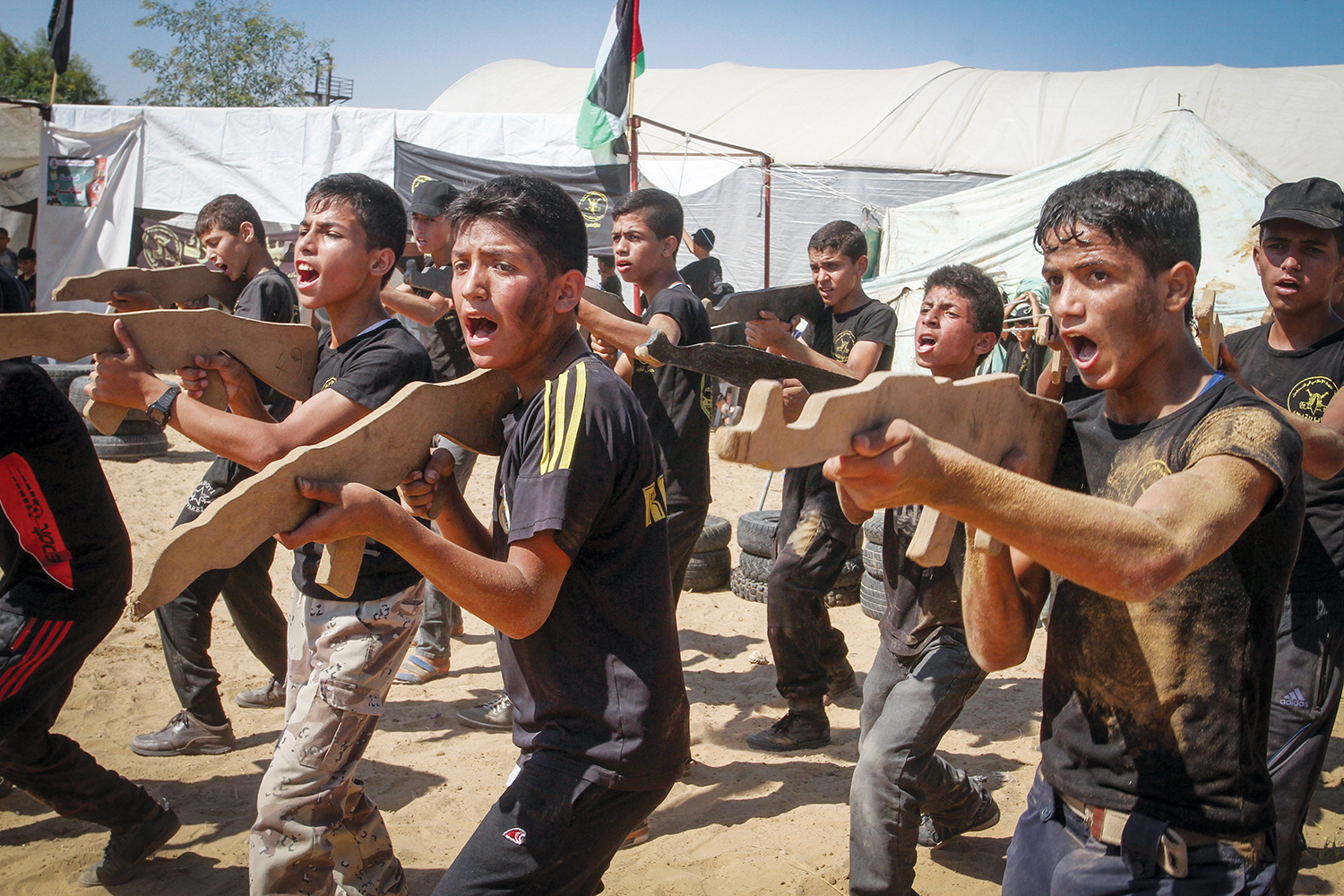 In July, a news video circulated showing a Palestinian-Arab father goading his four-year-old son to throw stones at Israeli soldiers during a mass protest. The father screams at the soldiers, “Kill him! Shoot him!” The frightened boy nears the soldiers and one soldier extends his right arm, as does the boy, and they smack hands in the air playfully. In the background, Arab protestors taunt the soldiers, but the situation is defused.

PM Netanyahu commented: “Encouraging someone to murder a child–let alone your own child–is probably the most inhumane thing a person can do.…The Palestinian Ministry of Education in Ramallah recently organized an event for students to honor terrorists who murdered three civilians. Two weeks ago, the Palestinian Authority’s official newspaper praised teenage terrorists and wrote that ‘death as a martyr is the path to excellence and greatness’” (www.youtube.com/watch?v=j-kOwFA8xZ4). In suicide kindergarten camps in Gaza, innocent children are trained to value death over life.

Israel has cooperated with the PA in many areas–agriculture, utilities, technology, security–and has even offered recognition. But Israel awaits a partner who will give up incitement to violence, abide by agreements, and be willing to live peacefully alongside Israel.

Previous The madness of the year gone by

Next Good News from Israel