Know your faithful ones 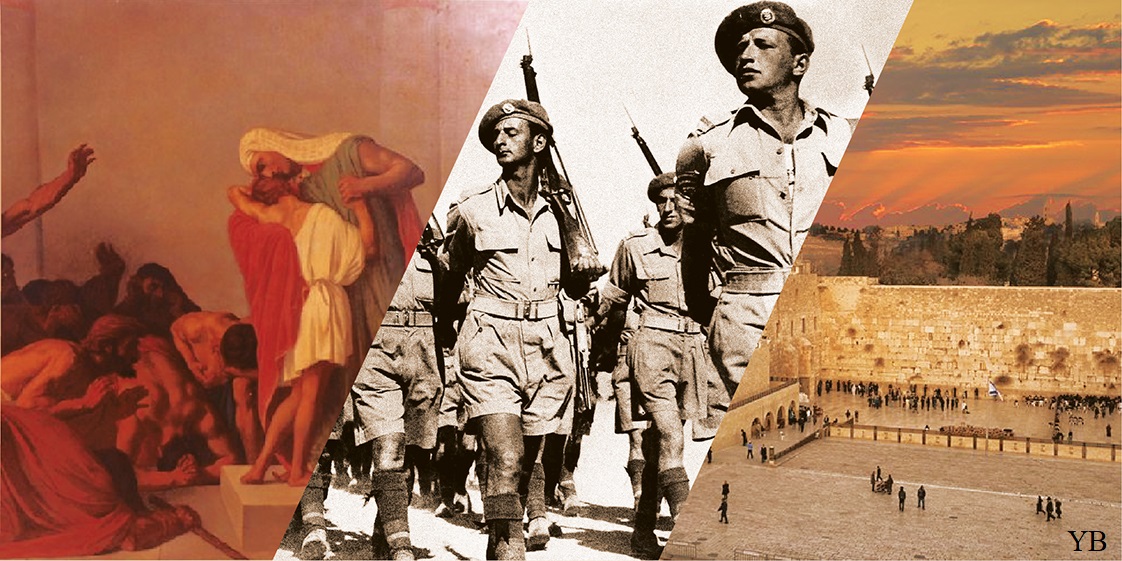 When someone makes a donation in order to bless Israel through one of the LEMA’AN ZION outreaches, he or she sacrifices part of their labor and time–actually part of their life! In this way they are, of course, returning it to God, for it is written, “it is He that gives you strength to get wealth” (Deut. 8:18).

It is appropriate that the giver should know something about us as the stewards and the ones carrying out the task. It is a matter of mutual trust.

Most of my readers know the gist of my own story. When the Nazi horror reached our family in what was then the German-Polish corridor, my father’s life was not spared. I was a nine-year-old lad and also targeted to be shot by the SS. God rescued me within a few seconds’ time. And these moments led to my serving HIM faithfully internationally still today as a 90-year-old senior. I want to stay with this positive thought.

But there is also the story of my older brother, Josef. Our shared experience reminds of a Bible story, as is so often the case among we Jews. Here are some highlights.

When the Nazis occupied Poland in 1939, Josef was on the run. At one point, he hid in a forest for several days while waiting for a chance to cross the border into Russia.

At the decisive moment one night, a German soldier suddenly stood before him with an armed rifle. The soldier spoke just one word, “Jude?” (Jew?). Believing he faced imminent death, Josef answered true to his faith, “Ja, Jude” (Yes, a Jew). The soldier stepped closer and called out, nodding in the direction of the border, “Lauf!” (Run!). Josef took a few steps and looked behind him thinking he would be shot in the back. The soldier yelled again, “Run!” It was the first time Josef ever had an encounter with the German military.

Arriving in Russia, Josef was captured as a fugitive. Stalin and Hitler had a pact, after all. This was in effect until 1941, when the Nazis attacked Russia. Upon release, Josef was pressed to enlist in the Russian Army. He refused and asked to join the Polish exiles army instead, the so-called General Anders Army. And that’s what happened. 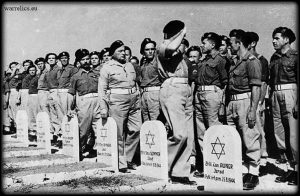 As an inductee in the Anders Army, he was transferred to the Middle East. This was during the same time that the establishment of a State of Israel was nearing reality in Mandatory Palestine. Many Jewish troops in the Polish army visited relatives or acquaintances in Palestine. Josef did too. Friends tried to persuade him to stay and not return to his unit. Someone had even stolen the cap and belt of his uniform and warned that he would be severely punished if he went back. But Josef insisted on properly rejoining his company.

So Josef appeared before his Polish officers and requested an official discharge. He was told: “Goldberg, you are the first soldier to request an honorable discharge. The others just abandoned their units and never came back.” Josef was promoted with a commendation and dismissed with complete documents.

He left right away for Palestine (Israel!). He participated in the defense of the reborn state and helped rebuild our old fatherland. He married, “And unto Joseph were born two sons” (as in Gen. 41:50). They, and later their children as well, all became Israeli soldiers, and then served the nation as attorneys and in the medical field. God had spared Josef’s life for a good purpose.

I didn’t know that my brother was still alive, simply couldn’t imagine it. Hadn’t two of my older sisters died of starvation in the ghetto and hadn’t other relatives been shot? After emigrating from Germany, I lived in Chicago for some time, then in England and in Canada, and later still in California before finally coming home to Israel.

Then one day in 1962, I received a letter in America from Israel: “My name is Josef Goldberg. Is it possible that I am your brother? Is my father still alive?” I had to think of the biblical Joseph, who revealed himself to his brothers and asked about his father’s well-being (45:3). Even our 23-years’ separation was as in the Bible!

In subsequent correspondence, I learned that my brother had unsuccessfully initiated family searches through the Red Cross and other organizations. As a last measure, it occurred to him to write directly to the West German government in Bonn.

Soon he received a reply. They could only report that a certain Herbert H. Goldberg, originally from Poland and active in international banking, had immigrated to the United States. The exact address was provided along with good wishes for success. (Acquiring such details was possible in Germany due to the obligation to register with the government when you move.)

God did not abandon us

Not long after that, we met and introduced our new families to each other in person. We also spoke about our relatives who went ahead of us into eternity.

Josef had two observations about Germany which he shared with me: First, he wondered why that soldier had helped him escape across the border years before? When he told me that the German soldier had been an older man, I speculated that perhaps he had a son at home as old as Josef had been and therefore was compassionate.

The second observation concerned the letter from the government. The message with my address had been quite plain and simple, literally just two sentences. It was followed by an almost empathetic remark that Josef should not be too sad if this was not the family member he was searching for. Then they would do everything possible to continue searching. That moved Josef greatly. He did not hate Germany. After all, a German soldier had saved his life. And revenge is not in the nature of our family anyway.

As a result of the difficulties of his life, despite surviving, Josef Goldberg died not long after our reunion. At his bedside, I could still say a heartfelt prayer together with him, and a short time later his rabbi and I officiated at his funeral. Today I can say with certainty, See you soon, my brother!

I share this with our friends so that those who bless Israel and pray for us will know us better and be inspired by these proofs that God protects us to fulfill His purpose. May this also cause all to love the Bible even more.

Previous A kangaroo court in The Hague?