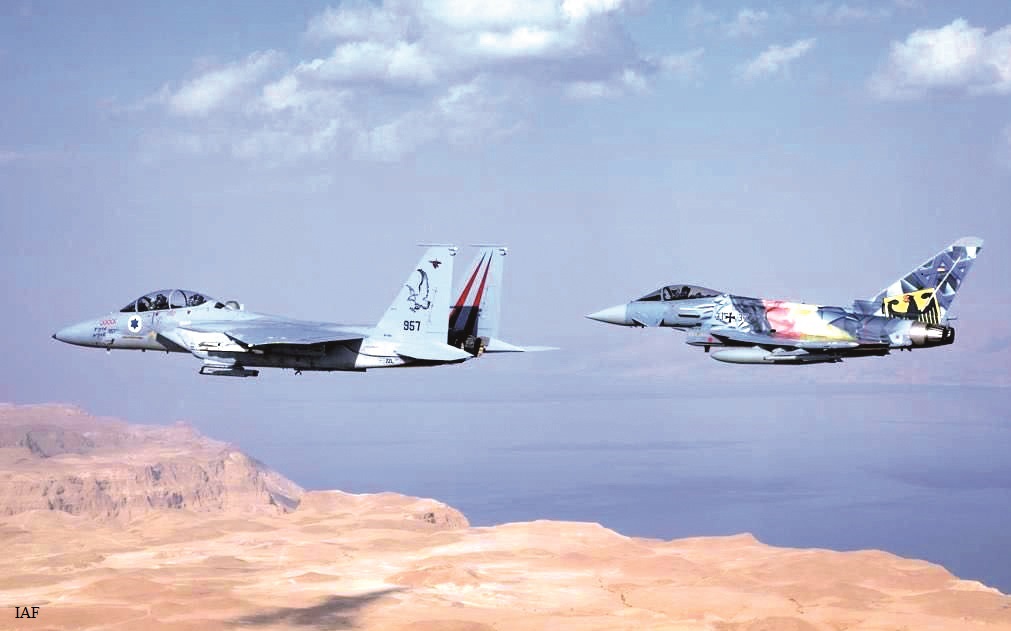 A powerful image with deep symbolism. On October 17, fighter jets from Germany and Israel flew in tight formation over Jerusalem, the capital of the Jewish state, and its parliament building (Knesset).

The flight attested to the solidarity between the two nations. The Israeli squadron was led by air force commander Maj.-Gen. Amikam Norkin and the German squadron by his counterpart Lt.-Gen. Ingo Gerhartz. They were decorated with medals at a ceremony marking the occasion.

For myself, as an eyewitness to the 12 years of Nazi rule in Germany (1933-1945), witnessing the aerial display is a miracle. I think of the expression “turning over in the grave” for those who once wanted to enact a “Final Solution of the Jewish question” and who foresaw their own “ultimate victory.” But they failed. Jewish and Christian Bible believers, in contrast, witness that the Bible is still correct and that Israel is indestructible.

The German-Israeli formation flights were just the beginning. For two weeks, the air forces of France, Greece, India, Italy, the United Kingdom and the USA, eight nations in all, participated in unprecedented large-scale aerial exercises over Israel’s skies for advanced operational training purposes–as a show of unity and power, and as a clear warning to Iran. Defiantly, Iran was conducting its own aerial exercises during the same time.

Indeed, this was about more than friendly relations. It dealt with sharing advanced knowledge and authentic experience. I am reminded of the verse, “I will also make you a light for the nations” (Isa. 49:6).

Israel has always been a peace-loving nation and is therefore thankful for every proof of friendship from Germany. A demonstration of this is that Chancellor Angela Merkel visited Israel eight times.

Holocaust survivors such as I remain hopeful that under the new government Germany will become a reliable ally. Germany has had a contradictory history with Israel in recent decades. While diplomatic gestures and commercial trade have thrived, Germany has seldom opposed UN or EU resolutions criticizing or condemning Israel. Germany has been at the top of the list of Western nations doing business with Israel’s archenemy Iran, which proclaims daily its intent to annihilate the Jewish state. And Germany has steadfastly refused to recognize the millennia-old capital of Israel, Jerusalem. The German embassy is in Tel Aviv.

As the People of the Book, we sincerely believe in the meaning of “a friend that is closer than a brother” (Prov. 18:24).

Next Two ministers, two opposing views of Israel and the Jews