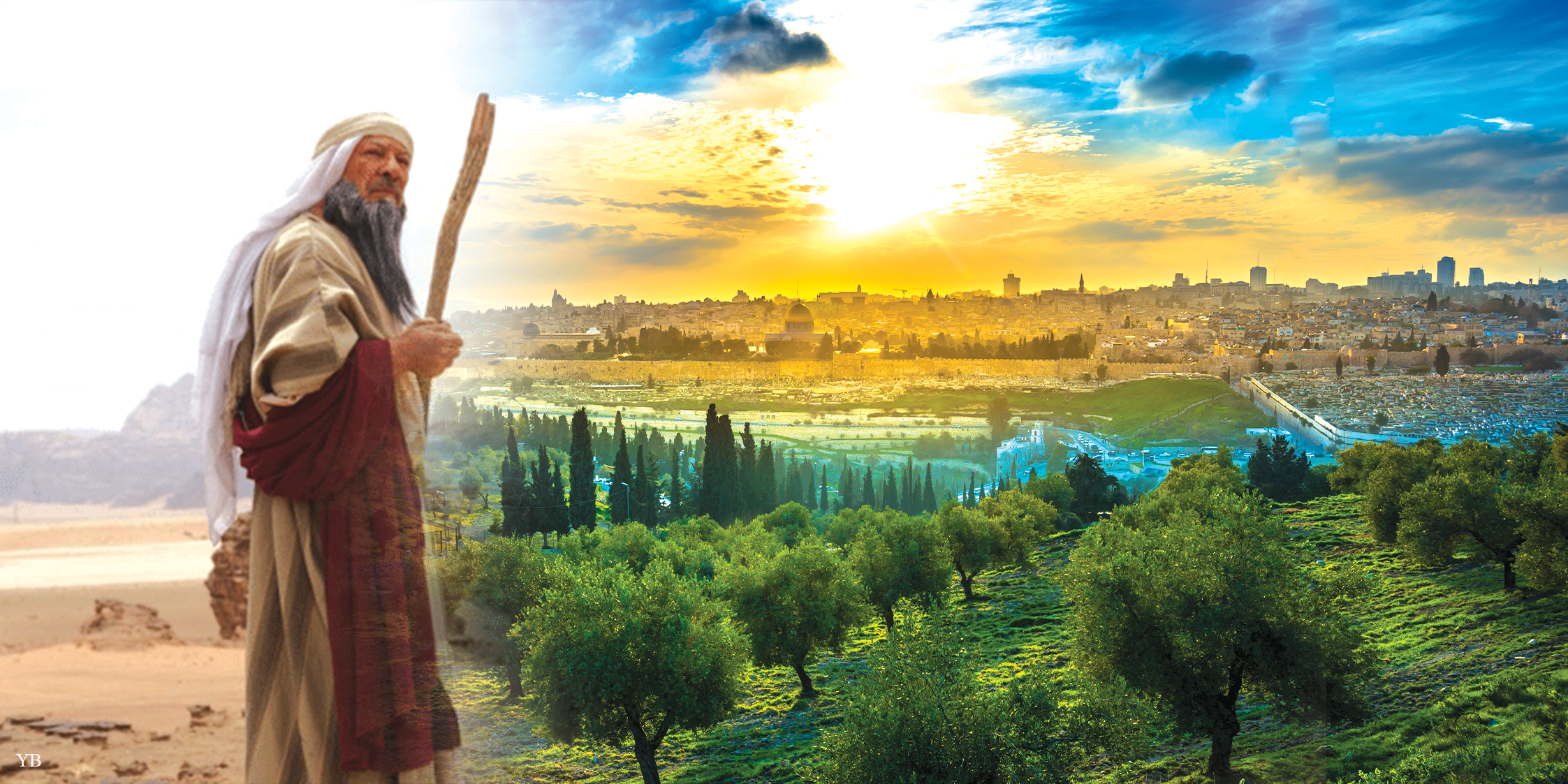 After a 40 years’ sojourn in the desert, Israel was finally on the threshold of entering the Promised Land. Moses knew he would not enter with them, he knew he would be replaced by Joshua. In a series of earnest addresses, Moses still prepared the nation he had led up until now.

He reminded Israel of all the precepts of the Law concerning the relationship to God and to one another. He enumerated blessings for faithfulness and punishments for transgressions. Priests, judges and superiors were appointed, the entire development of Israel as a first-class nation and God’s covenant people was presented.

That the Covenant is eternal was crucially important. Nor is it to be understood as solely an old covenant between God and the Patriarchs Abraham, Isaac and Jacob. It was, rather, intended for every listener to be considered a covenant partner, as if each one had stood personally in God’s presence and heard it for him or herself. And thus the Torah (God’s Word) remains valid for all generations, for Jews even today. This is dealt with in Deuteronomy chapters 29 to 31 in particular.

There it also states: “You stand this day, all of you, before the LORD your God: your heads of your tribes, your elders, and your officers, all the men of Israel. Your little ones, your wives, and your stranger that is in your camp, from the hewer of your wood to the drawer of your water: That you should enter into covenant with the LORD your God, and into His oath, which the LORD your God makes with you this day….as He has sworn unto your forefathers, to Abraham, to Isaac, and to Jacob….Not with you alone do I make this covenant and this oath….also with whoever is not here with us this day” (29:10-15 [9-14]).

Israel was further taught that, in the case of disobedience, it would be removed and dispersed in all the world, and the land would lie fallow. And thus it happened. Alien occupiers of the Promised Land could not make any profit.

Then came the turnaround–aliyah, repatriation! The prophecies of the return are being fulfilled today. That is why forests and fruit fields are blossoming in the desert. Vineyards are being planted in Judea and Samaria, and on the Golan Heights homes are being built–miracles are taking place each day. God’s Word is truth! And the Jewish population of Israel is over seven million today, double what it once was in Poland, for example, where Jews were 10 percent of the total population. Does this not also speak to politicians and scientists about that ancient book, the Bible?

It was Israel’s Ambassador Danny Danon who spoke at the UN Security Council on April 29, 2019, raised a Bible up high and declared, “This is our deed to our land.” With the traditional kippah on his head, he then read five excerpts, presenting the representatives of all 193 member nations and diverse religions with evidence from that ancient source. 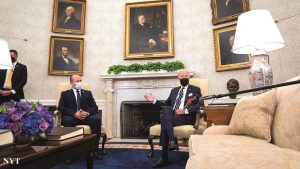 On August 27 this year, it was Israel’s new Prime Minister Naftali Bennett who met US President Joe Biden in Washington and cited the Prophet Isaiah about the supreme verdict, God’s own decision regarding Israel: “Lift up your eyes round about and see: they all gather themselves together, they come to you; your sons shall come from afar and your daughters shall be nursed at your side” (60:4).

During two ZOOM video broadcasts with ELNET (European Leadership Network), with government representatives of numerous European nations, the United States and Israel participating, I too was able to stress from the Bible that Israel is not dependent on the goodwill of the nations, rather that for the People of the Book, it states, “Hineh lo yanum v’lo yishan Shomer Yisrael”–“Behold, He that keeps Israel neither slumbers nor sleeps” (Ps. 121:4 [6]).

What began about two millennia ago as a faith-group of Jews was overwhelmed by Greek and Roman influence and, ultimately, became a separate religion and, tragically, military power. They turned against their erstwhile Jewish friends. Jews were rejected, scorned, persecuted, and anti-Semitism grew. Christians wanted not only to be grafted in (Rom. 11:24), they wanted to be the uppermost ones.

The Apostle Paul warned against this when he wrote to the Romans: “Has God cast away His people? God forbid!….God has not cast away His people which He foreknew” (11:1-2). “For the gifts and calling of God are without repentance” (11:29). And he had already taught the Romans previously: “What advantage then has the Jew? or what profit is there of circumcision? Much every way:…unto them were committed the oracles of God” (3:1-2).

I do not want to comment further on the violent history which Jews experienced at the hands of Christians, but I do want to underscore that students of the Bible will read again and again in the Five Books of Moses and in the Prophets that God’s Covenant with the nation of Israel is eternal, yes eternal. Whoever denies this denies the Eternal and His Word, which is the “truth” (Jn. 17:17). Let us remember, “God is not a man, that He should lie; neither the son of man, that He should repent” (Num. 23:19). “The counsel of the LORD stands forever, the thoughts of His heart to all generations” (Ps. 33:11).

God has even used the universe and the solar system as guarantees of His faithfulness to Israel: “Thus says the LORD, Who gives the sun for a light by day, and the ordinances of the moon and the stars for a light by night; Who divides the sea so that its waves roar; The LORD of Hosts is His name: If these ordinances depart from before Me, says the LORD, then the seed of Israel also shall cease from being a nation before Me forever. Thus says the LORD: If heaven above can be measured, and the foundations of the earth searched out beneath, I will also cast off all the seed of Israel for all that they have done, says the LORD” (Jer. 31:35-37 [34-36]).

We as the nation of the Jews want to be forever thankful to the Eternal One, for He has said: “I have loved you with an everlasting love: therefore with lovingkindness have I drawn you. Again I will build you, and you shall be built, O virgin of Israel: you shall again be adorned with your drums and shall go forth in the dance of those that make merry. You shall yet plant vines upon the mountains of Samaria….[T]he watchmen upon Mount Ephraim shall cry out, Arise, let us go up to Zion unto the LORD our God” (31:3-6 [2-5]).

When God Himself uses superlatives as an affirmation of Israel, then how can mortal beings even suggest theories of substitution? God is faithful in the fulfillment of His eternally true Word. Rejoice with us in this!

Previous The great Nakba – whose tragedy?

Next Drugs, diplomacy and deliverance