“Israel has advanced – and the Arabs have been left behind”

Reda Abd Al-Salam, former governor of Egypt’s Al-Sharqiya province, today a lecturer at Mansoura University in Egypt, makes an impassioned plea to his fellow Arabs. Angrily, he praises Israel’s success in health, science, technology and democracy. We know Israel’s success is God’s blessing! He bemoans the Arab world being left behind, however, mired in strife, tyranny and ineffective Muslim prayers.

“Allah, punish the sons of apes and pigs [the Jews], so they will not escape you; Allah, expel them, Allah, show me the wonders of your might by [punishing them]….” Our forefathers were born, and we were born and grew up and become old and grey, and we still reiterate this supplication to Allah in Friday sermons, with flowing tears….

But what have we accomplished [with this]? Has Allah answered our millions of supplications? Have we seen the wonders of Allah’s capabilities in carrying out judgment against the sons of Zion and the sons of apes and pigs, as we plead again and again in our prayers?

No, not at all–the result has been great disappointment and shame for the Arab leaders, since the opposite happened! Allah has done the complete opposite: It is the Arabs and Muslims who have been torn to shreds and expelled, and through whom Allah has revealed his signs.

Why has Israel advanced and the Arabs and Muslims fallen behind? How long will we keep our heads in the sand or stop up our ears and listen only to sorcerers, to idiots in power, and to the mouthpieces [of the regimes] of hypocrisy [as we have been doing] for decades? How long?

To put it bluntly, let the numbers speak for themselves, since they are the best expression of progress and backwardness. [Then] we will understand why Allah has not answered our supplications of millions of Arabs and Muslims for 60 years, but has instead done the complete opposite [of what we ask]: the Zionists have advanced and the Arabs and Muslims have been left behind….

The Arab and Muslim peoples live under regimes that for decades have engaged, not in developing their peoples and establishing themselves in economy, society, science, and democracy, but in establishing their [own] rule….

During this time, those we called the sons of apes and pigs engaged in real building. They focused on education, health, economy, and technology, and, of course, on democratic process; so often we have [even] heard of the imprisonment of a president or prime minister in Israel….What [heights] have the sons of apes and pigs reached, and where is Egypt, the greatest Arab country, mired?….This is also true regarding the other Arab countries…. 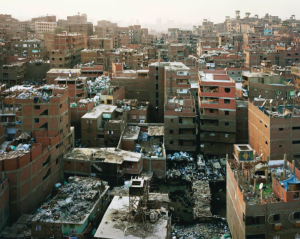 Israel, which we curse day and night, is among the 20 top countries in all measures of global development–while Egypt…for example, ranks below 100th place in most of these measures–for example in quality of education, competitiveness, corruption, investment, online government services, intellectual property, creativity, human development, and so on….

Have we education, health services or social justice? If only we would stop lying to ourselves…because Israel rejoices on high in science and industry, while we are drenched in sweat among the tuk-tuk [motorized rickshaw] drivers, who number over two million in Egypt.

Don’t say that [this is because] the US supports Israel, because over the past decades Egypt has received tremendous support, in billions of dollars, from its Arab brothers and also from the international institutions in the form of grants and aid for developing education, roads, and the like. Where has [this money] gone and whose pockets [does it line]?….

The Zionists have never been smarter than us; it is only how they run the state, and the dream of, and loyalty to, the homeland. Accordingly, I stress that after two revolutions, and following years of destruction, burnout and vandalism…the gap between us and those we call the sons of apes and pigs is now very great…and it is they who are now making a mockery of us….

Supplications to Allah from the preachers’ pulpits [to punish Israel] are not enough, because if they were, Israel would have disappeared from the map after one Friday sermon….

[The fact is] Israel has advanced and we [Arabs] will remain behind–unless we fear Allah in our homeland and in our nation, and present a model by means of which we will lift our heads among the nations.

Previous The unreported story about the Palestinians

Next And again there was fire