Islam in a World of Unbelievers 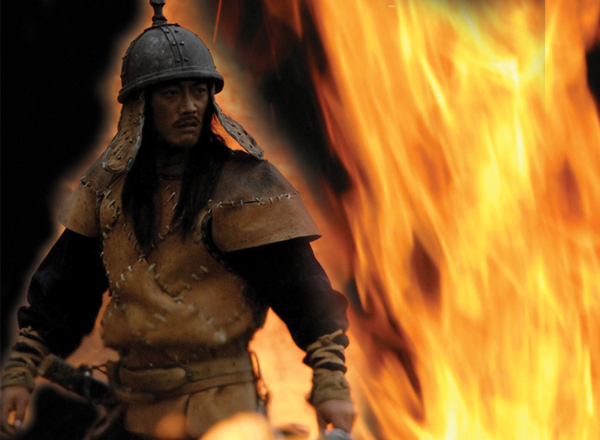 More than ever before, Christians and Jews are reaching out to Muslims at the leadership level through interfaith dialogue. But there are reasons why this is ill-advised.

Desperate to find “common ground,” these interfaith activists invent common ground to substantiate their agenda. They make assumptions about Islam that are just plain wrong.

Within mainstream, not just Islamist, Islam is a fundamental theological element of racist Jew-hatred with openly genocidal intentions. (I do not point a finger at all Muslims.) In such a context, friendship, let alone dialogue, is immoral, unless it can be shown the racist ideology and genocidal aims have been repudiated.

The Christian declaration, while not explicitly stating that God of the Bible and Allah of Islam are one and the same, goes to pains to justify such a conclusion. It repeatedly invokes the same singular God (with a capital “G”) whether speaking of God or Allah, Christianity or Islam. It implies very strongly that Christians, Jews and Muslims worship the same God. (Please see HASHIVAH vol. 35, no. 1, “Is Allah the God of the Bible? A Jewish Perspective” for why God and Allah are not the same.)

Questionably, the declaration defers to Muslim sensibilities in the extreme. But it becomes downright bizarre when it likens the forgiving Jesus’ words at the time of the crucifixion, “Forgive them; for they do know not what they are doing” (Lk. 23:34) to Muhammad who stated one should forgive those who wrong you.

Whatever Muhammad implied at that one moment, anyone with a rudimentary knowledge of Muhammad and the spread of Islam from its earliest days knows he headed a movement for which vengeance and massacres were the norm. He bequeathed that tradition to successive generations of believers for 1,400 years. Even today, any perceived insult against Islam is usually met by violent Muslim reaction worldwide. Recall the “Muhammad-Cartoon Affair,” the “Salman Rushdie Affair,” or the recent Quran burnings in Afghanistan.

Likening Muhammad to Jesus is as absurd as comparing Al Capone with Mother Teresa. Or why not Genghis Khan with Jesus? Genghis Khan is purported to have said, “If my body dies, let it die, but do not let my country die.” After all, that is somewhat akin to what Caiaphas the High Priest said with regard to Jesus, “It is better that one man should die for the people, and that the whole nation perish not” (Jn. 11:50). No one, though, would liken the Mongolian warrior-emperor Genghis Khan, who massacred tens of millions, to Jesus on the basis of a single utterance.

Muhammad’s career as prophet of Islam cannot be separated from his life as warrior. Starting out with a few men who raided merchant caravans for booty, Muhammad eventually led an army of 30 thousand at the oasis of Tabuq.

The Jewish tribe Quraiza in Medina, Arabia, experienced Muhammad’s “forgiving” spirit thus: After the Jews surrendered, all the males, some 600 to 900, were lined up before trenches and beheaded. Women and children were sold into slavery. The event was recorded by Ibn Ishaq, Muhammad’s biographer, and is referred to in the Quran (Sura 33:26).

Rather than focusing on a statement about forgiveness taken out of context, a more historically accurate comparison by the Yale Center would, indeed, have been of Muhammad with Genghis Khan. The thirteenth-century unifier of Mongolia’s tribes said, “The greatest pleasure is to vanquish your enemies and chase them before you, to rob them of their wealth and see those dear to them bathed in tears, to ride their horses and clasp to your bosom their wives and daughters.”

Muhammad’s treatment of the Jewish tribes Quraiza of Medina and Bani-Nadir of Khaibar as described in Muslim accounts is consistent with Genghis Khan’s standards. According to the Quran and the Hadith (the authoritative compilation of Muhammad’s sayings and deeds), Muhammad engaged in and encouraged aggressive wars, breaking of treaties, expulsions, massacres, torture, assassinations, executions, plunder, extortion of tribute monies and enslavement, all authorized by Allah above. Importantly, that is precisely how Muhammad’s successors and followers understood his life and what they sought to emulate.

The Jesus-Muhammad comparison is so ludicrous, one can just picture its proponents attempting to push a camel through an eye of a needle. Yet, if these Christian leaders are unable to fundamentally distinguish between Jesus and the warrior-prophet of Islam, then it should not surprise anyone that they cannot distinguish between God and Allah either.

Some Christians and Jews are intent on bridging interfaith differences with Islam, historical and biblical accuracy aside, and only focus on commonality. But should Christians and Jews stretch out their hands to Muslims without asking serious questions, never mind political-correctness? My concern is not with friendly relations between Christian and Muslim neighbors, but rather between the respective leaders, the transmitters of correct faith.

As long as mainstream Islam propagates the idea that Jews are the sons of monkeys and pigs, or worse, promotes the idea of genocide of Jews, interfaith cordialities are entirely inappropriate.

According to one of the most infamous Hadiths, all Jews will be killed when the Final Hour (the Muslim resurrection, the Day of Judgment) comes. Muhammad said, “The Final Hour will not come before the Muslims fight with the Jews and the Muslims kill them, so that the Jews will hide behind stones and trees and the stone and the tree will say, ‘O Muslim, servant of Allah, there is a Jew behind me, come and kill him’” (from the Sahih of Muslim ibn al-Hajjaj, considered by Muslims one of the most genuine Hadith collections). In short, the murder of the Jews is a prerequisite for the Day of Judgment.

Where is “commonality of faith,” and what is the point of dialogue when the Muslim true believer in effect maintains, “The God in whom both we Muslims and the Jews believe requires me to kill all the Jews eventually”? This is not just some apocalyptical eschatological doctrine, it is an obligation for Muslims.

Interfaith dialogists and Muslim apologists downplay this Hadith as not relevant today, suggesting its literal interpretation is an Islamist aberration. Sadly, that is more wishful thinking than reality: Most Muslims do believe in the Hadith as authoritative and relevant. A July 2011 poll conducted among the Palestinians, among the most highly educated of all Arabs, found that 73 percent of them believe in this genocidal Hadith in the literal sense. Muslim attitudes towards Jews in Egypt, Jordan, Turkey and elsewhere are just as extreme. The dialogists’ optimism, then, is based on just the other 27 percent or so of Muslims who aren’t as orthodox.

As for the depiction of Jews as “sons of monkeys and pigs,” despite the misleading denials of some Muslim apologists that such a teaching exists in the Quran, it is, in fact, based on the Quranic verse Surah 5:60, among others. Leading Quranic commentators of the Middle Ages (al-Tabari, 10th century and al-Qurtubi,13th, among others) describe how Jews were punished by Allah and turned into monkeys and pigs.

The depiction of Jews as monkeys and pigs is rooted in Islam’s most important religious sources–the Quran and the Hadith–as is the prophecy of their extermination. Though sounding extremely primitive to Western ears, this racist idea regularly rolls off the lips of leading Muslims today.

The most important modern Sunni cleric up until his death in 2010, Dr. Muhammad Sayyid Tantawi (Grand Imam of Al-Azhar Mosque and Grand Sheikh of Al-Azhar University in Cairo, the pre-eminent mainstream Islamic school worldwide), referred regularly to Jews as the children of monkeys and pigs in his sermons, not just as some past Quranic event, but of Jews currently and collectively.

It is easy to attribute such an anti-Semitic belief to radical Islamists, Hamas, Hizbullah and the clerics of Iran. The reality, however, is that this belief is common and the depiction is preached as literally true by imams in mosques throughout the Islamic world. At Mecca’s most important mosque, the Al-Haraam, imam Sheikh Abd Al-Rahman Al-Suddayis prayed that Allah should destroy the Jews, “the scum of the human race, the rats of the world…and the offspring of apes and pigs.”

Palestinian Authority Sheikh Ibrahim Mahdi likewise sermonized to his congregants to turn all weapons against the Jews, whom “Allah described as apes and pigs.” Following the lead of the clerics, the media and other public-opinion shapers also reinforce the monkey-pig slur in the Muslim public consciousness.

Salim ’Azzouz of the Egyptian Liberal Party wrote that Jews “actually are pigs and apes,” not just like them.

Ominously, this combination of degrading Jews as subhuman animals and predicting their annihilation suggests Islamic ambitions no less heinous than the Nazis’. It reminds of Nazi propaganda films that portrayed Jews as rats and vermin to rally German public opinion against them. It prepared the road to Auschwitz.

Is it any wonder that today bestseller anti-Semitic tomes such as The Protocols of the Elders of Zion and Hitler’s Mein Kampf can be bought in virtually any bookstore throughout the Muslim world? Is it any wonder that armies and terrorist militias in the Middle East have adopted the Nazi salute? That the Grand Mufti of Jerusalem Haj Amin al-Husseini was a salaried ally of Hitler, meeting with him and other Nazi officials in Berlin in the hope of bringing the Final Solution to Palestine? That Der Stürmer-like anti-Semitic political cartoons are the norm throughout the Arab press today?

That Saddam Hussein and Muammar Qaddafi pursued nuclear weapons, and Mahmoud Ahmadinejad still does, for the stated purpose of destroying Israel? That Hizbullah leader Sheikh Hasan Nasrallah stated he hopes all Jews will immigrate to Israel, so it will be easier to kill them, rather than searching them out all over the world?

No doubt there are many Muslims who repudiate these repulsive ideologies despite their source in mainstream traditional Islamic theology. Many individuals are significantly more liberal in their understanding of Muslim texts, perhaps even critical of them. There are Muslims who appreciate Jews and Christians and wish them well. There are also Muslims, including some imams, who support Israel in principle because it is an open democratic society, such as the group Muslims for Israel. There were Muslims, such as Iranian diplomat Abdol-Hossein Sardari, who saved Jews during the Holocaust. Such are worthy of friendship.

But of those Muslims leaders (including in the West) who equivocate on issues of terrorism, 9/11, democracy, human rights in Muslim lands, or Israel’s right to exist, one should be wary because odds are there lurks an ideology no less sinister than Nazism.

To those Christians who signed the Yale Document and those Muslims who signed their own declaration, I have a few questions: If there is such great commonality between the faiths, if we all basically believe and want the same things, why is it that, on the one hand, Muslims feel free in predominantly Christian countries of the West, without threats to their lives, but on the other hand, Christians, Jews and other non-Muslims living in Muslim countries must hide their faith, live in fear, and often flee? Why are mosques built relatively easily throughout the West, but non-Muslim houses of worship in Muslim countries are severely restricted or outright prohibited?

Why are masses of Christians fleeing the Middle East today, just as over 800,000 peaceful Jewish residents of Arab countries had to flee during pogroms 60 years ago? Why don’t Muslims flee Christian countries? Why don’t they flee Israel?

And more, why don’t the masses of Muslims in the West take to the streets to protest Arab dictators’ abuses, as in Syria, the way they do against alleged American or Israeli abuses? Where is the commonality of values, the commonality of faith?

Apparently all that handshaking is a bit premature.

Previous Is Allah the God of the Bible? A Jewish View

Next The Jews: Semites or Khazars?