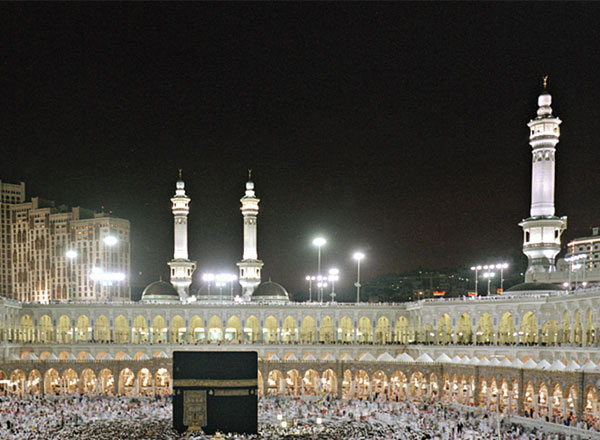 Is the Islamic deity, Allah, the same as the God of Abraham, Isaac and Jacob? The answer you get will depend on whom you ask.
– An Evangelical, fundamentalist Christian will likely reject any suggestion that Allah and God are the same.

– An Islamic apologist will be just as adamant claiming Allah is the same as the God of Christians and Jews. A devout Muslim will also maintain Adam, Abraham, Ishmael, Isaac, Jacob and even Jesus were all Muslims.

– Christian interfaith dialogists, especially those with liberal theological, humanist and multi-cultural leanings, will cheerily say the three major monotheistic religions–Christianity, Judaism and Islam–are all Abrahamic faiths and all believe in the same God.

The question is a theological one, but it casts an even wider shadow. Frequently, people with little or no religious involvement–politicians, news commentators and media pundits, the social “elite” and even entertainers–but with the objective of shaping public opinion and policy, make slovenly, uncritical pronouncements embracing Islam as a kindred faith. It’s the banality of dutiful political correctness over the rigor of biblical scrutiny.

Is there a Jewish opinion?

As among Christians, there are varied opinions among Jews about Allah. Liberal Jewish theologians, reflecting their Christian counterparts, tend to accept Islam’s Allah as the same as the God of the Bible. Some orthodox Jews accommodate that idea, but less congenially due to Islam’s theological claims and its aggressive anti-Semitism. Others again reject the idea altogether.

The medieval rabbinic authority Maimonides (1135-1204) considered both Christians and Muslims monotheists and, therefore, not idol worshippers, though he viewed their faiths inappropriate for Jews.

Alternatively, Rabbi Avrohom Karelitz (1878-1953), known as the Chazon Ish, stated that Islam is idol worship, citing the prolific religious legal authority Rabbi David ibn Zimra (1479?-1573), who concluded one must accept death rather than submit to a forced conversion to Islam (a frequent threat for Jews living under Islamic rule).

To clarify, there are certain Torah laws which are temporarily suspended, such as the Sabbath restrictions, if by doing so a life can be saved. Saving a life is foremost. On the other hand, there are four categories of laws that may never be violated under any circumstances, even if threatened with death or martyrdom. They include the prohibitions against idolatry, murder, incest and adultery. Since Jews must refuse conversion to Islam even if threatened with death, it follows that Islam falls into the category of idol worship.

Some similarities and differences

Islamic sources generally imply that Allah is the same as the God of Christians and Jews. Both are “People of the Book,” that is, people who were exposed to Divine revelation but corrupted the message of Allah, necessitating the advent of the prophet Muhammad with his rectifying revelation. Islamic tradition accepts numerous Tanach (Old Testament) and New Testament characters as Islamic prophets. The Muslim holy book, the Quran, cites several of the narratives of the Bible, though frequently names and other facts are altered. According to Islamic tradition, for example, Abraham attempted to sacrifice Ishmael, not Isaac.

Some see these factual “errors” as proof that Islam is a sloppy copy or worse, a devilish forgery. The interfaith dialogists gloss over these differences, focusing on the similarities, especially a common biological and spiritual father, Abraham. Muslim religious practices, such as praying towards Jerusalem, a dietary tradition called halal (remotely similar to the more stringent Jewish kosher dietary practices), male circumcision, and established daily prayer times suggest a filial relationship. Prayer towards Jerusalem, however, was quickly abandoned in favor of Mecca when Muhammad didn’t see the hoped-for conversion of masses of Jews to his new religion.

Who is Allah? The name “Allah” appears long before Muhammad conceived of Islam and began his violent “crusade” across Arabia in the early seventh century, massacring unbelievers and conquering their lands. Archeological inscriptions with the name “Allah” abound in pre-Islamic Arabia. Allah was one of almost 400 deities, demons or jinns that the pagan Arabs revered. In pre-Islamic Mecca, Allah was the chief deity among several worshipped at the famous Black Stone or Cube, known in Arabic as the Ka’abah, and at numerous such similar stone sites of pagan worship in Arabia. In fact, Muhammad’s non-Muslim father was named Abdallah, “slave of Allah,” which in this case is the pre-Islamic, Arab pagan god. There is some debate as to whether Allah was the moon-god worshipped by Arabs, though this is denied vociferously by Muslims.

It would appear then that Allah “converted” to Islam when Muhammad co-opted him from his pagan neighbors. Several other pagan practices from pre-Islamic Arab culture, including the Hajj or pilgrimage to Mecca, venerating the Ka’abah, the ritual of stoning three pillars representing the devil, and more were likewise incorporated. These elements are still found in Islam today.

That major features of Islam, especially the central deity, originate in a pagan milieu is quite a compelling reason for rejecting the idea of Allah being the same as the God of the Bible. But there is an even more fundamental issue from a Jewish perspective which makes Allah very dissimilar from God.

Monotheistic belief is not an automatic ticket to Jewish acceptance by biblical standards. Indeed, Jews already rejected one previous form of monotheism as pagan. Though the Greek philosophers paid lip service to the gods of the Hellenistic pantheon, several (including Aristotle, Plato) posited a Prime Cause (a single, first energy, wisdom or god) as the origin of the cosmos.

Hellenistic culture found many ad-mirers among the ancient Jews. But the rabbis rejected Greek philosophical monotheism as contrary to the Torah because it misrepresented God’s true nature; they deemed the Prime Cause unbiblical, that is, pagan. According to the philosophers, their “god” was a transcendent force that “created” the universe, but thereafter did not manage it. He was a non-caring, non-loving, completely uninvolved maker. He rolled out the balls that are the planets and stars and walked away. There was no divine providence whatsoever. That was enough reason to reject Greek monotheism.

In the Bible, God is not so transcendent as to be uninvolved. From the very beginning, God was always involved in the affairs of His universe and in human history. He guides nature, the destinies of nations and of individuals. Sometimes He even directs their hearts and minds. He speaks with them or sends them messengers, angels. The rabbis stated that God was even concerned with the fate of every little bird, something reiterated by Jesus (Matt. 10:29). No one stubs a toe without God allowing it. God’s supervision (called hashgachah in Hebrew) was evident on the macro and micro levels.

The rabbis labeled fellow Jews who adopted the Greek notion of a single spiritual creator who did not interact with man “Epicureans” (after the Greek philosopher Epicurus) or in Hebrew “Epikursim.” That word became a catch-all term for Jewish heretics till today.

Just as the monotheistic Greeks erred regarding God’s nature, so also the Muslims. Islamic tradition attributes 99 names to Allah, each describing a different characteristic. One of the names is The Loving One. But throughout the Quran, Allah seems anything but loving (and then, according to Muslim commentaries, only towards Muslims). In fact, Allah’s pervasive characteristics in the Quran are that he is judging, reckoning, vengeful, wrathful. A constant theme throughout is the punishment of non-Muslims, their consignment to Hell and torment.

Though Allah is also referred to as The Merciful One and Forgiving One, frequently he seems to be the opposite. “Whether you [Muhammad] ask forgiveness for them [hypocrites] or ask not forgiveness for them, and even if you ask seventy times for their forgiveness, Allah will not forgive them….” (Surah 9:80). The Quran does not provide the proofs that Allah loves the world or that he is merciful. Rather, Allah is an angry, punishing master.

God’s nature in Jewish and Christian faith is that of a loving father. We are His children. He is kind. He loves us, corrects us, provides for us, protects us. He even feels our suffering (note Isa. 63:8-9). And though His punishment can be severe, His patience, faithfulness, mercy and forgiveness are evident throughout the Bible. He has a close relationship with individuals and a unique, intimate relationship with His Chosen People. Both Jews and Christians pray to God with these words: “Our Father Who is in Heaven.” God loves the world.

By contrast, nothing in Islamic tradition, least of all the Quran, suggests that Allah is a loving, caring father. Indeed, the mere suggestion of the Fatherhood of God to a Muslim will frequently elicit an angry and absolute rejection. The only fathers Muslims acknowledge are their biological ones.

It is facile to assume, as some interfaith dialogists do, that Abraham’s biological son Ishmael, the progenitor of the Arabs, transmitted Abraham’s faith to the Muslims. At some point, Ishmael’s descendants abandoned the faith of Abraham and became pagans. Islam, despite its monotheism, retains substantial elements of paganism.

Abraham is a champion of faith to both Jews and Christians. Unlike the ubiquitous idol worship of his society and even his own family, he believed in the One true God. Neither a philosophy of appeasement, nor one of syncretism, not even one of interreligious dialogue, marked Abraham’s beliefs. It was his unadulterated faith that set him apart and precisely why God chose him to be the channel of blessings for the world. The hackneyed universalization of “Abrahamic faith” is, in fact, contrary to that for which Abraham stands.

(In the next edition of HASHIVAH, we will take a closer look at some shocking core beliefs of mainstream Islam. In view of these, the embrace of Islam by the liberal West, especially by dialogists, is deeply disturbing.)

Previous An Old Spirit in the Middle East

Next Islam in a World of Unbelievers