Good news vignettes to inspire those who love Israel

In an unbroken line since Bible days, Jews have had a direct connection to their land and its capital, Jerusalem. Even during their Dispersion, a remnant remained in the Holy Land. The popular contrary view is that the Jews invaded, from Europe and elsewhere, and stole land from Palestinian Arabs.

History tells a different story that is seldom mentioned.

That’s not an anomaly. The Meyuhas family has resided in Jerusalem for more than four hundred years. The Eliachar, Matza and Parnas families have also been in the holy city for many generations.

New corneas are being implanted in blind patients at Beilinson Hospital east of Tel Aviv and the patients’ sight is restored immediately after the simple procedure, which takes less than an hour.

What’s new, however, is that the cornea is entirely synthetic and requires no donor tissue. The current clinical trials with test patients involve bio-mechanically attaching synthetic materials to the patients’ own tissue (Israel21c, July 20, 2020).

The risk of viral infection, such as COVID-19, or other disease transfer is zero because no live tissue is used. It also meets the concerns of people who object to live-organ transplants on religious or other grounds. The CorNeat KPro cornea was developed by CorNeat Vision in Ra’anana.

A handful were retrieved from Iran in December 1978 just before the Islamic Revolution and were bred in captivity in Jerusalem’s Tisch Family Biblical Zoo. Today, scores of them are thriving in the leafy Haifa-Carmel region and in the verdant hills around Jerusalem (In Jerusalem, July 24, 2020).

A deer species that was extinct except for a few survivors in captivity has been saved and already several generations have been born in the wild and are filling a land that was once barren, but now is green.

Removing cancer tumors in an operation saves lives. Assuring that all of the tumor has been removed is the primary objective of the surgeon. Undetected cancerous cells can spread throughout the body with fatal consequences. That, however, can only be determined weeks later when the results of lab tests on blood and abdominal-fluid samples are received.

Researchers at Tel Aviv University’s Zimin Institute have developed a real-time test that can yield results in minutes to a few hours. If results are positive, chemotherapy treatment can commence immediately, saving precious weeks (Israel21c, July 16, 2020).

The device, called MinION, is currently being tested at Tel Aviv’s Ichilov Hospital and combines medicine, engineering and computer science technologies. Several years of trials will be required before wide implementation will be possible.

Israel offers the most coronavirus solutions after the USA and China

Coronavirus research and development in Israel is third in the world after the USA and China according to Dr. Laurent Choppe of Cukierman & Co. Life Sciences (Calcalist, July 17, 2020).

About 180 Israeli healthcare and high tech companies, many of them startups, are currently dedicated to finding COVID-19 solutions. Only in the USA and China, where financial resources are far more available, are more companies engaged in addressing the pandemic.

Dr. Choppe, whose own mother was successfully treated for the virus in Israel, warns, however, that while Israeli innovation is extremely fast in Israel, no vaccine will be available until 2021 because clinical trials take months. “If what they are trying today on a large number of patients doesn’t work, which is very often the case, it could be even later and there is no way to speed it up….If [the vaccine] protects a person for one month, nobody will use it. You need to show it works for six months, a year, or more.”

On July 1, at a Jerusalem Post conference dealing with the coronavirus, Isaac Herzog, chairman of the Jewish Agency, announced that up to a quarter million Jews are expected to move to Israel in the next five years (The Jerusalem Post, July 2, 2020).

Why now? The trigger has been the COVID-19 virus. With rampant financial ruin, widespread unemployment, disruption of children’s education, and chaos in health-care, many Jews want to move on and start over…this time in Israel. Jewish immigration to Israel is up almost fifty percent this year compared with 2019, when 34,000 Jews made the move.

Numerous Jews in the Diaspora also consider Israel’s healthcare system superior to those abroad, are alarmed by the rise of anti-Semitism worldwide, and believe that Israel is the Jewish homeland, whether for religious or historical reasons.

Since 1930, the Jewish Agency has been the largest Jewish non-political organization responsible for Aliyah (the immigration of Jews to Israel). The Agency played a major role in establishing the modern State of Israel by helping bring four million Jews to Israel.

The number of Jews in the world today stands at 14,410,700, the same number as in 1925, according to an annual report submitted to the Knesset (Israeli parliament) on July 20 and various sources published recently: 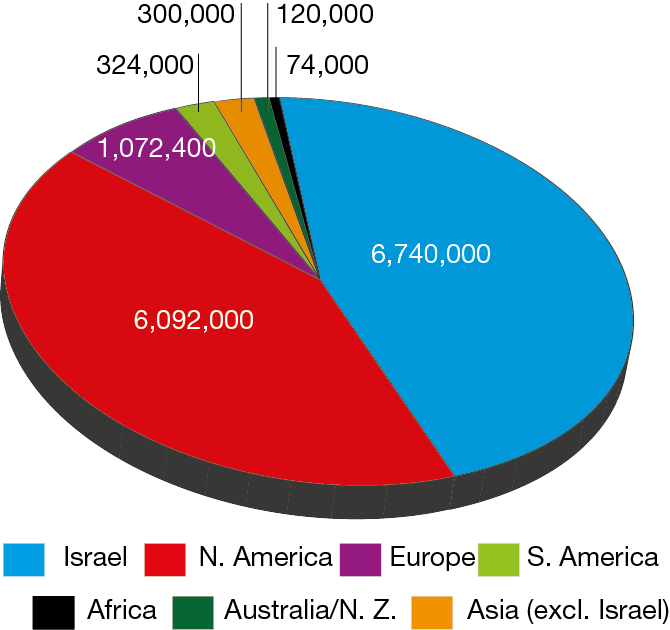 In 1939, just before the Holocaust, the Jewish population reached an all-time peak of 16.7 million. 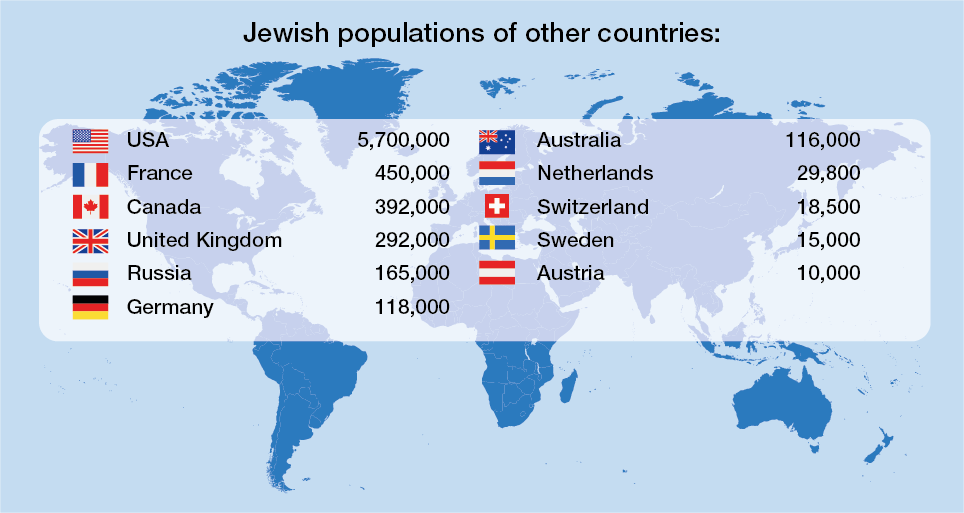 Previous The time has come

Next Arabs are fed up with the Palestinians