Mayor Dulan abu-Saleh, the leader of Majdal Shams, the largest Druze town on the Golan Heights, is angry…at the United Nations. For decades, the UN has condemned Israel for “imposing economic and social hardships on his community,” but the Arab mayor calls it a “total joke.” (Makor Rishon, July 29, 2016) 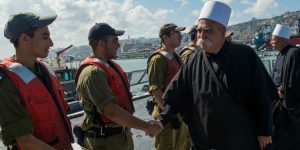 He objects strenuously to lies from the UN. “I don’t understand what they’re talking about, it’s laughable,” he says. Druze on the Golan “don’t serve in the [Israeli army] and so far are only receiving from the state.” Regarding the war in Syria, he says: “Why don’t the [UN] condemn the atrocities in Syria, where dozens of children are killed daily? Golan residents have a good life….when we build and make up plans we never felt discrimination. On the contrary, we always found a sympathetic ear….We have no idea who these people at the UN are, but they have probably never been here.”

He refers to the scores of “bed-and-breakfasts and restaurants we developed, filled with people at the height of summer,” mostly Israeli tourists visiting the nature reserves and ski areas of the Golan, “yet the UN determines that our economic and social situation is bad. It’s all political. They prefer us to die in Syria than to live and enjoy in Israel.”

One typical Golan resident, Karim Batkhish, from the town of Masaada, says: “The war in Syria is irrelevant to us. Some [leaders] may say they support [Syrian President Bashar] Assad but it’s a lie to show Syria we’re with them. They’re lying, no one wants to see Syria here.”

The blind learn to see 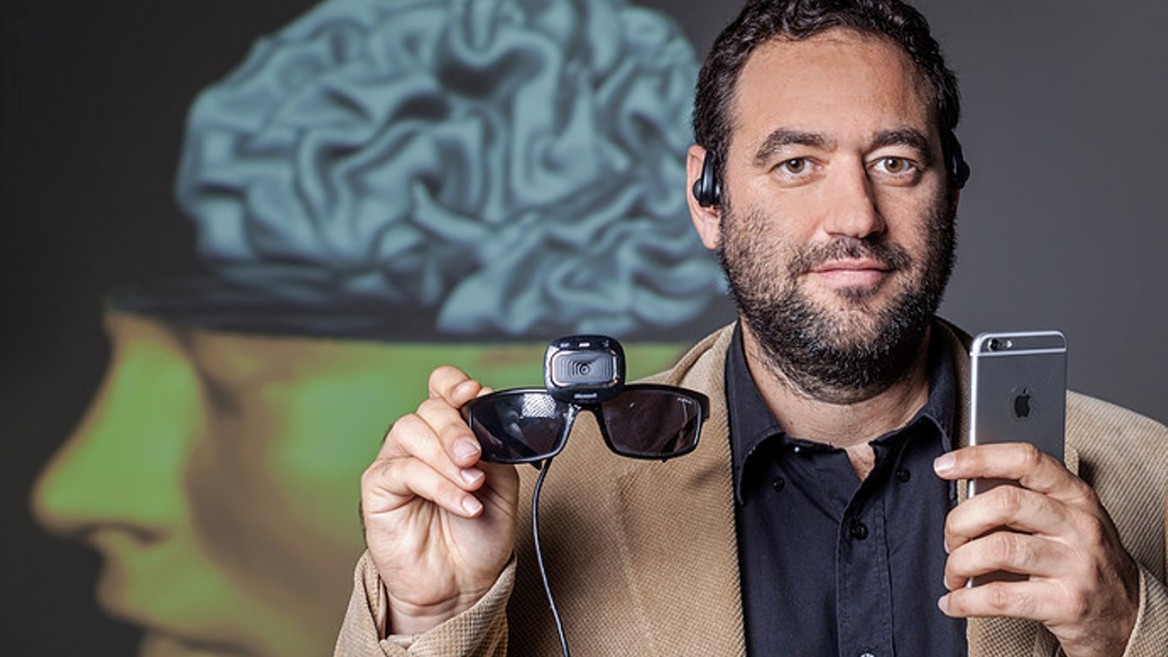 At the Hebrew University in Jerusalem, Professor Amir Amedi has created Sensory Substitution Devices (EyeCane and EyeMusic) for the blind that provide visual information by sound and touch. By using infrared radiation and soundwaves, patients learn to recognize distance, shape, colors, brightness, even letters of the alphabet. (Israel21c, September 19, 2016) 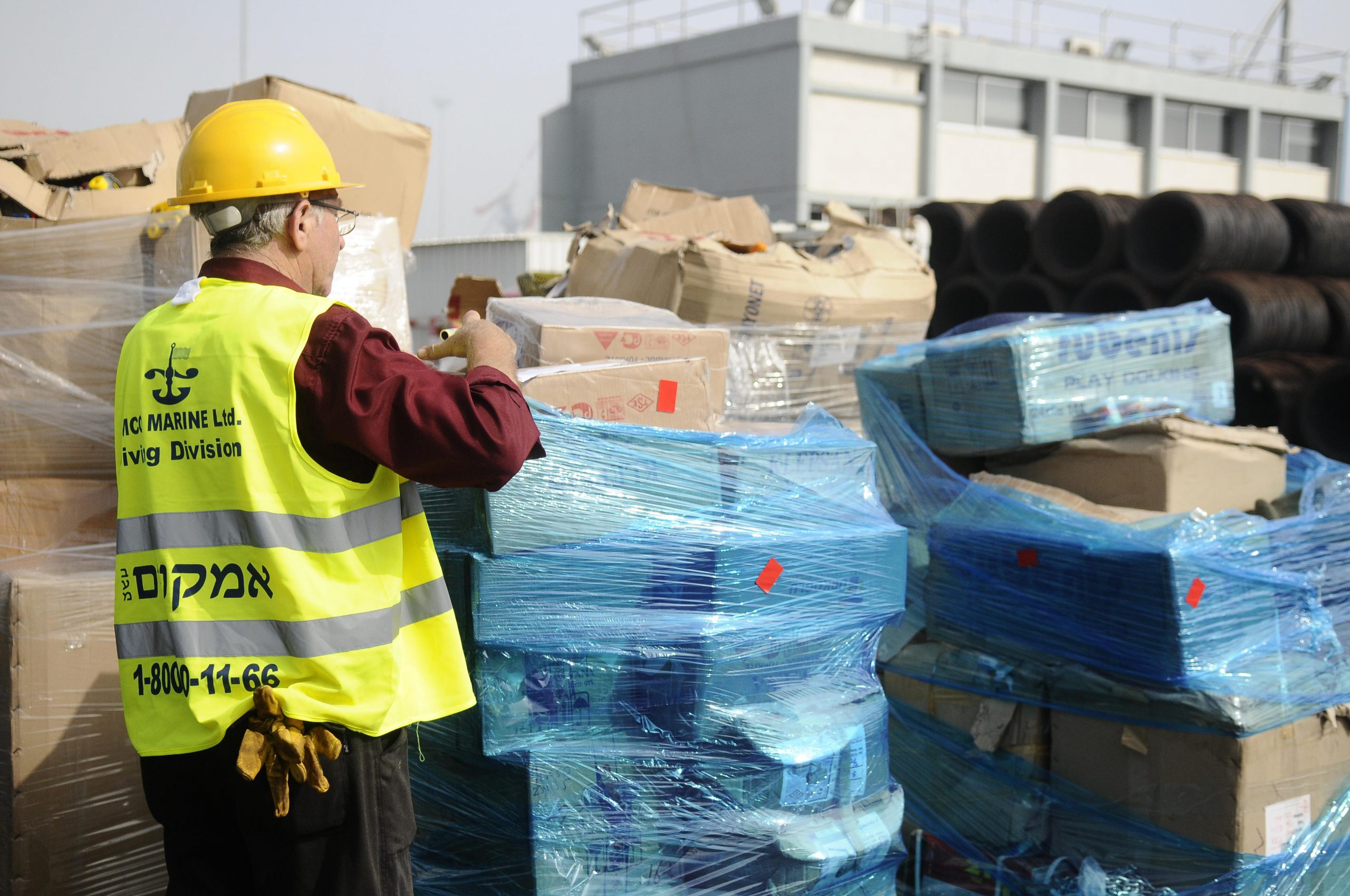 In the first half of 2016, a record-breaking 89,000 trucks filled with humanitarian aid and supplies, seven hundred trucks per day, were allowed to enter Gaza through Israel. Only prohibited technologies and equipment that could be used for terror purposes by Gaza’s Hamas regime were prohibited. (Walla.co.il, August 25, 2016)

“Israel is a country with a population (8.6 million) and size (20,770 sq. km.) [8,019 sq. mi.], just slightly less than the US state of New Jersey. Israel is made up mostly, in my estimation, of rocks, desert, rolling hills and mountains. It is a barren country. I could not imagine how any agriculture could exist there. 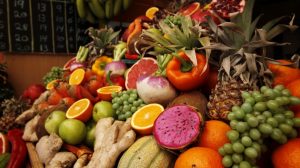 “In fact, two-thirds of the country is desert and wilderness and has less than one inch [2.5 cm.] of rain per year. The other one-third of Israel is cultivated with crops, which includes figs, dates, citrus, avocados, bananas, mangoes, guavas, grapes, apples, pears, cherries, tomatoes, cucumbers, peppers, and grain crops including corn, wheat, sorghum and cotton.

“Israel grows more than 40 types of fruit and is one of the world’s leading fresh citrus producers and exporters, including oranges, grapefruit, tangerines….the total area under cultivation has increased from 408,000 acres [165,111 hectares] to one million acres [404,685 hectares]….Israel produces 95 per cent of its own food requirements.” (Chatham Daily News [Ontario, Canada], Kim Cooper, August 11, 2016)

Since 2001, in Greece, Haiti, Iraq, Italy, Japan, Kenya, Nepal, the Philippines, Rwanda, Sierra Leone, South Sudan, Uganda, even in the USA, 39 countries so far have been helped by IsraAID, a rapid-response, humanitarian-aid organization of four hundred Israeli professionals and hundreds more volunteers. Whether earthquakes, tsunamis, hurricanes or epidemics, the group responds immediately with highly organized search-and-rescue missions, medical relief, social care and anything else needed. 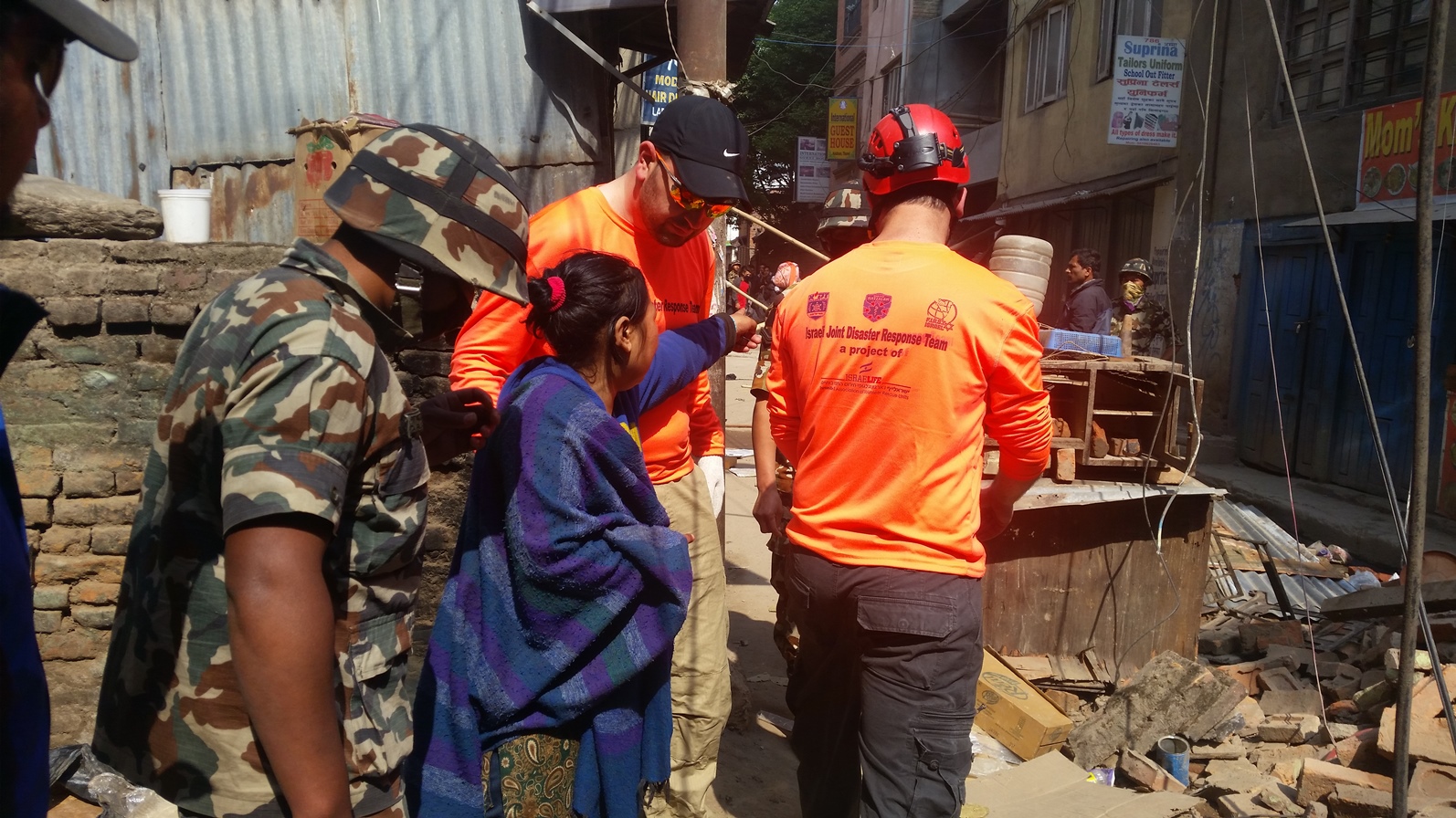 A game to turn swords into ploughshares

Prime ministers of Israel have often said they want to meet their Palestinian neighbors on the playing field rather than on the battlefield.

Now, amidst another wave of multiple daily terrorist attacks, knife stabbings and car-rammings, sports competitions seem more elusive than ever. Indeed, it was a front-page story in Israel and other countries each time a Muslim athlete refused to play against an Israeli athlete at the Rio de Janeiro Olympics this summer.

But in Jerusalem, one contest brought together nearly two hundred Israelis and Palestinian-Arabs, whether Jews, Christians, Muslims or secular, in August: A backgammon tournament. The oldest and most popular board game, it is ubiquitous across the Middle East. Over four days, the annual tournament brought together players who competed against each other in Arab and Jewish neighborhoods of eastern and western Jerusalem in a non-political atmosphere. For many of the players it was the most interaction they have had with a Jew or an Arab.

At the Global Innovation Awards in Beijing, Israel won the top two prizes among three thousand entrants from around the world. The prizes were won by Israeli startup NiNiSpeech, which has developed groundbreaking speech disorder treatment, and AerialGuard, which has developed an autonomous navigation system for unmanned aircraft. (Israel Hayom, August 11, 2016)

Not all Palestinian-Arab leaders–legislative council members, sheikhs, imams, clan leaders–are against Israel. Sheikh Abdullah Tamimi, member of a prominent clan in Hebron, believes that economic cooperation and dialogue with all Israelis (not just leftist activists), and not violence, are the key to achieving peace.

He is clearly at odds with the many anti-Israel, anti-normalization fellow-leaders. They believe no contact with Israel should be permitted, favor an outright economic boycott of Israel along with sanctions (BDS), and incite the masses to violence and terror.

Sheikh Tamimi and other Palestinians, such as bereaved-families representative Khaled Abu Awwad, have participated in seminars with Jews in Judea and Samaria (the West Bank) this year (“Palestinians: Bad News for Israel-Haters,” Khaled Abu Toameh, Gatestone Institute, September 12, 2016).

For their courage in speaking with Israelis and, worse, meeting with “settlers,” they have been branded as “traitors” and “collaborators” with Israel. Tamimi has been outlawed by his clan and been isolated socially, excluded from social functions, weddings and funerals. 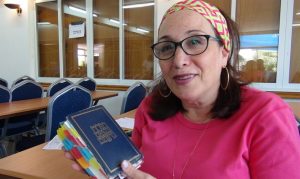 In 2010, Gitta Neufeld, a Bible teacher and Education Director at a Jewish school in New York, won $18,000 on “Jeopardy,” a TV game show, by answering questions about the Bible. With her winnings, she has come to Israel with her family five of the last six years to attend a Bible conference in Gush Etzion south of Jerusalem.

When the money ran out, she competed on another TV game show, “Who Wants to Be A Millionaire?” and won again. “It was a little difficult to explain to the host of the show what I was going to do with the money. She thought I should buy a diamond ring, but this is definitely better,” Neufeld says. “Learning with these wonderful [Bible] teachers inspires me throughout the year.” (Israel National News, August 12, 2016)

Previous Looking for words of peace from a peace partner

Next Inspiring scenes in Israel