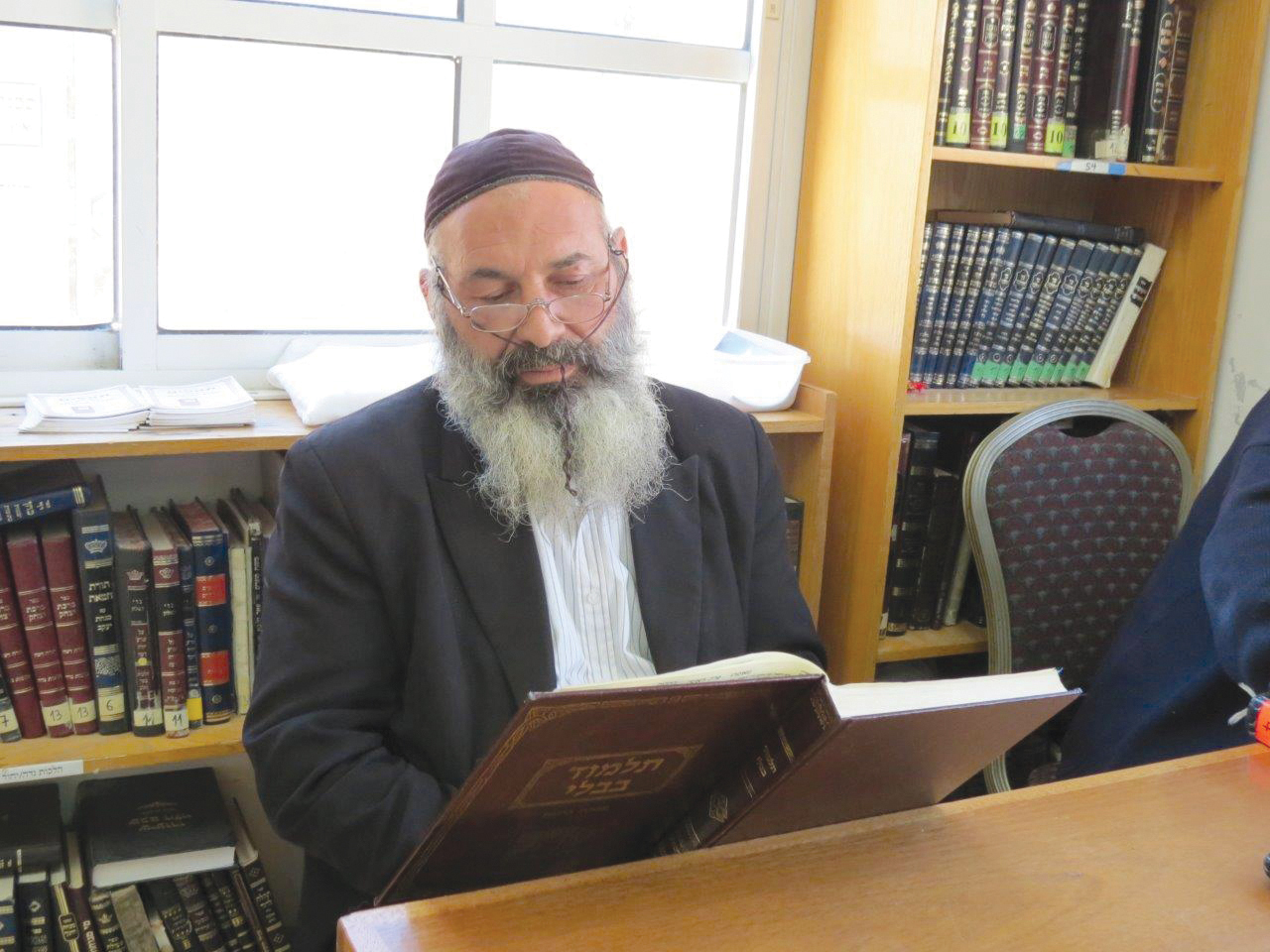 – Rabbi Avraham Sinai, once Ibrahim Yassin, spied on the terror group for Israel
Times of Israel staff, May 14, 2016

When 120 young Israeli soldiers lined up outside the President’s Residence in Jerusalem on May 12 to receive citations for their distinguished service, leaders lauded and paid tribute to their exceptional personal tales.

But few of those stories could compare with that of Amos Sinai, a young soldier in the Golani Brigade who was one of the recipients of the commendation. 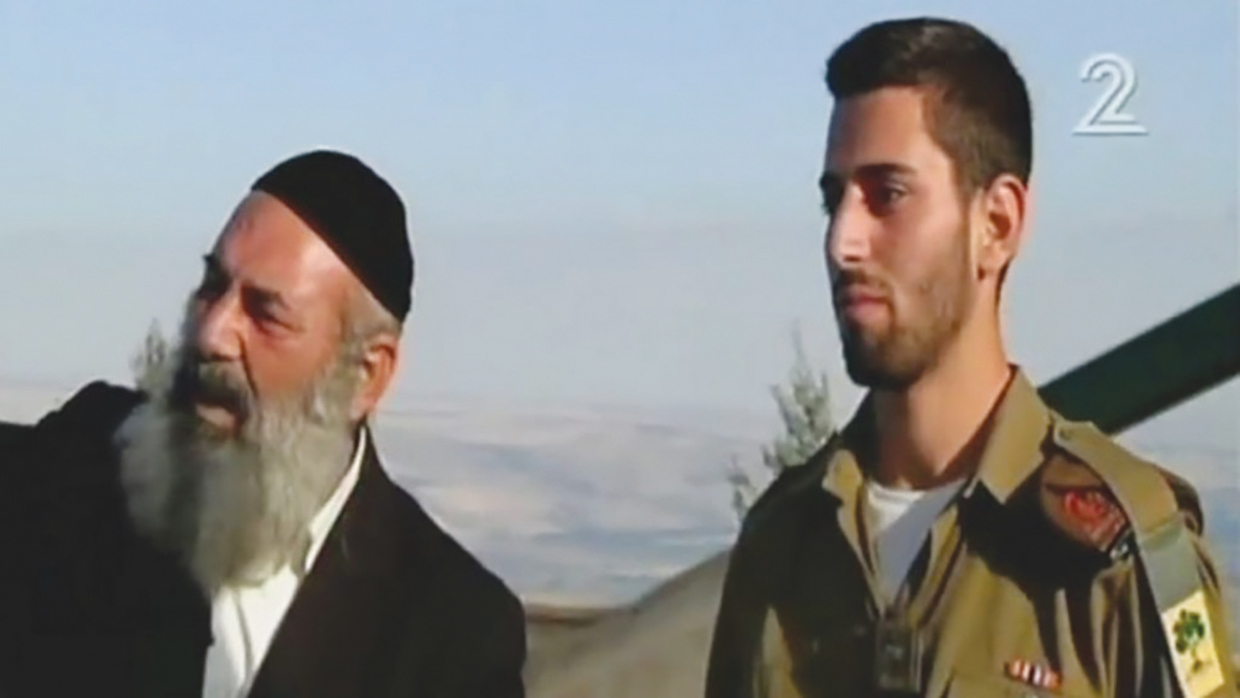 For Amos wasn’t born Israeli. He wasn’t even born Jewish, but a Shiite Muslim in Lebanon, Israel’s Channel 2 news reported on May 13. And his father, Rabbi Avraham Sinai, was once Ibrahim Yassin–a mole for Israel planted deep inside the Hizbullah terror organization.

And Amos insists that it is his father, not he, who deserves the true honors, for “going through hell to protect us from the horrors of Hizbullah and to bring us to Israel, so that we could grow up and live here as a normal family, free and without persecution.”

The story of the elder Sinai’s disillusionment with Lebanon began during the Lebanese civil war, which began in 1975 and involved numerous belligerents, including Syria and Israel. Sinai said he was horrified by the actions of the Syrian army and Palestinian militant groups during the conflict.

He recounted his daughter’s abuse at the hands of a group of Palestinian fighters, who tied her to a pair of cars, then began driving them in different directions.

“She was screaming, and the cars were stretching her. I saw this outside my home with my own eyes,” he told Channel 2.

When the Israeli army entered Lebanon in 1982, Sinai said his impression was immediately positive. While many initially welcomed the Israel Defense Forces (IDF), Sinai’s experience was particularly influential on his future.

“My wife was giving birth and there was no one to help. No car in the village, no medical clinic, no midwife,” he recalled. “[Then] a routine Israeli army patrol passes on the road.”

Sinai appealed for assistance, and the Israeli commander obliged.

“Usually they wouldn’t go into the village. Listen, this Israeli went in, and he endangered his life, with his friends, called a helicopter to the village, put my wife on the chopper and sent her to Rambam Hospital” in Haifa, he said.

After that incident, Sinai became friendly with the Israelis, and began helping them from time to time with information. This caught the attention of the newly established Hizbullah, and the organization kidnapped him to an underground bunker where he was questioned and tortured for many months.

His chief tormentor was a young Imad Mughniyeh, who later became the group’s global operations chief and notorious terrorism mastermind, and who died in a bomb blast in Damascus in 2008.

“I knew him by his footsteps,” he told Channel 2. “I’d start shaking on my own, without him saying a word.

“He’d hang me up by my hands, shoot the rope and let me drop into a vat of scalding water. Not a day went by that I didn’t lose consciousness at his feet.”

Failing to make headway, Mughniyeh eventually brought Sinai’s infant child before him. When Sinai continued to profess innocence, the militant leader had Sinai’s son “burned alive before my eyes.”

Hizbullah eventually became convinced that Sinai was innocent and freed him. It was then that he decided to take vengeance on the organization. He joined Hizbullah and rose in its ranks, all the while spying for Israel from within.

“I’d come on foot…to the Israeli border…to meet with the guys from the Israeli army,” he said, as he and Amos toured the border area with Channel 2 in early May.

Sinai was considered an excellent agent, and served the country for 10 years, providing his handler with a great deal of vital information. That handler was a young Yoav Mordechai, now a major general and the Coordinator of Government Activities in the Territories, in charge of Israeli ties with Palestinians in the West Bank and the Gaza Strip.

“I was willing to die and not come back to him rather than to say ‘I couldn’t get you what you wanted,’” Sinai said at a meeting with Mordechai filmed by Channel 2 mid-May.

Mordechai said Sinai’s contribution saved the lives of “many dozens of soldiers.”

In 1997, because Israel felt his position was becoming too dangerous, Sinai, his wife and five children were smuggled to Israel. The entire family then converted to Judaism. They have been living in Safed, on the shores of the Sea of Galilee, ever since, and Sinai has become a rabbi. The TV feature filmed him praying devoutly.

He said he does not miss Lebanon. “Today I look at Lebanon and think to myself that I don’t want to look at it….Here it’s heaven, there it’s hell. Now I’m in heaven, why would I go [back] to hell?”

Amos is Sinai’s fourth son to enlist in the IDF. He will complete his service in the next few months but says he plans to remain in the security business.

“I’m thinking of continued service in the Shin Bet, maybe in the Prison Service,” he told Ynet news.

Avraham noted that under different circumstances his son could have been a citation-worthy Hizbullah fighter. “They missed out,” he joked wryly. 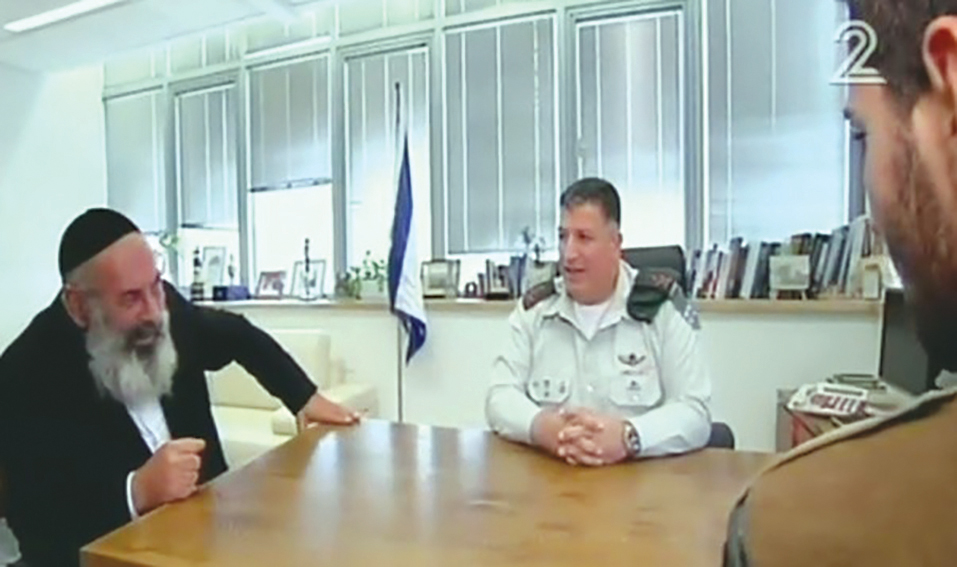 When father and son met with Sinai’s old handler in Tel Aviv this week ahead of the ceremony, the warmth between the rabbi and the general was palpable as they recounted their escapades “meeting in the middle of the night deep inside Lebanon, with mortars around us.”

Mordechai noted with satisfaction that Amos was now a distinguished soldier in Golani’s Battalion 51, the same unit he once served in. “What pride,” he beamed. “How the world turns.”

As for Amos, he was very excited about the presidential ceremony. “I know how important it is to my father.”

Rabbi Sinai confirmed the sentiment. “Thirty years ago I stood in the dungeons of Hizbullah covered in blood, my head bowed and my clothes tattered,” he told Ynet.

“Next week I will stand, my shirt white and my head held high before the president of Israel, who will award my son a citation. In those moments I will remember with pain and tears Amos’s older brother, who never made it to Israel.”

Next Human Rights at the United Nations