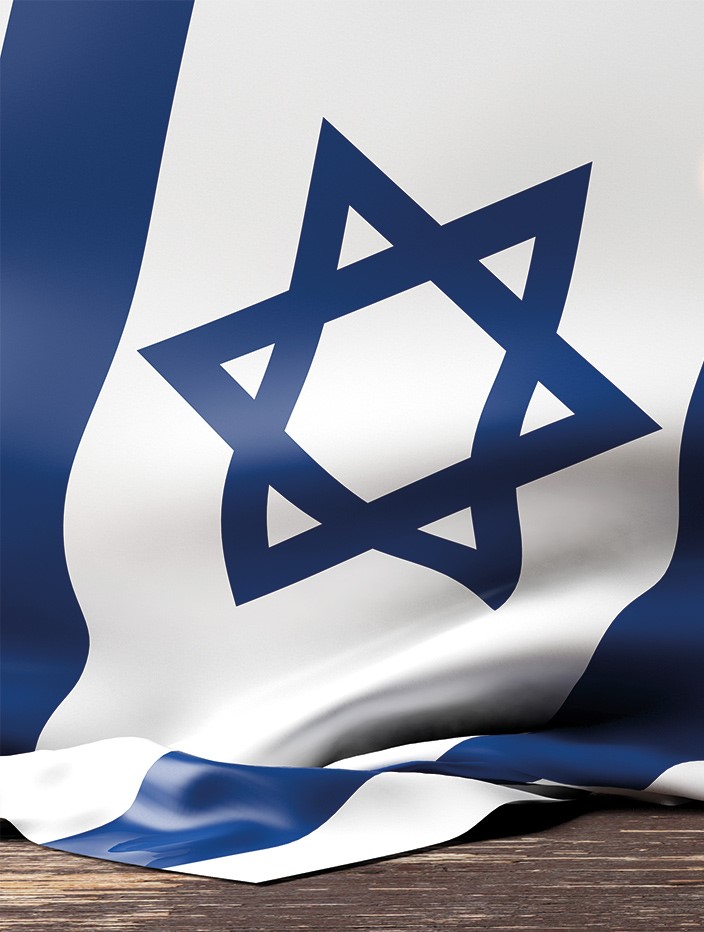 The Jews are the chosen people, have their own land, are successful in all walks of life. But anti-Semitism is growing, is normal again. The internet is rife with examples. 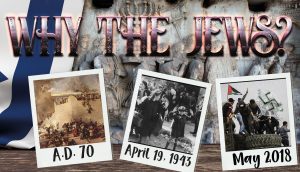 Israel is held to a higher standard than other nations. China, Russia, Saudi Arabia and dozens of other nations make a mockery of human rights, or are dens of tyranny and corruption, yet no one opposes their violations. Israel’s every move, however, is scrutinized and condemned worldwide by the United Nations, the European Union, politicians on the left and on the right, the news media, universities and academic bodies, business executives, even workers’ unions.

The accusations are based on outright lies and fictions, twisting of facts to mean the opposite, ignoring truths, and outright Jew-hatred.

And it’s been so, with ups and downs, since Bible days.

Is it just the Jews’ bad luck? Is it the eternal punishment for the “Christ-killers,” as religious bigots and pseudo-theologians have said for centuries? Or the attacks by the enemy of our souls, his infernal schemes manifest on earth?

The Torah tells the history of the Jews, unique among all the peoples of the world, but also foretells what they would experience. Balaam, the corrupt prophet of the gentiles, was hired by Balak, the king of Moab, to curse the Jews. Instead, Balaam blessed the chosen people three times and declared, “from the top of the rocks I see him, and from the hills I behold him: lo, the people shall dwell alone, and shall not be reckoned among the nations” (Num. 23:9).

Envy and hatred by the nations has accompanied Israel’s adherence to the Torah. Maintaining its laws, both the commandments (the do’s) and the prohibitions and restrictions (the don’ts) meant the Jews’ separation from the gentile world, its calendar, even its diet.

Throughout history, Jewish attempts to assimilate, most famously in Germany in the last century, ended up in tragedy.

Theodore Herzl, an Austro-Hungarian journalist and the father of modern political Zionism, wrote in Der Judenstaat (the Jewish state) in 1895: “We have honestly endeavored everywhere to merge ourselves in the social life of surrounding communities and to preserve the faith of our fathers. We are not permitted to do so….In countries where we have lived for centuries we are still cried down as strangers.”

Britain’s former chief rabbi, Jonathan Sacks, agrees: “The more we succeeded in being like everyone else…the more we were disliked by everyone else….You say, ‘We want to be like the nations, like the peoples of the world, who serve wood and stone.’ But what you have in mind will never happen (Ezek. 20:32).”

Sacks reminds his kinsmen: “In century after century Jews have been made the scapegoat for events that had nothing to do with them, from medieval plagues to poisoned wells to inner tensions in Christianity to Germany’s defeat in the First World War to the underachievement of many Muslim states today. Anti-Semitism is a sickness, and it cannot be cured by Jews. It is also evil, and those who tolerate it when they could have protested are accomplices to evil” (Covenant and Conversation, June 27, 2018).

Yet, for devoted friends of Israel and the Jewish people, the words of Paul the Apostle ring true: “For the gifts and calling of God are irrevocable” (Rom. 11:29). And in the preceding verse, Paul reminds that “they are beloved” for the sake of their forefathers.

God’s faithfulness to His chosen people is assured. Israel can depend on it and need not fear. But can Israel depend on the faithfulness of friends? You, our readers, can be an encouragement to the nation and people of Israel in prayer, testimony and deeds. It is a formula for blessings in your life!

Previous And again there was fire

Next A collection of (mostly) good news stories from Israel