Helping the needy in times fraught with fear

It was Friday morning, July 14, a few minutes before seven, at the Kotel, the ancient Temple Prayer Wall in Jerusalem.

Surrounded by hundreds of Jews praying in the cool morning air, I had joined them and would soon be finished. I was reading the names of several hundred friends worldwide who had contacted us asking us to intercede for them. It was a joy to be here, inspired by the united chorus of praise at this ancient and holy place built by King Solomon, as Jews have been doing for three millennia.

The ambience was jarred by the sudden clomping sound of heavy footsteps. We all looked up and saw dozens of armed policemen and security patrols running up the wooden ramp adjacent to the plaza. Something horrible was clearly taking place on the Temple Mount.

This continued for several minutes. Sirens were wailing as multiple police and security vehicles, their blue warning lights flashing, raced down the perimeter road outside the Old City.

I walked back to my car and waited for a break in the police traffic so I could drive home. The Old City was sealed off and no one was allowed to enter, neither by car nor on foot.

Later that morning I learned that three Arab men from Umm el Fahm in northern Israel had ambushed police at one of the Old City gates and killed two of them. Alarms were sounded and the police had given pursuit. Ultimately, the terrorists had been killed in a shootout on the Temple Mount just above where I had been praying.

Palestinian-Arab news media wasted no time proclaiming the terrorists martyrs and, true to form, blamed Israel for the shootings. Left unsaid was the daily incitement to precisely such terror dispensed by the Palestinian Authority-controlled media.

To no surprise, gruesome copycat attacks took place in the following weeks.

Wisely, the Prime Minister shut down all access to the Temple Mount for three days to allow tempers to cool. But that was not to be. When it was reopened, additional metal detectors had been installed through which everyone would have to pass, like the ones Muslims pass through on pilgrimages to Mecca in Saudi Arabia, and like the ones Jewish visitors to the Kotel plaza have passed through for decades.

The Muslims would have none of it. They refused to be checked, choosing instead to pray in the streets outside the area. Goaded on by their imams to “Days of Rage,” violent demonstrations followed. Palestinian religious and political leaders urged an escalation of protest. World leaders pressured Israeli Prime Minister Benjamin Netanyahu to give in and remove the metal detectors.

The irresistible rewards of terror

During the same period, there were numerous reports that PA President Mahmoud Abbas was refusing to halt stipends to the families of terrorists killed or sitting in Israeli jails. Ignoring assurances Abbas had given US Secretary of State Rex Tillerson in May, Abbas vowed he would never stop paying terrorists. In this year’s budget, in fact, the PA increased salaries to terrorist prisoners by 14 percent. It allotted US$355 million, much of it from foreign aid, for directly funding terror. (Palestinian Media Watch, July 19, 2017)

The practice of sponsoring terrorists, begun in 1964, is a great motivator to violence. Palestinian-Arabs are urged to commit crimes against Jews knowing they or their families will receive monthly “pensions.”

The transcript of an Israeli police interrogation of the terrorist Khaled Rajoub is revealing:

Interrogator: “Why did you decide to kill soldiers and not someone else?”
KR: “The best is to kill soldiers. That way they have guns and they’ll shoot me and kill me. But if I’m not able to kill soldiers, I’ll try settlers, guards–in other words any Israeli target–the important thing is that I will die and they will kill me, so that my children will receive a [PA] allowance and live happily.”
….
Interrogator: “Are you still determined to do that?”
KR: “Of course, 100 percent. I’m telling you–if you’ll set me free, I’ll do it again as soon as possible. I’ll bring another car, and I’ll run over [soldiers] at the first military post I see. I’ll kill as many as possible, and they’ll shoot me, and I’ll die. There is no other solution.”
….
Interrogator: “Do you want to add anything?”
KR: “No, Allah bless you. But I say to you again–I don’t regret what I did, and if I have the opportunity, I’ll do it again, and I’ll kill soldiers or any Israeli I come across.”
(PMW, July 10, 2017)

Diplomats and tourists flock to Israel

While the Middle East cauldron was overheating, as it does with regularity, other news lent a rosier picture:

Tourism to Israel is up, exceeding previous records. Hotels and tourist sites are full.

In a reversal of decades of hostility, India’s Prime Minister Narendra Modi made a historic and very warm visit to Israel, the first from the nation of 1.3 billion people, and raised eyebrows even further by avoiding contact with the PA during the trip. 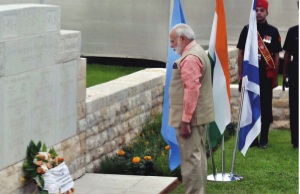 Visits from African, Asian and East European heads of state are constant, borne out by the ongoing change of welcoming foreign flags on the main roads leading to the government center in Jerusalem.

Though still muted, there are ongoing contacts with Arab Gulf states, Saudi Arabia in particular, to discuss security matters. The Sunni Arab states feel threatened by the saber rattling of the Iranian Shi’ite regime. The Sunni nations, though publicly still critical of Israel, recognize the benefit of cooperation with Israel.

And how does the Jewish state react to the violence it has endured at the hands of Arabs and Muslims since 1948 as a modern nation, and for centuries as a people?

The same way it always has, by being a blessing to the “enemy” in desperate need. 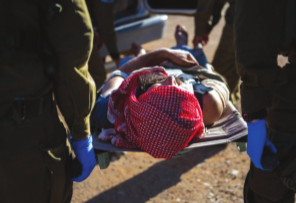 For example, since August 2016, Israel has conducted 110 aid operations to help the war-torn Syrian population. In that time, hundreds of tons of humanitarian aid have been delivered to the 200,000 residents of Syrian villages along the Israeli border. Medical care, water, electricity, education and food have been provided, said Israeli Army spokesman Brigadier-General Yaniv Ashur on July 19 this year. (The Jerusalem Post, July 19, 2017)

Even 12,000 packages of baby formula and 1,800 packages of diapers have been donated. Destroyed water lines were replaced by 600 meters (1,970 ft.) of Israeli pipes to provide running water for 5,000 villagers.

Over 3,000 sick and injured Syrians have been treated since 2013, a third of them children. Each week a busload of sick children arrive in Israel for treatment. Six hundred come with their parents monthly. They have chronic illnesses and are follow-up patients. They return home with knapsacks filled with clothes and medicine. 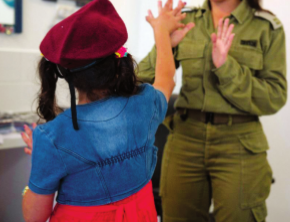 Of the patients, 70 percent are men, the remainder are women and children. Whether civilians or combatants, all are treated anonymously to protect them. If needed, they are taken to hospitals for treatment. A new field hospital is being built just inside Syria with room for 18 doctors to treat up to 500 patients a day.

For Israel, it’s called “Operation Good Neighbor.” Israel is committed to it even as terror strikes in its capital. For Jews as for Christians, it’s a fundamental biblical principle of helping those in need, even if they have been taught to hate.

Previous Fake news is the opiate of the masses

Next Israel helps – and is blessed