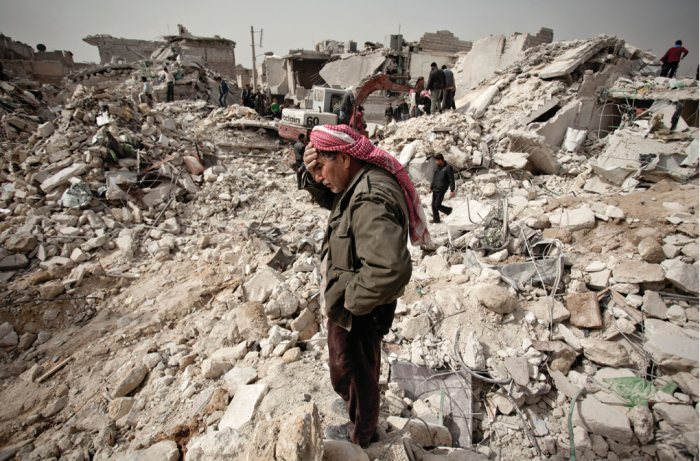 The inconsistency is glaring.

In Ramallah, the headquarters of the Palestinian Authority, propagandists work day and night to portray Israel as evil occupiers oppressing millions of helpless Palestinians. But has anyone heard PA President Mahmoud Abbas condemn the Syrians, Russians or Iranians for killing 3,840 Palestinians?

That is the number of dead in Syria since 2011, according to a recent human-rights group report (Action Group for Palestinians in Syria, September 2018). Of these, 550 died by torture, starvation or denial of medical treatment. An additional 1,682 Palestinians are missing (in prisons or victims of shelling). In all, 5,522 persons have been killed or are missing.

Where is the outrage? Where are the protests, demonstrations, riots in Teheran, London and Montreal? Or at least an article hidden on the inside of a newspaper?

The proverbial silence is deafening.

In the first intifada (revolt) against Israel (December 1987 to September 1993), one-quarter as many Palestinians died. The world was in an uproar about it, blaming the Jews exclusively.

“When a Hamas or Islamic Jihad terrorist from Gaza trying to plant a roadside bomb or trying to breach the border fence is killed by Israeli soldiers, the Arab and Western worlds are apoplectic. The Arab League issues its familiar condemnation; the consistently hostile Kuwait denounces Israel at the UN and tries to convene the Security Council; Mahmoud Abbas requests international protection for the Palestinians; and all these reactions are covered round the clock by the Arab and Western press.

“Palestinians who are killed by Israeli soldiers’ fire can be used as a tool, whether by Arab countries or the Western world, to undermine and weaken Israel. Human rights groups in the West and in Israel, too, invest most of their energies and attention to the Palestinian issue in Israel.

“The equation is plain to see: When Israel or the Jews can’t be blamed for killing Arabs, it’s not interesting.”

About those Palestinian refugees

Using clever tricks, double-counting, and even including generations of descendants, the PA claims there are 5.1 million Palestinian refugees today. The world nods in sympathetic agreement, never questioning the numbers, and hands over billions of dollars. The world blames Israel for the refugees, a fabricated issue to damage Israel.

A confidential US State Department report compiled during the Obama Administration, however, states there were only 20,000 Palestinian refugees as a result of the 1948 War of Independence, not 700,000, as is usually claimed.

Though classified, there is great pressure by US Congressmen to release details of the explosive report to the public, in particular since the current Trump Administration has reduced funding for the PA and related UN agencies by hundreds of millions of dollars. On January 18, 2018, The Washington Free Beacon first revealed the existence of the report.

Next Israel chosen to serve others