Confessions of a Former Pro-Palestinian Activist in Hebron

Daniel Borg is a Swede who was active in Swedish politics, passionately pro-Palestinian and went to join the anti-Israel International Solidarity Movement (ISM). 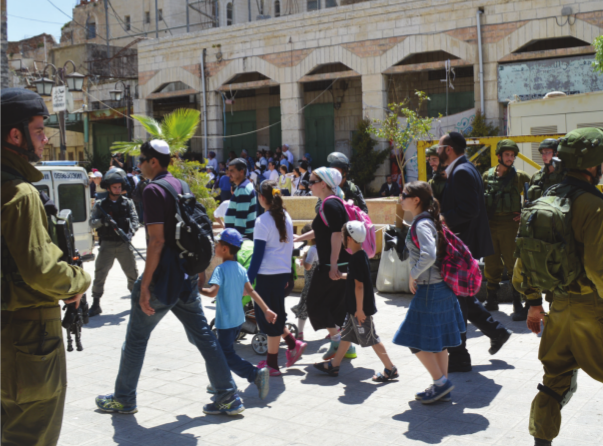 My Palestinian training, non-violence or violence? 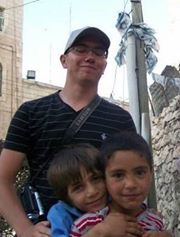 Before joining the ISM group in Hebron, I had two days of training in Ramallah: How to obstruct the Israeli army; How to walk in a neighborhood and alert the coordinators about movements of incoming Israel Defense Forces patrols; When to show your presence to the military so they don’t shoot in your direction; How to shield stone- and molotov-throwing militants. That was our job. The Palestine Liberation Organization (also Fatah) uses Western youngsters to aid, shield and enable their terrorist agenda. The coordinators made it clear to us that ISM uses only non-violent means of resistance, but stressed that if the Palestinians choose to use violence, our job was to protect them as human shields….

During the first hour of the Ramallah training, every activist gives the PLO coordinators a closed envelope with his name, address, family info, etc., in case of arrest or death. They make it abundantly clear that if we are beaten up or killed by the army, it will lead to great harm to the state of Israel, great media coverage and, of course, maybe an end to the “occupation.” Since I was the chairman of the Social Democratic youth organization in my home town, I was interesting and useful. If the IDF arrested or killed me, it would at least get headlines in Sweden.

In hindsight, I understand that this is a perfect example of asymmetric warfare: With my presence as an international, maybe the IDF won’t use the amount of force they are entitled to in order to complete a security operation, and so let the ones I am shielding go free (a win for the terrorists), or they’ll disregard my presence and complete their mission with a possible end result of me being killed along with the terrorist. That’s also a win for the terrorists as they can use my death as an effective propaganda tool to win international opinion.

I felt useful. I wanted to do whatever I could to help the Palestinians. I was unafraid and idealistic. Then I went to Hebron. I chose to do only real pacifist work, mainly to stand in King David Street (Shuhada Street) and at the IDF posts leading to the Tel Rumeida Jewish settlement to monitor the Israeli soldiers. A tough job, I thought, since all the Palestinians told me beforehand that the soldiers are violent, throw stones at Palestinians, help settlers attack Palestinian children, and (what made me afraid), the soldiers occasionally arrest, handcuff and beat up ISM activists like me….

How the IDF soldiers acted

My first morning in Hebron: A young Israeli soldier was standing at his observation post at the entrance of the Jewish Tel Rumeida neighborhood, where some Palestinian families also live. The soldier called to a Palestinian 10-year-old boy to approach him. The boy was very scared, and dragged his feet hesitatingly. When the boy came close, the soldier made a move towards the kid. My heart started to pump faster since I was certain he would arrest or beat the boy, so I took up my camera ready to film the brutality. Instead, to my huge astonishment, he shook the boy’s hand and put the other on his shoulder. The soldier spoke with the boy casually. Instantly, the kid smiled and they talked and joked for a couple of minutes in the July heat. I felt relieved, very surprised, and put down my camera. Nothing here to film.
I was astonished. This encounter between the IDF soldier and the Palestinian kid contradicted everything I had been told and what I thought was normal IDF conduct. Surely this soldier’s behavior must be a rare glimpse of humanism in the overall aggressive IDF, like a dolphin swimming in a sea of sharks. But it was not. It was rather the norm. I monitored the same group of soldiers from early morning to late evening and their basic way of treating the Palestinians was that of non-interference and respect. Not once did I see anything that came close to a violation. I spent three weeks monitoring the soldiers, with my camera hanging around my neck. There was nothing to film, no transgressions whatsoever (except Palestinian war crimes, but I’ll get to that).

At one point, a soldier made a move with his hand waving to me to approach him. He wanted to ask me some questions: How could I work for Fatah, call myself a human-rights activist, when [the Palestinians] just killed a gay Palestinian by tying him up to a car and dragging his more-and-more molested body through downtown Hebron (a few meters from where we were standing)? I was pretty shocked. Was I getting human-rights lessons from an IDF soldier? I accused him of whitewashing, pinkwashing the story. I thought about what he had said, but I did not care. Those I work for are Fatah people, moderates, peace activists, even some Jews were among them, I rationalized….

Here you have Hamas

The next week was slightly different. I realized the IDF soldiers were nice, treated me and all Palestinians with respect. During lunchtime I decided to go up to the PLO apartment. I stood with a coffee cup looking out at downtown Hebron with a full view of the Arab zouk [market]. From nowhere, I suddenly saw two guys jumping from a car, pulling out guns, and starting to shoot wildly at the market. There were several hundred shots. The zouk was bustling with families. As they started their shooting spree, everyone tried to run away. I filmed it from the start. Their shooting lasted so long I had time to walk up to the rooftop and continue filming. Here you have Hamas.
Afterwards I ran down, alerted my activist colleagues and the IDF soldiers, and called our coordinators. The IDF closed the checkpoint and beefed up their presence. This was the first Hamas attack in the West Bank, their bid for gaining power after they successfully did so in Gaza. Palestinian Authority President Mahmoud Abbas declared a state of emergency for several days. The only ones safe were the small community of Palestinians, the Jews and we foreign activists–thanks to the IDF checkpoint and security within the Israeli-controlled area. I was actually grateful the IDF had a checkpoint there. The irony didn’t cross my mind at the time: That I went to Hebron to document Israeli war crimes, but came home with evidence of IDF humanitarianism and Palestinian war crimes.

What I didn’t know about Hebron

During my time in Hebron I didn’t know about the incessant terror attacks against the tiny Jewish community there. I didn’t know that Jewish residents are killed whenever they are unprotected–children, women, elderly. I didn’t know Israel has effective control of only a tiny portion of Hebron. I didn’t know the actual apartheid in Hebron is directed from the Arabs against the Jews. I didn’t know the religious and historic importance of Hebron, as the number-two capital of the Jewish people.
Moreover, I didn’t know that those I worked for, the Fatah-led ISM, actively instructs Palestinian kids to throw rocks at Jews, sometimes killing the victim. Nor did I know that when Fatah wants us to shield someone or a house from an IDF operation, it is highly likely to be a terrorist about to attack innocent Israelis. This was the case with Rachel Corrie [in Gaza].
How could I know? How could my colleagues know? We are immersed in the pro-Palestinian false narrative fueled by CNN, The New York Times, Le Monde, all the centrist and leftist political parties in Europe, all our left-leaning teachers, all our cultural establishment. (israellycool.com, August 22, 2015)

Previous Unmasking the thugs of the world

Next Jerusalem – A Burdensome Stone