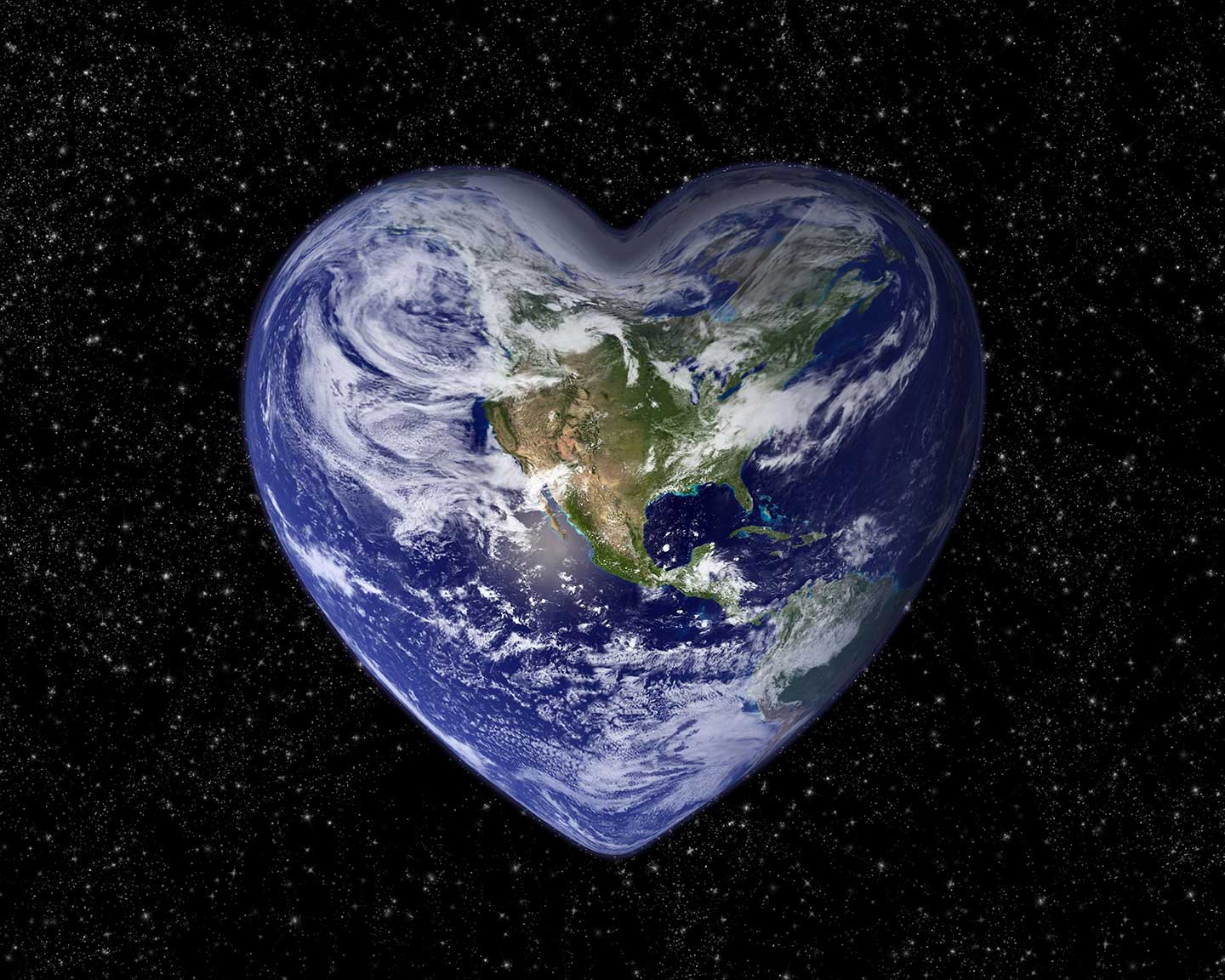 The Creator of the vast universe has chosen among His creatures on our tiny planet a people to be His messengers to all inhabitants on it. He found that lineage in the righteous Abraham, Isaac, Jacob–and He Himself decided the name: Israel! He even embedded reference to Himself in the final two letters. The latter is the first reason why God’s chief enemy and multiple other enemies hate that nation.

I am writing this mainly to Jews and Christians who share the same biblical roots–but can anyone knowledgeable of the Bible or of world history be ignorant of the Divine blessings that came to all peoples on earth through this channel Israel?

First, it introduced God as a loving Father for all mankind, a Proclaimer of Shalom–Peace–to all who love peace, a Provider of goodness and beauty worldwide. The only and true God does not command people to kill, not even to hate, those who refuse His magnificent offer. We read, “Oh, taste and see that the LORD is good; blessed is the man who trusts in Him” (Ps. 34:8).

Where is that recorded? In God’s Holy Word. And this leads to another point: The Word of this loving God, to be spread worldwide, is entrusted to the Jews. “He shows His word unto Jacob, His statutes and His ordinances unto Israel. He has not dealt so with any other nation; and as for His ordinances, they have not known them” (Ps. 147:19-20). As even St. Paul said, “Unto the Jews were committed the oracles of God” (Rom. 3:2). Think of the Ten Commandments Moses received directly from the hands of the Most High. Are they not known today worldwide? And for our Catholic friends, St. Peter said it this way, “Holy men of God spoke as they were moved by the Holy Spirit” (2. Pet. 1:21).

“The judgments of the LORD are true and righteous altogether. More to be desired are they than gold, yea, than much fine gold; sweeter also than honey and the honeycomb” (Ps. 19:9-10). “Your word is a lamp unto my feet, and a light unto my path” (119:105).

Which Christian would deny that Jesus was a Jew? Didn’t the revered Savior of the world say, “Salvation is of the Jews” (Jn. 4:22)? Are the Jewish people a blessing only to Jews? Couldn’t I write about the Jewish patriarchs, prophets and other Bible personalities still being blessings to Jews and non-Jews around the world?

The Jewish people still have a very great role as God’s messengers for all mankind in future worldwide events!

Each year we read these words at the Passover celebration in the Haggadah (Recitation): “In each generation someone arises who wants to destroy us.” From the Bible and from history we know the animosity against Israel. One thing we should understand from the outset, namely that the enemy of God is also our worst enemy because Satan received the greatest damage on earth via the Jews. It is also undeniable that whoever is hostile against Israel cooperates with the evil one.

Though a survivor of the Holocaust myself, I will not dwell on the atrocities which my family and I experienced at the hands of the Nazis in occupied Poland. Even the memory is painful. I saw with my own eyes that murderous deeds were done by German neighbors and formerly respected churchgoers; they had exchanged the “garment of righteousness” for an SS-uniform.

I will rather refer to a report in the Bible which has remarkable similarities to happenings in our days. It is detailed in Psalm 83:1-8. The hate-filled heathens mentioned here were God’s enemies (v. 2), who conspired against His people (v. 3) and said, “Come, and let us cut them off from being a nation; that the name of Israel may be no more in remembrance” (v. 4), and they were “confederate against You” [united against God] (v. 5). Among these groups were also “Ishmaelites” [Arabs] and “Philistines” (vv. 6-7).

Is not this the case still today? The Arabs want to eliminate Israel, the “Palestinians” (who falsely declare themselves to be Philistines) have the same plan against Israel, and they are joined by many nations. They deny Israel’s right of existence, are sworn together for the destruction of all Jews, and want to take the Promised Land away from the repatriated Israelites. The founding statutes, articles and bylaws of various Islamic terror organizations make their purposes and goals explicitly clear. No more Israel!

Eliminating Israel would destroy the only democracy in the Middle East. In Israel, Palestinian Arabs have more freedom than in any Arab land, and as citizens they share equal rights with Christians and Jews.

About 2,000 years ago, there was another attempt to eradicate Israel and Judea, this one by the occupier and Roman Emperor Hadrian. To humiliate the Jews, he renamed Israel and Judea “Palestine,” recalling the Philistines who at that time had already been non-existent for over 500 years.

Deceiving the world, Arabs in Israel began calling themselves Palestinians [Philistines] after 1967. Even stranger, the world accepts such a misnomer. Incredibly, in plotting the fate of God’s chosen people Israel, the United Nations, European Union, and lately the USA too, support the counterfeit “Palestinians’” claim to a state on Jewish soil. But is it too difficult for people who read the Bible to realize that such a plan is against Holy Writ? Or is it difficult for those who know history to see that the claims are without judicial merit?

Here are a few of many quotes from the Bible: “Thus says the LORD God: I will gather you from the nations, and assemble you out of the lands where you have been scattered, and I will give you the land of Israel” (Ezek. 11:17). “For behold, days are coming, says the LORD, when I will bring again the captivity of My people Israel and Judah, says the LORD; and I will cause them to return to the land that I gave to their fathers, and they shall possess it” (Jer. 30:3). “Your children shall come again to their own borders” (31:17). The Prophet Jeremiah’s complete chapters 30 and 31 describe the facts of the return of the Jews. The land belongs to God Himself and the Israelites are the caretakers. The care must be provided according to the commandments of the Bible, the Torah–and only the Jews know them.

Not a single word in the Bible mentions an Arab or “Palestinian” state on Israel’s land. Even the establishment of the Kingdom of Jordan on this soil, which never existed previously in history, is incorrect. And, although 75 percent of its inhabitants are Arabs from this region, so called “Palestinians”, the world demands a second “Palestinian” state. How much more anti-biblical and illogical can the nations be? Israel has some 8,500 square miles (22,000 sq. km.) of land today, while the Arab nations have about 650 times more. Israel has not occupied a single inch of Arab sand.

The Jewish State of Israel has the largest Jewish community in the world today, and many more Jews are yet to come home. Who dares to prevent prophecy fulfillment?

Several rabbis have said to me that the united collaboration of many nations against Israel, as we see in our days, is the clear preparation for the onslaught against the repatriated Jews as described by the Prophet Ezekiel in chapters 38 and 39 and known as the Battle of Gog of Magog. Among other developments, the friendship of Russia to Syria and Iran, and Russia’s keen interest in the Middle East, should be watched carefully.

The UN has passed more resolutions against Israel than against any other nation. This continues presently and will increase. The former mayor of New York, Ed Koch, used to say, “The UN is a cesspool of anti-Semitism.” God says: “Fear not the reproach of men, neither be afraid of their reviling” (Isai. 51:7). “Behold, they shall surely gather together, but not by me; whoever shall gather together against you shall fall for your sake….No weapon that is formed against you shall prosper, and every tongue that shall rise against you in judgment you shall condemn” (54:15, 17).

The abundance of decisions by world leaders and world authorities against the reborn state of Israel, the plans of confiscating Jewish soil for non-Israeli occupiers, worldwide anti-Semitism, boycotts and divestments, the disloyalty or the change of heart by friends Israel depended on, could truly trouble the Jewish nation. Israel has a faithful friend, however, the Creator of the universe Himself.

In the entire world, is there any greater assurance of safety and security that can exceed God’s own Word? And–it is almost too great to fathom it–God uses the heavenly bodies and the ordinances of His universe as guaranty for His promise. That is the victory of the Most High, Almighty God. And His victory we may apply as the victory for Israel!

In unpretentious words, Israel’s King David certainly didn’t overstate it when he wrote: “Some trust in chariots, and some in horses; but we will remember the name of the LORD our God. They are brought down and fallen; but we arise and stand upright” (Ps. 20:7-8).

I challenge every reader to decide for God and His people. Your political, secular, business, and even religious leaders may vote against God’s precepts and against His chosen people Israel. They may give the appearance of fighting for justice and may even appear to be very pious. But in these days, as iniquity abounds and love for the Lord and His way grows cold, beware of being deceived by imitations. Decide for the words of the Bible. Choose the Victory Side and you will be on the Hallelujah side!

Next Prophecy (Part I)