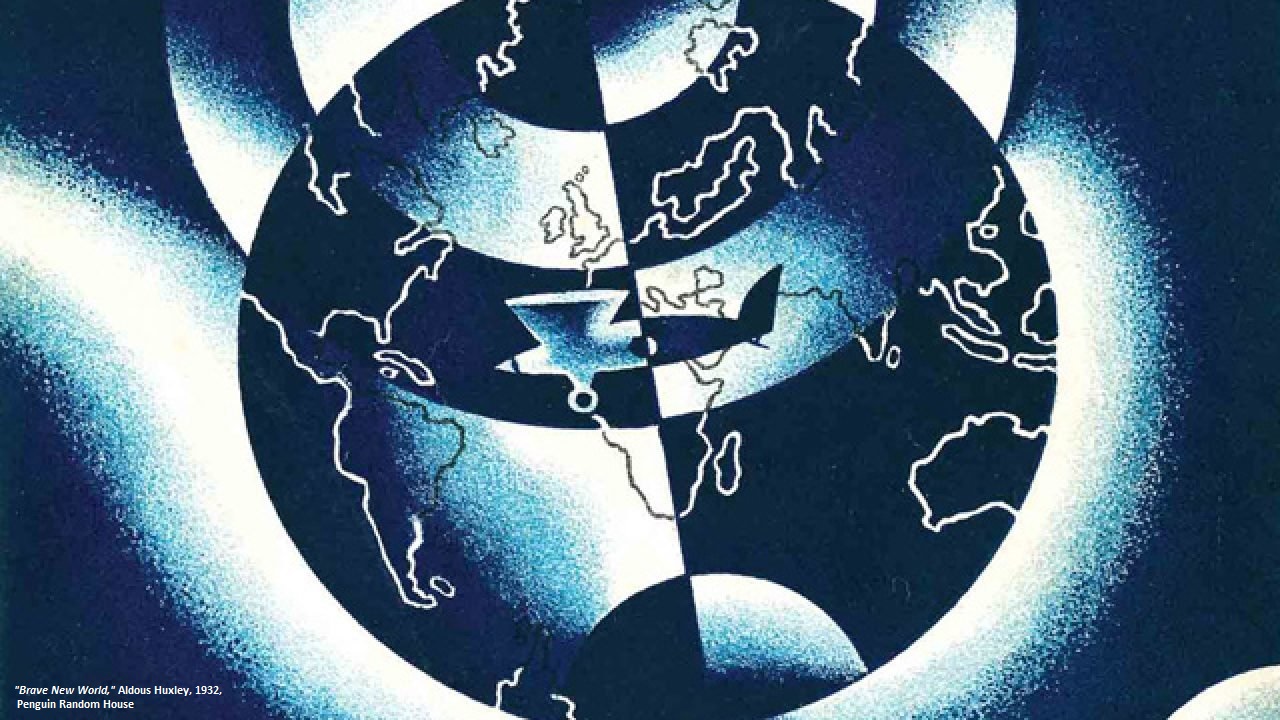 We are witnesses to a Brave New World that not even the British novelist Aldous Huxley could have imagined in 1932, when he penned his nightmarish vision of a future society.

• Bill Gates, the third most-wealthy man in the world, wants to solve global warming by a scientifically unproven notion of filling the atmosphere with calcium carbonate dust particles, cloaking the planet in a chemical cloud to reduce light from the sun (Fox News, April 09, 2021).

• A Gallup Poll survey (June-July 2020) found that one-third of Americans under age 35 believe the police should be abolished. Presumably, when police stop patrolling the streets, people will obey laws voluntarily and crime will disappear.

• A Victims of Communism study found that almost a third of Americans age 16 to 39 have a favorable view of Marxism (VOC YouGov survey, October 21, 2020). These are the future leaders of America and the world. 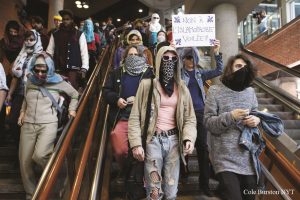 • On April 20, a superior court in Quebec, Canada, upheld a law banning the wearing of religious symbols, such as crucifixes or yarmulkes (Jewish head-coverings), in the workplace (Times of Israel, April 25, 2021).

• In Alberta, Canada, police units with riot gear have been dispatched to close churches violating the health ministry’s hostile anti-worship laws. Churches have been fenced in and are being guarded by armed police (cbc.ca, April 07, 2021). 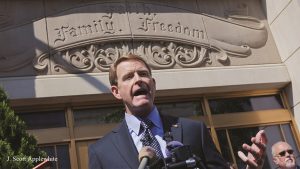 • Gambling in casinos and socializing in bars in California is permitted, even during the coronavirus. What’s prohibited is choirs singing in churches or cantors chanting Torah verses in synagogues. The reason? Concerns about spreading coronavirus germs from heavy breathing.

• It is feared the Biden Administration will require hospitals with maternity facilities to perform abortions, even facilities that are religiously funded, such as Catholic hospitals (15 percent of US hospitals), who consider the procedure to be murder. The Family Research Council’s Tony Perkins says 32 of the president’s 62 executive actions to date “undermine life, family and religious freedom” (“Biden Agenda,” World Net Daily, April 24, 2021). 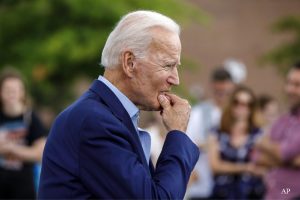 • Questioning either the legitimacy of coronavirus vaccination efforts or the US presidential election results leads to account closure on Facebook, Twitter and YouTube. Books have also been removed from Amazon listings. Tens of thousands of social-media accounts have been closed. But inciting violence against Israel, or urging its annihilation, is permitted commentary on Facebook and Twitter.

Repression, tyranny, suppression of opposing opinion and religious practice, these are characteristics of a society that is no longer free. World Wars I and II were warnings that freedom is fragile and democracy must be defended. Those warnings were warranted.

Those who love Israel have more to worry about:

• US President Joe Biden is hell-bent on re-establishing a nuclear agreement with Iran. Israel vehemently opposes any agreement, insisting it would only give protection for Iran to continue its development of the nuclear bomb. Iran has not kept to any agreement related to weapons development.

• The non-governmental organization Human Rights Watch, with its donor-support down by a fifth last year, got an attention boost on April 27 by declaring Israel an apartheid state. This anti-Semitic canard was disproved decades ago, but is resurrected regularly by anti-Israel Leftists and Palestinian-Arabs.

• The last elections held in the Palestinian Authority were in 2006. PA President Mahmoud Abbas is weak and ailing and has finally given in to new elections in May. The roster of candidates includes numerous persons who were previously jailed as terrorists (Palestinian Media Watch, April 11, 2021).

Candidates are expected to renounce terrorism and recognize Israel’s right to exist, but many have refused, declaring they will continue the fight to liberate “all of Palestine” (“Palestinian Elections,” Gatestone Institute, April 12, 2021).

• Palestinian-Arab journalist Khaled Abu Toameh doubts the money will ever reach the needy, such as Palestinian refugees from war-torn Syria now living in poverty in Lebanon who. He writes that PA leaders “would rather see their people continue living in devastating poverty as refugees rather than improve their living conditions….They want millions of Palestinians to remain stuck in refugee camps so that the Palestinian leadership can continue milking the world for money” (“How Palestinian Leaders Treat Their Refugees,” Gatestone Institute, April 15, 2021).

The world has become accustomed to troubling times. Some have suffered greatly and lost loved ones. Bible-faithful Jews and Christians have found solace in the words of Psalm 91, the traditional Soldier’s Prayer. Its reassuring lines begin: “He that dwells in the secret place of the Most High shall abide under the shadow of the Almighty. I will say of the LORD, He is my refuge and my fortress: my God; in Him will I trust. He will deliver you from the snare of the fowler, and from the noisome pestilence” (vv. 1-3). In the same spirit, the Apostle Peter recommends “casting all your care upon Him, for He cares for you” (1 Pet. 5:7).

Previous Know your faithful ones

Next When rockets fall and synagogues burn