Another Year, but No New Beginning 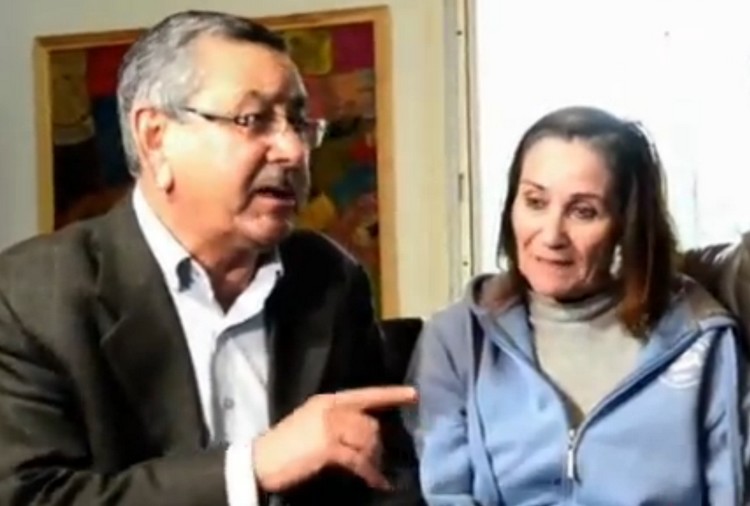 On New Year’s Day 2016, my son Ariel and a friend were in Tel Aviv to do some shopping along the famed Dizengoff Street before heading home to Jerusalem. Two hours later at the same spot, Nashat Milhem, 28, pulled out a gun and started shooting at shoppers. 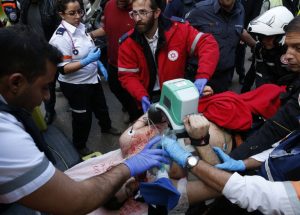 Israeli medics give emergency treatment to a victim following an attack by an unidentified gunman, who opened fire at a pub in the Israeli city of Tel Aviv on January 1, 2016. AFP PHOTO / JACK GUEZ

Survivors of the attack remarked that the terrorist was smiling all the while as he fired, killing three and injuring others, before fleeing. When he was finally caught days later, a gunfight ensued and the terrorist was killed. An outpouring of sympathy for the dead terrorist followed from the Palestinian Authority.

That was no surprise: Three Arab members of the Israeli parliament caused a national outrage in February when they met the families of dead terrorists. Even in a democratic country such as Israel, where every citizen is free to speak or think what he wants, this bordered on treason.

Was Milhem a frustrated Palestinian-Arab despairing at Israel’s “oppression” and driven over the edge? Not exactly. His father said he was a law and business student from the Arab-Israeli village of Arara who was about to begin work at a law firm.

The notion that Arabs are frustrated by Israel, have no other choice than violence, is a clever one that is parroted by Palestinian Authority spokesmen, politicians worldwide, and many liberal journalists. It is the reason cited to justify the daily murders of Jews across Israel by stabbing, shooting, car ramming–hundreds of incidents since last fall–by Arab women as often as by 12, 13 or 15-year-old teenagers, and by men in their 20s and 30s. And these are not only residents of Judea and Samaria (the West Bank). They are frequently Arab citizens of Israel. 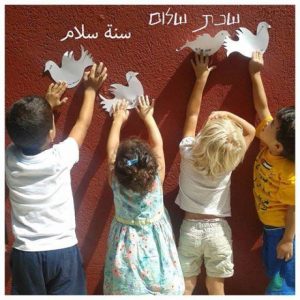 That reasoning, however, is false. Like Israeli-Arabs, the Palestinian-Arabs have the highest level of education in the Arab world and among the highest economic status. Israeli laws provide equal access to education and employment for all. Arabs are represented at every level of Israeli society, even in the Supreme Court. Violent Arab attacks on Jews are not merely “isolated, lone-wolf acts of desperation,” as is the usual simplistic and faulty explanation. The cause lies elsewhere.

There has been an orchestrated strategy of incitement against Israel by the PA ever since the Oslo Accords in September 1993, a brazen violation of those very accords. PA-controlled radio, TV and the press vilify Israel daily. Children’s programs present small children declaring the desire to become a shahid (martyr), sacrificing their lives in order to vanquish the (Jewish) “sons of pigs and apes.” Little dolls dressed up as stone-throwing demonstrators are all the rage. Popular music videos depict victorious terrorist attacks on Jews. Two dozen PA schools have been named in honor of martyred terrorists, as have dozens of town squares. In a society where terrorists are glorified, impressionable young people are easily driven to terror.

This has everything to do with propaganda, but nothing to do with desperation. Never forget, the Muslim goal of defeating Israel has never been renounced. After 68 years, just two Arab states have recognized Israel: Egypt and Jordan. On three occasions, Israeli leaders have offered the PA their own state. Each time it was rebuffed. PA President Mahmoud Abbas prefers statelessness to statehood as the latter would entail recognition of, and making peace with, the Jewish state of Israel. 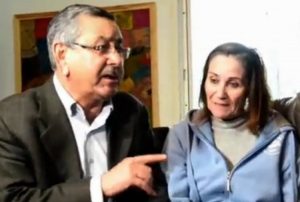 Arab Mayor Talal al-Krenawi of Rahat speaks out in defense of Shlomit Goren, 65, Jewish survivor of attempted murder by Palestinian terrorist on February 6, 2016.

There are some glimmers of hope. When Talal al-Krenawi, the Arab mayor of the Bedouin town of Rahat in the Negev, learned that a 65-year-old Jewish woman, Shlomit Goren, had been stabbed in a terrorist attack in a local market on February 6, he visited her in hospital. “When Shlomit was stabbed, so were 68,000 residents of Rahat,” he declared, pledging not to allow anyone to undermine Jewish-Arab coexistence in his community and urging the police to capture the attacker.

The Jewish people are under attack and must remain diligent. Prayerfully, Israel looks forward to a future new year, under the Messiah’s rule, when peace will reign, for, “He will bring justice to the nations” (Isai. 42:1).

Next Abraham’s Biggest Test: Why?