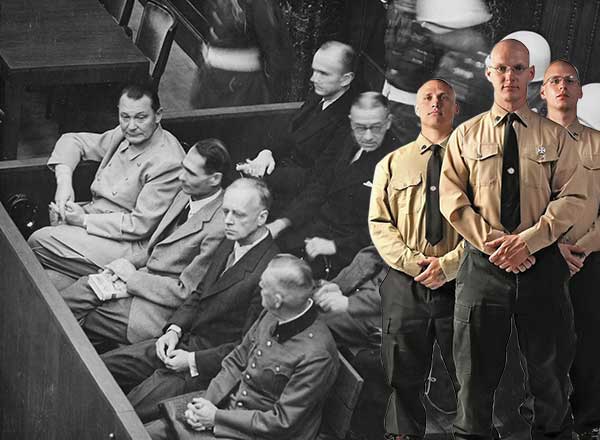 “O Israel, trust in the LORD; He is their help and their shield” (Ps. 115:9).
“All who devour you shall be devoured; and all your adversaries, every one of them, shall go into captivity; and they that spoil you shall be
a spoil; and all that prey upon you will I give for a prey” (Jer. 30:16).
“Whatever a man sows, that shall he also reap” (Gal. 6:7).
“Birds of a feather flock together” is an old, reliable saying. It was already so in Bible days. Our Jewish people often endured similarly minded people, whose goal it was to wipe out Israel.

Success eluded Pharaoh’s attempt to subdue the children of Israel. His army drowned at the bottom of the sea (Exod. 14:28; 15:19).

And Amalek stood ready to ambush the weak and weary who straggled at the back as Israel wandered through the wilderness (Deut. 25:17-18; 1 Sam. 15:2). God Himself declared the Amalekites eternally banished. In the Shabbat Torah reading in the synagogue, each year there is a specially designated text on this theme: “Remember what Amalek did to you…” (Deut. 25:17). 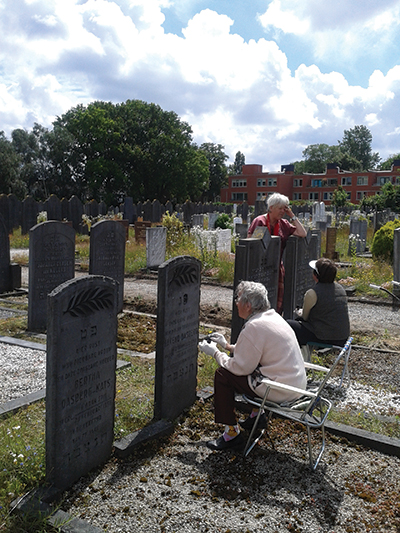 There was also Haman, who wanted to murder all the Jews in the land of Persia and hang Mordechai. Haman himself was hung on the gallows he had prepared for Mordechai (Esth. 7:10). Haman’s 10 sons likewise met their end on the gallows (9:13-14). In remembrance, Jews observe an annual feast day called Purim.

With a noose placed about his neck after the end of WWII, the Nazi Julius Streicher (publisher of “Der Stürmer”), screamed out hatefully the words “Purimfest 1946,” referring to the Haman clan who were hung. In so doing, he even confirmed a cryptic biblical prophecy: In the report contained in the Book of Esther concerning the execution, three Hebrew letters on the parchment always stand out noticeably smaller, and one larger, than the others. The numerical value of these letters is 5707. In the Jewish calendar, the year 5707 corresponds with 1946, in which the rabbis foresaw a future recurrence. (International news reports about the Nuremberg Trials of the 10 Nazi criminals who were hung confirm Streicher’s final outburst.)

The grisly result of the Nazi epoch is known to students of history: Over 60 million war dead in Europe alone, over six million of them were murdered Jewish civilians, and the leading Nazi henchmen either committed suicide or were convicted as captured criminals. And Germany, which wanted to win “Lebensraum im Osten” (living space in the east), lost several of its own provinces.

Today a new Haman by the name of Mahmoud Ahmadinejad is in Iran (Persia), who is threatening to delete Israel from the world map and annihilate the Jewish people. The weapons to do so are being readied at a feverish pace. What will happen to him? In all likelihood, today’s generation will witness it. His forerunners, like Haman and Hitler, should be a warning to him. 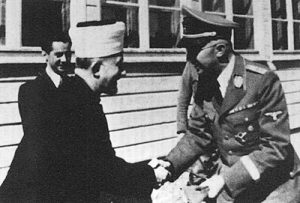 In the Bible, we are challenged not to forget antiquity, at the very least to warn against a repetition. How much more so, then, should one consider events today, or those that are still ongoing today?

There is one image I will never forget, depicting Haj Amin al-Husseini, the Grand Mufti of Jerusalem, together with Adolf Hitler in Berlin. The two were close friends. SS-Reichsführer Heinrich Himm-ler and SS-Hauptsturmführer Adolf Eichmann, co-conspirators of the Final Solution conference in Wannsee on January 20, 1942, were al-Husseini’s skilled advisors.

This grand mufti recruited 20,000 young men among the Muslims in Bosnia for the SS. Germans trained them to murder Jews.

The National Archive in the United States revealed recently that the Grand Mufti received a “guaranteed monthly income of 50,000 Reichsmark” from Hitler, while a typical German field marshall received only 25,000. And when he was about to be arrested in 1941 by the British Mandate authorities in Palestine, he received asylum in Berlin. In radio broadcasts for Arab listeners he declared: “Slaughter the Jews wherever you see them. This pleases Allah. This is our history, our faith.”

Hitler had also promised the Grand Mufti he would be installed as the Führer of Palestine once the German armed forces had driven out the British and the Jews were wiped out.

After WWII, under French protection, al-Husseini fled to Syria, then to Egypt, where he died in 1974. Since then, he has probably met his old comrades Hitler and like-minded accomplices.

We often hear about Neo-Nazis in Germany. That’s bad enough. I don’t use the prefix “neo” because I still see the same old spirit from the abyss. It is much worse, though, that our neighboring Muslim states, even Islamists in our own land, are propagating this old lunacy. Jew-hatred and anti-Semitism in accordance with Islam’s Quran has existed for a very long time. There is yet another deep source for it.

According to a report by Sam Roberts (The New York Times, December 10, 2010), numerous high-ranking German Nazis fled and became advisers to anti-Israel Arab leaders, who adopted their Nazi race theory and anti-Semitism. It is therefore hardly surprising to see Arab armies and terrorist groups forming a line or marching with an outstretched right arm replicating the Hitler salute. His deeds are often praised by the Muslim news media.

At a memorial celebration of Mahmoud Abbas’s Fatah terrorist organization, the current Grand Mufti of Jerusalem, Mohammed Hussein, who was appointed by Yassir Arafat, preached on the Prophet Mohammed’s teachings saying the Jews must be killed by the Muslims, and that even the trees and stones would divulge Jews hiding behind them in order to help the servants of Allah to kill them. Moreover, that it is a prerequisite for the coming Muslim Day of Judgment.

And Abbas, the president of the Palestinian Authority, who is heavily supported by the United States, the United Nations and the European Union (including Germany), represents the anti-Semitic spirit of his predecessors, which is most clearly demonstrated in PA school textbooks and in the PA-controlled media. He himself financed the murder of the 1972 Israeli Olympics team at the hands of Palestinians and with the cooperation of German extremists. He denies the Holocaust. He has repeatedly declared he would never recognize a Jewish state. He even refuses direct negotiations with Israel. Before such takes place, Israel is expected to state what it will give (indeed, what he believes it “must” give), and to halt all building there.

Is this what the world wants from us? If so, then it would surely have demanded of us, had an Israeli state existed in 1939, that we should “negotiate” with Hitler. The awakening is tragically always too late.

God sends His Spirit of Peace

As a survivor of the Holocaust, I was an eyewitness to the greatest crime ever committed against our people. Yet our Jewish people live, have our own state today with over six million Jews. God says to Israel, “For I will restore health unto you, and I will heal you of your wounds, says the LORD, for they called you an outcast, saying, ‘This is Zion, whom no man seeks after’” (Jer. 30:17). “And [I] shall put My Spirit in you, and you shall live, and I shall place you in your own land; then you shall know that I, the LORD, have spoken it, and fulfilled it, says the LORD” (Ezek. 37:14).

The ETERNAL alone will bring peace: “And I will give peace in the land, and you shall lie down, and none shall frighten you; and I will rid evil beasts out of the land, neither shall the sword go through your land” (Lev. 26:6).

When there will be peace in the Holy Land, then all the earth will have peace in the SPIRIT OF THE MOST HIGH–yea, “LIFE FROM THE DEAD” (Rom. 11:15)–under the peaceful rule of the Prince of Peace.

Next Is Allah the God of the Bible? A Jewish View