A Voice of Clarity 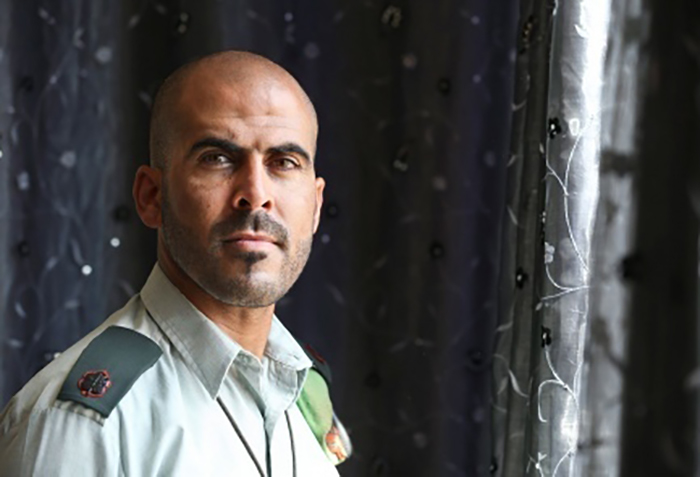 Major Ala Wahib, 36, the highest ranking Arab-Muslim officer in the Israel Defense Forces, says that, “From the age of zero I was told Israel stole Palestine from us, but when I was 14 I woke up. I discovered Jews are not bad.” Eighteen years later he calls himself a “Zionist Israeli Arab” and is the deputy commander of the IDF’s Urban Warfare Branch. With pride, he says, “All the IDF units, including reserves units, even the most elite, have been trained by me.” (Israel Hayom, September 7, 2012)

He was born in a Galileean village that is 80 percent Muslim. His Syrian father had two wives. Though his family lives in the same village as he, they have little contact with him, not because he serves in the Israeli army, but because he married a Christian woman.

Facing great suspicion when he enlisted 12 years earlier, he ended up in the elite Nahal unit, crossing numerous obstacles before ultimately becoming a company commander. “I served in Lebanon, in Gaza and Judea and Samaria and I took part in plenty of clashes where my life was in danger. I never, not for a second, ever thought of leaving….

“I was often able to accurately assess the situation thanks to my understanding of Arab mentality.

“One day, a young Arab woman arrived at a checkpoint with a knife and tried to stab a soldier. When I was called to the scene she burst into tears and showed me her body. It was covered with black and blue marks. I understood that she had been severely beaten at home for having soiled the family’s honor and that she didn’t really want to kill a soldier. It was just her way of getting away from her family. She preferred to be in an Israeli jail rather than going back home, possibly to her death.

“When I understood that, I tried to help her. Her family came to the checkpoint to retrieve her, and I literally protected her with my body. They beat me and spit on me. At one point I had to call for backup just to end the incident. The girl was ultimately arrested, but I have no doubt that my interference had saved her. That is just one example of a situation that could have easily ended differently.”

He continues: “The State of Israel has a lot of different colors….Two peoples live here….The fact that I am an officer in the IDF communicates a positive message to the Arabs living here. I want to believe that the path I chose will prove to them there is another way. My nephew and my cousin enlisted in the Border Police this year….

“I feel I am on a mission. I hope in the future there will be a lot more Muslim Arab officers in the IDF and that…we will find a way to communicate and find solutions for a shared life.”

Next The Pride of Nations