A special warmth for Jerusalem amid a cauldron of hate 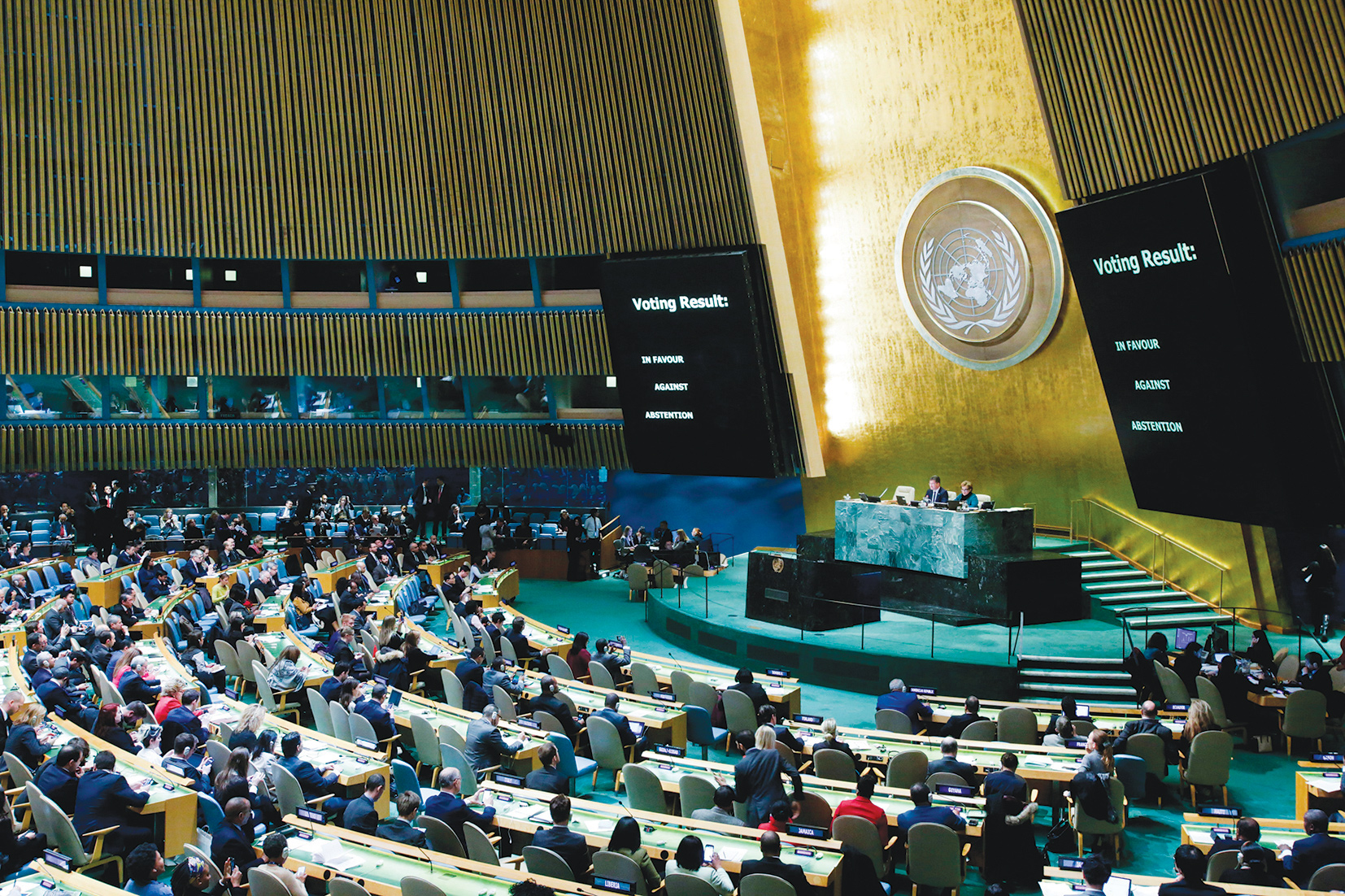 Something peculiar is going on. It’s an extraordinary trend I’ve observed in recent months: Support for Israel is growing, at least for now.

• Diplomats and government representatives are flocking to Israel. Their eagerness to witness Israel’s scientific advances, high-tech achievements and security expertise in person are evidence of significantly warmer relations. Officially, there is still criticism, at the UN and elsewhere, but in less-public conversations, the view is approving and enthusiastic.

• When Israeli Prime Minister Benjamin Netanyahu (Bibi) traveled to India on a state visit in January, he was received like an old friend by Prime Minister Narendra Modi. It was surely a strange sight to see the proud head of a nation of 1.3 billion people embracing the jubilant head of a nation of not even nine million people so warmly. The strategically planned trip had mutual benefits in terms of trade, technology and defense.

For Modi, the task of acquainting his citizenry, which includes 172 million Muslims, to friendship with the Jewish state was formidable. But the visit was rich in symbolism: When Netanyahu drove from the airport, tens of thousands of onlookers thronged the road, cheering and chanting “Bibi, Modi, Bibi, Modi,” a lovefest Israeli heads of state rarely experience.

• Two-thirds of UN member-nations condemned US President Trump’s decision to recognize Jerusalem as Israel’s 3,000-year-old capital, but one-third did not. That’s not insignificant.

But this hardly means Israel has no concerns.

No time for sleep

The civil war in Syria has not ended, and military bases of 30 countries are still located on Syrian soil. Russia, Syrian rebels, Iran via its proxies such as Hizbullah, and others are each jostling for territory.

One clear winner is Iran. With the defeat of most of the rebels, it has been able to build a land corridor stretching through Iraq, Syria and Lebanon to the Mediterranean Sea and onward to Europe, a huge strategic victory.

Israel has been warning for years about the threat this poses, but Europeans are unworried. After all, business with the Persians is booming again.

For Israel, there is an additional worry: With Iran’s Gazan surrogate, Hamas, and its insurgents, ISIS sympathizers, throughout the Egyptian Sinai, Israel is threatened from the south.

To the east is Jordan. King Abdullah poses no threat, but his monarchy is perpetually vulnerable to revolt by the 70% of the population who are not Bedouin like he. They are Palestinian Arabs who are virulently anti-Israel.

Like a noose around Israel, the threats on all sides, some manageable, others for Israel’s military to deal with, require uninterrupted vigilance.

Within Israel dangers persist. In November 2017, there were 84 incidents of terror nationwide. In December that number tripled to 249 incidents.

As terrorist murders continue, the Palestinian Authority, Israel’s so-called peace partner, no longer condemns the act, rather condemns Israel for launching manhunts to find the killers! Brazenly, they mock the whimper of international pro forma condemnations. And the incitement to violence against Jews continues via all platforms.

The PA’s unpopular and elderly President Mahmoud Abbas is nearing his end. Having achieved nothing, kept in office only by well-armed and brutal underlings, he has recently raised the volume in his racist, anti-Israel rhetoric, becoming more extreme by the day, in hopes of maintaining power.

Judea and Samaria (the West Bank), where he rules, is infiltrated by Hamas sleeper cells and instigators. They lie in wait for the opportunity to depose him and take over, then merge their efforts with their Gazan masters.

But some aren’t troubled. Muslim journalist Bassam Tawil wrote: “There’s nothing new on the Palestinian street. Palestinian threats of violence and walking out of any ‘peace process’ is old, old news. Jerusalem is not on fire. Jerusalem is tense, and has long been so, because the Palestinians have not yet managed to come to terms with Israel’s right to exist. That is the real story. The Palestinians rage and rage and rage for only one reason: because Israel exists” (“Newsflash: Jerusalem Not on Fire!”, Gatestone, December 10, 2017). He adds that there are more journalists in Jerusalem looking for a story than protestors on the street.

The lid may be blown off the boiling cauldron soon. Israel will be ready for the ensuing violence, but the cost in human lives and injuries will be great. The faith of Israel will be tested, but the assuring promises of God’s Word will be confirmed.

Previous Breaking the Mold: An Arab Soldier in the Israeli Army

Next The Midrash* on the Mount, Part 2