A Muslim journalist unafraid to speak out

Khaled Abu Toameh is a Muslim citizen of Israel and resident of Jerusalem. He has been a journalist here for 37 years, having worked for several major Israeli newspapers, currently The Jerusalem Post. He is also a frequent lecturer and an award-winning documentary-film producer (NBC News [USA], BBC [UK], etc.).

Though widely-published and quoted internationally as a respected observer of Palestinian-Arab society and government, he is often condemned and threatened for exposing Palestinian Authority corruption and for his criticism of PA restrictions on freedom of speech.

I first heard Abu Toameh speak in December 2010, and again on April 20 this year in a briefing sponsored by the European Leadership Network (ELNET). To his credit, his candid views on many subjects have been very consistent. In a word, he is more bleak than hopeful for the future.

On cooperation between Israel and the Palestinian Authority (Judea and Samaria/West Bank and Gaza) during the coronavirus:

The good news is cooperation is not a new thing. It’s been taking place all along. It benefits Israel and the PA, but the PA doesn’t like to talk about it because it is seen as treason by a segment of the Palestinian population. Without security coordination with Israel, the PA wouldn’t last one day. [The terrorist organization] Hamas would take over. [President Mahmoud] Abbas owes his being in power to Israel.

When the COVID-19 virus was discovered, Israel acted immediately to help the PA because of the risk associated with the high concentration of the population. The PA had nothing. [Ed.: Israel has provided the PA with medical training, protective equipment and financial aid. Tens of thousands of work permits have been issued allowing Palestinians to continue working during the economic crisis.]

Israel sent testing kits to the PA. I personally saw the kits being delivered. These were returned to Israeli labs for processing.

Israel held training sessions in Jerusalem and elsewhere for PA medical teams including doctors, medical workers and administrators. A joint operations room was established for daily consultations between Israelis and Palestinians on dealing with the virus. This has been very effective because there have been very few cases of infections and deaths. Lockdowns were imposed, shops were closed, fines were issued and arrests were made.

But has cooperation had a moderating influence on the conflict? Sorry to say, no. There has been no change.

It’s a double game. Israeli law prohibits the PA from functioning in Jerusalem or anywhere in Israel. But since the beginning of the virus, all these Fatah [the main PA political faction] operations around Palestinian neighborhoods [in Israel], spraying streets with disinfectant, handing our pro-PA flyers, have not been true medical efforts. When Israel tries to stop them, then the PA says, “You see? They’re preventing us from fighting the disease!” It’s double talk.

It is this kind of rhetoric which incites young Palestinians to grab a knife and attack Jews. They see it as an act of self-defense.

Where has Abbas been all this time?

He has been in self-isolation at home since the beginning. He speaks from home by video to show he’s still in charge and appears to be fine. He’s saying, “I’m in control, the PA is acting on my instructions.” He has many health issues, however.

But most of the rhetoric concerns the threat of Israel annexing parts of the West Bank. He threatens that if an annexation takes place, the PA will respond by canceling all signed agreements with Israel, all security coordination, even the recognition of Israel by PLO Chief Yassir Arafat in 1993. Basically, “If you do anything we don’t like, we’ll revoke all our agreements.”

But it’s just rhetoric. If the PA revokes the 1993 Oslo Accords and cancels security coordination with Israel, then Hamas would take over and the PA and Abbas would be finished.

During the last two weeks, the PA attempted to rally international support for the PA cause and warned about the repercussions of annexation by Israel. At the United Nations, the European Union and in international agencies the maximum they could hope for was condemnation of Israel.

We’ve heard all the rhetoric before and nothing ever happened. So what’s the benefit of just condemning Israel? Why is it so important? Even regarding the medical issues? It’s a distraction instead of dealing with economics and the loss of jobs.

When the United States and other countries defunded UNRWA [the United Nations Relief and Works Agency responsible for Palestinian aid and development], the PA threatened, but did nothing. The PA has no power. It makes empty threats just to appease their people.

Why is there incitement against Israel?

It’s in their culture. The way to score points with the people is to condemn Israel. Then the people will say, “He’s a good man, he’s on our side.”

This incitement, however, is not seen as such by Palestinians. When Israel accuses them of incitement, they say: “Why is it incitement? It’s the truth. You are spitting on our cars, Palestinian workers [in Israel] are infiltrating the West Bank and spreading the virus.”

What is the best way to combat incitement?

The best way is by showing what you are doing. Translate what the Palestinians are saying from Arabic so the world will see the seriousness of the situation and the absurdity of it.

I’ve written about the good things Israel is doing. I get calls about it every day. But not many journalists are interested in these positive stories. They fully support the Palestinian side as right. Unfortunately, many are reporting on the basis of Israel is the bad guys and the Palestinians are the good guys.

On free speech in the PA:

That is not the issue. The question is will his replacement be any different?

In his first speech as president, Abbas declared he would follow in the footsteps of Yassir Arafat and hold to the same principles and goals. Any new leader will do the same:

No to concessions with Israel. No to agreements that don’t comply with all Palestinian demands. No to compromise. No deal is possible unless we get 100 percent of what you took [sic] in 1967, including East Jerusalem.

Is there any coordination with Gaza due to the coronavirus?

The situation in Gaza seems relatively good. Out of two million people in Gaza, only 17 patients tested positive. Israel is providing medical equipment from the World Health Organization and other groups to Gaza. 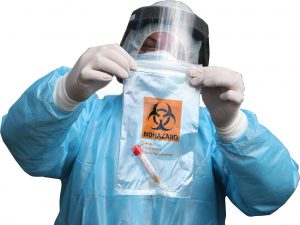 There is great fear in Israel that if there is an outbreak in Gaza, there would be a rush on Israel for medical services.

Hamas will not change. Their one major goal is to remain in power, even if it means coordination with the “Zionist enemy.” The number-one enemy of Hamas, however, is the PA. It is the goal of Hamas to bring them down. Israel is a lesser enemy.

This has led to coordination between Israel and Gaza regarding a prisoner exchange. Hamas still holds the remains of two Israeli soldiers, Hadar Goldin and Shaul Oron, plus two civilians who are believed to be alive.

Remember also that Hamas leaders have received medical treatment in Israel. Head of Hamas, Yahya Sanwar, had life-saving surgery in an Israeli hospital to remove a tumor.

The attitude in Gaza is that Israel is an enemy we can deal with.

In the West Bank, the PA’s National Ministry of the Economy does not boycott Israel. Trade with Israel is as big as ever.

The push to boycott, divest from and sanction Israel (BDS) is external, conducted by activists not living in the PA. Omar Barghouti is the founder of the BDS movement, yet [hypocritically] he has an Israeli resident card, an Israeli health service membership card, and a graduation diploma from Tel Aviv University.

How common is Holocaust denial and the belief that Jews have no historical connection with Jerusalem?

This is a cultural issue. Palestinians have the internet and access to information. PA TV, Hizbullah TV and Islamic Jihad TV are anti-Israel news sources. The real education comes from home, not from school, and there is pervasive cultural hatred.

Some Palestinians who [merely] had video conversations with Israeli activists were arrested. On social media they were shamed, called traitors and collaborators.

It is a tribal society and your clan could disown you. Families don’t want to be boycotted because then their daughters won’t be able to get married.

Though intelligent and well-educated [relative to other Arabs], Palestinians are indoctrinated and incited at home, on the street, through TV and at school. There is glorification of terrorists. No one will stand up to say, “Stop poisoning the hearts and minds of people.” If we don’t change that mindset, we will never move forward.

No Arab leaders can tell the Palestinians to compromise with Israel. Not in public anyway. It would be suicide. For this reason, the Saudis are considered Trump allies and Zionist traitors. On the other hand, those giving money to the Palestinians have leverage–like the Europeans, who fully support them [and give them political clout].

Is there a path to peace? 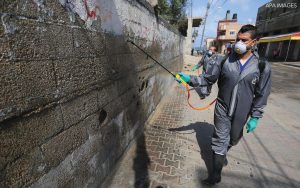 My view is that if you want peace with Israel, you have to prepare the people for it. But how can you be optimistic when you hear what’s being said in the mosques, on TV and by political leaders, even by those considered moderates? Peace, love and harmony are not in the near future as long as the narrative regarding Israel doesn’t change.

A double game is being played by the PA in coordinating on security, health, economy and trade, while publicly denouncing Israel.

This is the status quo: The number of casualties is down and violence has been reduced. This is peace. The Israeli national supermarket chain Rami Levi has a Palestinian manager in its West Bank settlement location. In Hamas-run villages, car repair shops have Jewish customers.

Every day I see wonderful things between Jews and Arabs. I can’t even report it all because people won’t believe it. They’ll think I’m collaborating!

Previous The end of democracy in Israel?

Next Everything is in God’s hands