– Israel is a miracle of God’s blessing

In the past two years, a new term, “fake news,” has become vogue. US President Donald Trump has not hesitated to call much of what he sees or reads in mainstream media (MSM) news reports fake.

His view of the world is different than the edited, manipulated version that reflects the left-wing agenda of many journalists. And many conservatives, Evangelicals included, agree with him.

Once upon a time, news consisted of facts alone. Opinions were kept to an editorial page or a special segment within a news program. Today that distinction has been blurred. Rather than news consumers making up their own mind what to think about a subject after being told the facts, now they are told what to think.

For years in these pages, we have said exactly the same regarding news reporting about Israel. Allow me to repeat an illustrative story which I’ve shared personally with audiences in various countries in recent months:

In Paris, a man saw a pit bull attacking a toddler. The man killed the pit bull and saved the life of the toddler.

The reporters swarmed the man.

“Tell us, what’s your name? All Paris will love you! Tomorrow’s headline will be: ‘Hero saves girl from vicious dog.’”

“But I’m not from Paris,” the man answered.

“That’s okay,” the reporters answered. “All France will love you! Tomorrow’s headline will be: ‘Hero saves girl from vicious dog.’”

“But I’m not from France, either,” the man said.

“That’s okay,” the reporters answered. “All Europe will love you! Tomorrow’s headline will be: ‘Hero saves girl from vicious dog.’”

“But I’m not from Europe, either,” the man said.

“Okay, so where are you from?” the reporters asked.

“From Israel,” the man answered.

Can we believe the reporters? Is there a message here? Sure there is. With certainty I can say that concerning the news, it’s not the truth that counts, it’s the reporter’s opinion that matters. He or she can change the news, add facts or leave them out, or make up the news–whatever is necessary to push his viewpoint–and the reader, listener or viewer will never know the difference.

This is very important because it influences public opinion about Israel and the Jews.

The true picture of what is happening in Israel is distorted by reporters who are heavily influenced by an anti-Israel, often anti-Semitic, Muslim/Arab version that is short on fact and high on hyperbole or lies. Too, they are guilty of lazy reporting that no longer bothers to check the facts and simply accepts the “conventional opinion” in their circle of associates.

Governments are acutely aware of public opinion and know how to mold the news media, regardless of the truth, to do their bidding. This, too, has consequences affecting Israel.

The number one, most-respected newspaper in all the world–ask any reporter–is The New York Times. On May 5 last year, there was a long report in The New York Times Magazine about Ben Rhodes, the top foreign-policy adviser of former US President Barack Obama and a former novelist.

This influential 39-year-old who spent two to three hours a day with President Obama and was his chief speech-writer, said: “The average reporter is 27 years old and knows nothing. We used the reporters to push our Iran deal. We created the idea of ‘moderate’ Iranians that we were negotiating with. And the reporters believed us.”

This tells us two things:

1. The most powerful office in the world considered journalists naïve, ignorant, and easily manipulated like puppets.

2. The White House deceived the world to sell a nuclear deal that will, ultimately, give weapons of mass destruction to Iran, legally, within a decade or so.

There was no deception by Iran regarding Israel, though. Iran’s intention of wiping out the Jewish state was stated again and again by Iran’s spokesmen, and still is today. Yet the negotiating nations were never deterred from their quest for any deal with Iran. The one they got was a poor one. By abiding by the guidelines, Iran will have unfettered access to nuclear weapons, and the world will have unfettered trade with Iran.

Israel is engaged in defending itself on many levels:
• Against nations intent on destroying it in a military or, worse, nuclear Holocaust.
• Against daily terror targeting Jews, young or old, male or female, in any place.
• Against attempts to cripple it by economic and academic boycotts and sanctions.
• Opposing campaigns to sway public opinion against Israel, which portray it as a nation that practices genocide.

In modern history, the situation has looked bleak for Israel numerous times. In May 1948, June 1967 and October 1973, Israel was vastly outnumbered and military strategists were certain Israel would lose.

In the Bible, too, the Israelites were persecuted or beleaguered numerous times, beginning with Pharaoh, the first anti-Semite in recorded history. And in the centuries since Bible days, Jews were kept apart and persecuted relentlessly.

Truly, Israel was and is a nation that dwells alone, that is not counted among the nations (Num. 23:9).

But always with faith in God’s protective hand, Israel has persevered and survived, miraculously, for millennia. It is an inspiring story of God’s faithfulness and blessing.

Previous Abbas Will Never Walk the Walk of Peace

Next Helping the needy in times fraught with fear 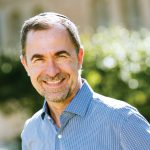 Confessions of a Former Pro-Palestinian Activist in Hebron

What is biblical prophecy? 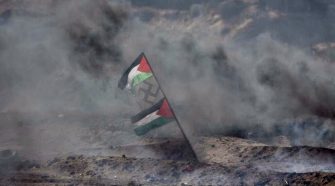 The unreported story about the Palestinians